As of this exclusively on-line edition of l'ArcaWeb/October 2020, l’Arca International’s publishing staff provides monthly news and updates about new projects worthy of a briefly and succinct mention. All readers can contribute by sending ain messages and images to redaction@groupep.mc   redazione@groupep.mc .

Marinas and Yacht Clubs, architecture on the scene 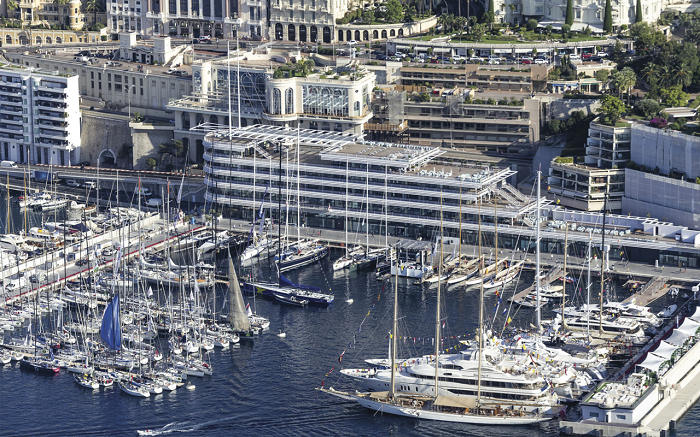 Starting around the year 2000, the world’s greatest architects who, until then, had almost exclusively designed yachts and boats, suddenly began to show an interest in the places for accommodating these yachts and the productive supply chain associated with them. 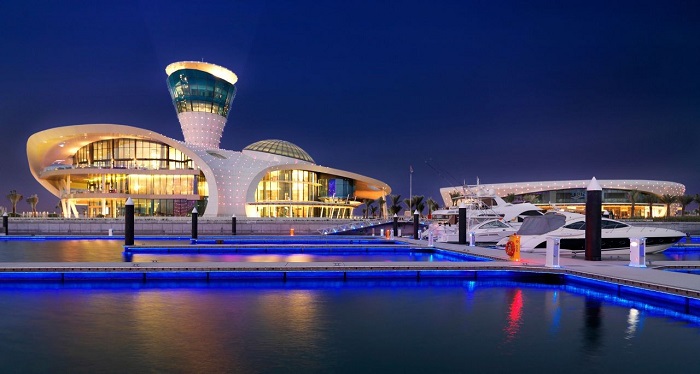 In actual fact, little harbours had existed for a long time, since way back in 1718 when Nevskij Flot was set up in Saint Petersburg followed, two years later, by the Water Club of the Harbour of Cork in Ireland. 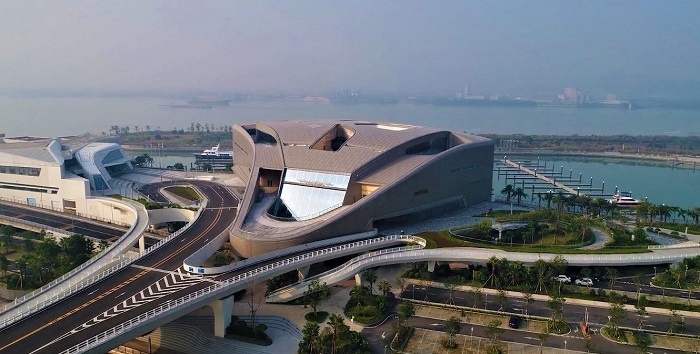 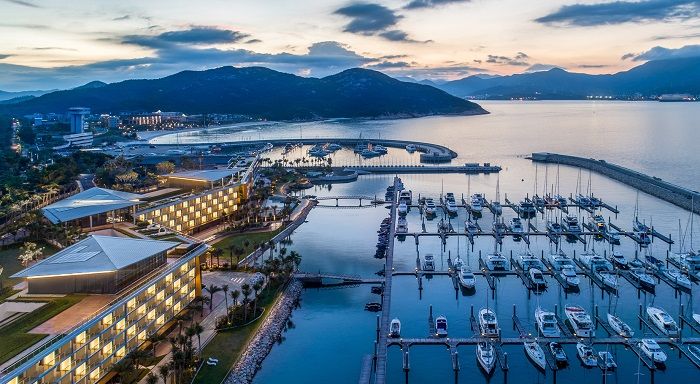 However, most of the constructors involved were mainly technicians, and relatively unknown to most people. And yet a seed had been sown in the creative minds of architecture’s leading players. Not to mention, of course, the obvious economic returns this kind of work would entail. 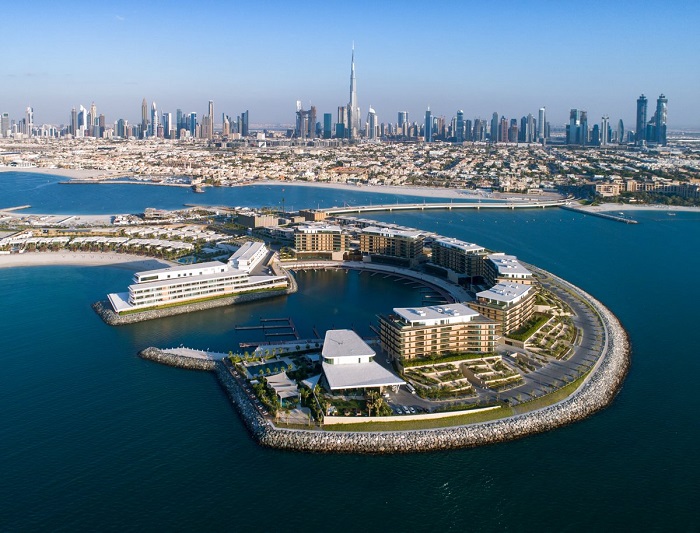 Many designers and architects normally working for the car industry (Pininfarina) or furniture industry (Philippe Starck) had already moved on to designing the exteriors and interiors of large yachts. The most famous of these archistars was Sir Norman Foster.

And it was again Foster who made the leap from yacht design to the design of sailing clubs when he created the Principality of Monaco’s Harbour and Yachting Club. 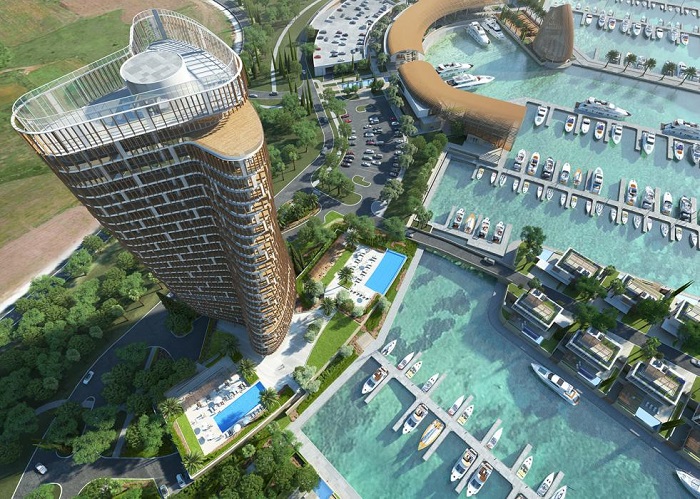 After all, if the stylistic features of great works of land architecture influenced ‘floating’ designs, why could not the latter exercise the same kind of influence on the “containers” of the vessels in question when they came to rest after long sea voyages? 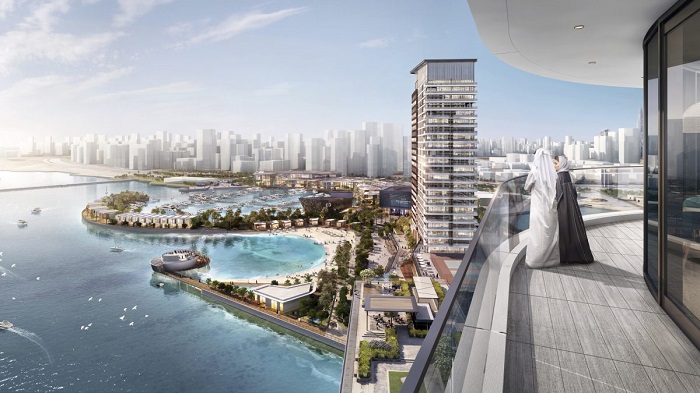 And so little harbours of the highest architectural calibre began to appear all over the world. From the striking monolith in Bahrain to the gigantic seagull in Doha, Qatar; from the rationalist claws of the little fairy-tale houses of Pionersky Marina in Kaliningrad, Russia. 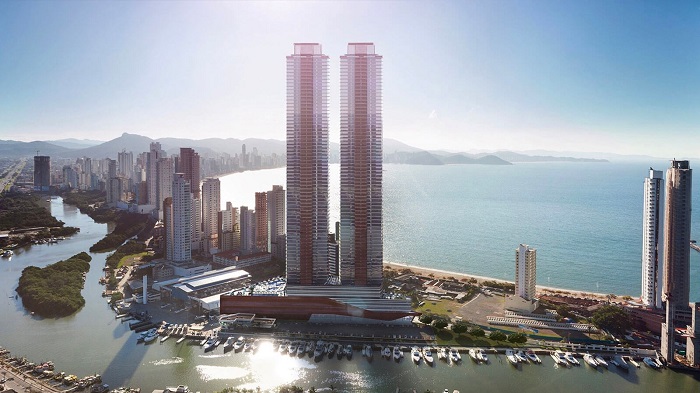 From Qatar Yachting Club in Doha to the alien Qingdao Yacht Club Marina in FuShan Bay, China; from the brightly coloured mushroom of Abu Dhabi in the United Arab Emirates to the slides in the little Chinese harbour along the banks of the River Xi as well as the new projects for marinas in the Côte d'Azur. 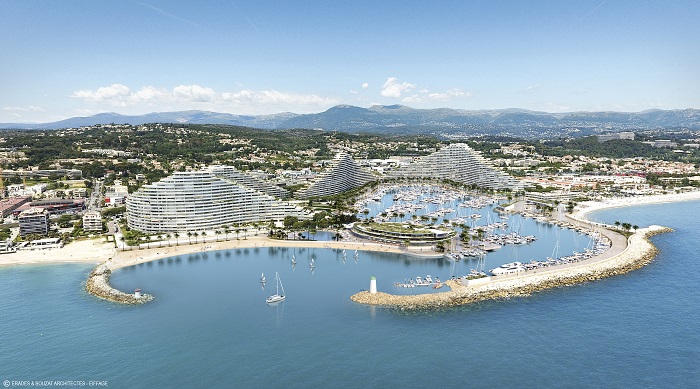 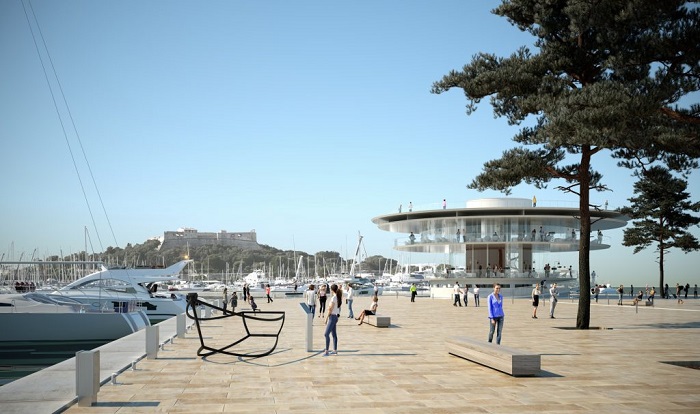 A magnificent procession of architecture at the sea for the sea. Foster’s harbour in Monaco (and everything it financially entails) is just the latest and most cutting-edge frontier in the yachting club industry. 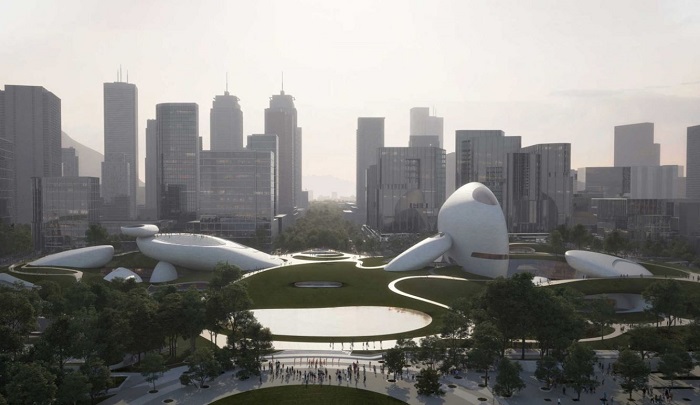 A large cruise ship “moored” in Quai Louis that has allowed him to create a high-tech and eco-sustainable masterpiece in partnership with Jacques Grange and Nelson Wilmot. Michele Bazan Giordano 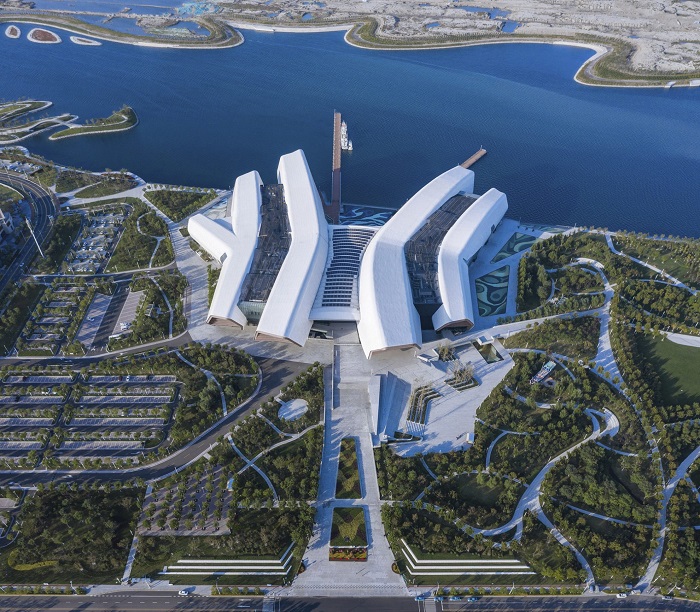