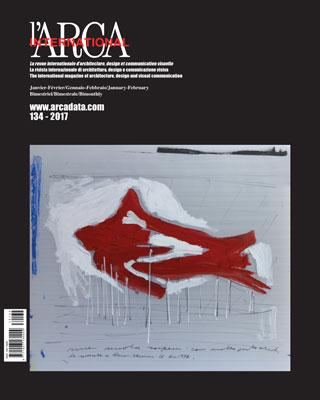 During the first two decades of this new millennium, Milan is certainly the European city that has built and keeps on building most new works of architecture of the highest design standard, without the people who have supported and organised this enterprise actually realising they have triggered off a public planning and private investment process that is most definitely changing the city’s image through these high-quality projects. Now, fifty years later, it would seem that time has stood still and the city is once again experiencing that old-fashioned thirst for modernity starting with Masisimiliano Fuksas’s Trade Fair and the City Life project, a new luxury neighbourhood featuring buildings designed by Libeskind, Isozaki and Zaha Hadid, which is currently being completed in the Porta Nuova district where the people of Milan congregate together and have fun.

It would be wonderful if this desire for inner-city innovation in Milan could continue for the next few decades and it will provided the programmatic agreement between the City Council, Regional Council and Railways about the reuse of seven old railway stations in Milan actually comes to fruition. Seven major areas around the city, which, if transformed in line with the latest designs and a spirit of innovation/action geared to the future (when society will most certainly undergo major changes in quality standards and mobility), will allow Milan, as is already partly the case, to become a fine example for the whole of Europe able to compete with cities like Paris and London. The current situation is already com promised by the appetites of architects (15,000 in Milan alone and 150,000 in Italy) and investors, who keep wading in with proposals without first clarifying the quantitative-innovative parameters, which, of course, should be extremely high and surprising.

I think that, before implementing the usual process of requesting professional teams (even of international status) to compete against each other and then award commissions by choosing from the best projects entered, it would be a good idea to take advantage of this unique opportunity to intervene on the cityscape, simultaneously transforming seven situations that are so important they will finally resolve the issue of the suburbs, social housing and mobility, by calling upon all architects to propose new ideas. A massive international ideas competition, open to everybody, with a unique aim in the history of architecture. A competition compared to which even the famous competition to design the Beaubourg Centre in Paris (a competition that actually led to a new design language we still used today) would fade into insignificance. A competition focused around Milan would most certainly see thousands of architects from all over the world involved, who would most certainly come up with lots of currently unfeasible ideas, which will inevitably help the city to set valid guidelines for the invitational competitions that will inevitably follow.

Let’s hope that the people in charge of public affairs in Milan do not waste this opportunity, as they did when it came to organising the after-the-Expo process. A unique opportunity to promote and boost tourism, investment and interest in the city. We, and everybody else here at the magazine, hope this will be the case, even though the “NOs” still hold sway in Italy at the moment.