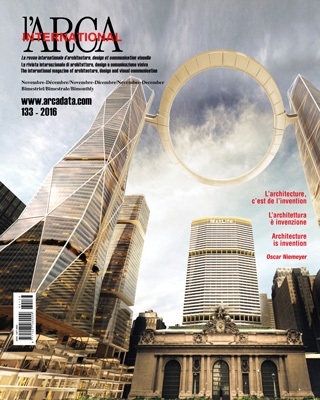 It is interesting to note that, for a number of decades now, the world of industrial product design or what is generally referred to simply as design has stagnated in terms of both ideas and experimentation. The great success that design has attained in wealthy countries right across the planets began back in the 1960s for very definite and familiar reasons: the level of wealth attained in certain countries after the war produced a consumer market of previously unknown proportions. The need to supply this new market resulted in industry identifying and proposing brand-new types of consumer goods, creating more and more objects that were all stylistically different and even functionally useless. A race to design a brand-new kind of object/machinery-focused aesthetics that had never previously been experimented with.

The future was being planned according to a kind of modernity already project into the year 2000. A new millennium that was still a very long way off. For the first time designers and industry were together experimenting with and researching into new systems and materials to develop and propose a new kind of modernity, rejecting tradition and contemporariness as stylistic languages; even at the expense of easy sales. Incredible courage that altered (despite resistance from conventional markets) our habits and customs in everything from music to fashion, touching on every other realm of creativity and manufacturing. From the arrival of this fateful new millennium right through to the present day, it would seem that very little has been innovated and we have continued to simply rely on tried-and-trusted experimentation, constantly re-proposing the same old experiments from previous years without ever gambling or taking any market risks. International design has chosen contemporariness, seen as respect for tradition, to the detriment of modernity, seen as a means of looking ahead to the future.

Businesses, including Italian companies, have, for some time now, stopped financing new research in the field of materials, preferring instead to offer markets products that are chosen for and serve marketing purposes, so that design research and development can be focused exclusively on the intangible world of the Internet. An approach that is being mirrored in every field of design, only leaving modernity room to express itself through the widespread use of new “smart” prostheses, failing to make the necessary linguistic upgrading of design, which must also be “smart” both in its appearance and workings. This is a line of research that up-and-coming generations of architects and designers should investigate and explore, which will certainly be met with great interest and (why not) even commercial success.