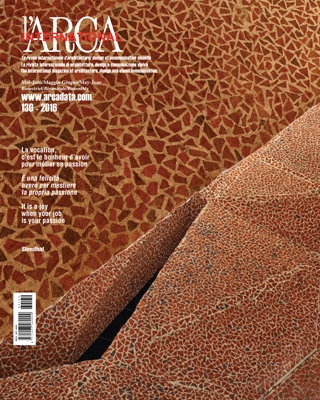 Has the “market” won?

Once again, just like every year, Milan has celebrated its furniture and design week. An event that simultaneously encompasses the famous International Furniture Show held at the Milan-Rho Trade Fair, the “Fuorisalone” (Off-the- show events), various kinds of displays and events involving an array of public-private spaces in the city centre and, after 20 years, the XXI Triennial with its 19 exhibitions focusing on the subject of “21st Century. Design After Design”. This incredible series of exhibitions and displays, unique of its kind in the entire world, has, as expected, been incredibly successful with hundreds of thousands of visitors from all over the world literally transforming the entire city into a gigantic playful bazaar over the course of the seven days of events, where everybody seemed happy and willing to look at, buy and sell just about anything.

We witnessed thousands of ideas and proposals for new products, particularly furniture and more or less stimulating installations that involved almost the entire Italian and international manufacturing- creative industry, but, even though thousands of designers from all over the world attempted to push their professionalism to the extreme, I actually think there was a complete lack of research, experimentation and dreaming. All creative qualities that have enabled Italian products to make a mark all over the world from the 1970s onwards, thanks to the endeavours of Italian designers and companies, achievements that have always heralded the great success of the Furniture Show, Triennial, Fuorisalone events and the entire crazy week of events in Milan. It would seem to me that there is nothing “after design” except a certain creative weariness, with a worrying tendency to reread what are mainly reproductions of languages and technologies that might well be classed as “déjà vu”, enticing consumers with products in which there is a hybrid mix of the new and familiar.

I am surprised myself but, in actual fact, the only product that really caught my eye was a table with four extremely thin legs, measuring four metres in length with an incredibly thin top. I hope this is not the beginning of a period of stylistic involution for design which the usual “know-it-alls” will de ne as “post design”, as happened in the realm of architecture when it invented and celebrated the “post-modern” due to a lack of any real ideas. This ended up spreading across half the planet in the form of a simplistic compositional system, which, sugar-coated with a layer of pseudo-linguistic intellectualism, attracted great media attention and heralded the success of stylistic blandness; much to the satisfaction of property marketing. I hope that the “market” and “emphatic marketing” do not succeed once again, depriving the avant-gardes of new generations of designers of the chance to innovate, experiment and keep on believing that the future could be better than either the present or the past.