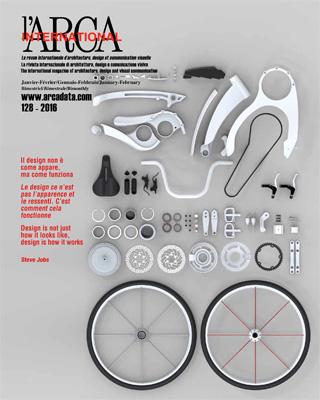 Everybody is well aware that no solution has yet been found to social and housing issues associated with major urban agglomerates outside big cities, generally referred to as suburbs or hinterlands and composed of buildings without any socio- cultural infrastructures that all look alike, other than the radical approach of knocking everything down and regenerating these areas along new urban guidelines finally compatible with the well-being of their inhabitants.  But there is no political desire or necessary resources required for implementing what is, in fact, still just a pure utopian dream, despite the vast array of reasonable projects and proposals studied in faculties of architecture everywhere and by architects from all over the world.

Almost every issue of our magazine presents even more cutting-edge projects for new cities of the future designed not as a combination of buildings and empty spaces, but as one giant infrastructural organism carefully sized in accordance with the surrounding territory and local customs and habits. But these are simply research projects that do not catch the eye even in those countries undergoing major demographic growth, where new but impossible cities or suburbs really do need to be built around metropolises. Suburbs which, all over the world, continue to generate violence, protest and anarchy.

But finally, Renzo Piano, who deserves his status as a brilliant and ingenious architect, has had what I think is a wonderful, winning idea; working with a number of his young assistants, he is developing a simple experimental project for certain suburban districts of Milan, a project that could easily be implemented. It is a matter, as Mr Piano himself says, of “mending” (in the real meaning of the word) the most dilapidated working class urban areas by stitching back together all the points of “rupture” in the environment and cultural scene.

A combination of micro-projects which could really change the quality of life of these inhabitants based on just small investments. This can be achieved by designing and furbishing small public facilities serving cultural, leisure, commercial and social proposes backed up by maintenance work to repair or adapt buildings based on creative new ideas for communal spaces. A proposal that would not just create jobs for lots of young professionals, but also, in the face of all these high-quality micro-projects, vandalism would inevitably cease and public administrations would inevitably see these carefully gauged solutions, which do not waste or squander resources, as a means of gaining greater popularity.