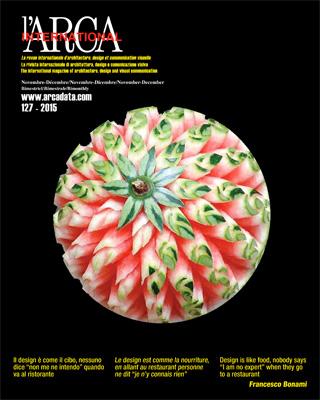 Paraphrasing a very famous quote by Gillo Dorfles: “not all kitsch is art, but very often art is kitsch” and replacing art with architecture, even viewed on its highest plane, it is easy to imagine that, in our age, lots of architecture right across the planet is turning into something very similar to kitsch, although lots of people see this in a positive light.

On one hand, the globalisation of thought and information, which tends to standardise the parameters of architectural quality and beauty and discourage any propensity for individual experimentation or expression, encourages (in order to stand out) the design of projects for buildings with increasingly unlikely forms and appearances that really startle us due to their stupidity and incoherence.

On the other hand, clients in search of fast and easy media coverage for their own creations rely on their investments belonging to the realms of the incredible and fantastic, realising that, due to the uniqueness of an aesthetics alien to architecture, this will certainly allow them to attract interest, communicate and enhance their market appeal.

In addition to what I would describe as a worldwide situation, there is also the attitude of certain European countries, with Italy to the very fore, of desperately wanting to salvage (whatever the cost) buildings that have only been abandoned for a few decades, which, despite having no particular historical or monumental qualities, are conserved as urban relics. Recollections of the past for present generations only, but quite unknown to those of the future. Renovation projects that inevitably have to be assigned new purposes, so we end up with old workshops being given a makeover and converted into nursery schools or museums, as well as other aesthetic-formal incongruities characteristic of kitsch objects, like radios that look like little dogs.

But even renovation sometimes manages to be reasonably well aligned when old buildings in historical city centres are completely restructured, repainting the facades in rather incredible colours - pink, yellow, pea green, ochre and red - as has happened in Domodossola town centre.

All situations that closely relate the current world of architecture to the kind of feel associated with kitsch, a feel that easily generates superficial consensus. I only hope kitsch does not become the distinctive “style” of our age.