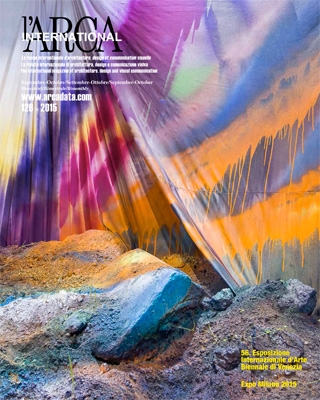 And what about merit ?

What Italian culture is going through and being subjected to in Milan and Venice is actually rather unique. Milan will be hosting its Expo for six months with 145 nations taking part and the 56. International Biennial of Art, which will also last six months, is currently underway In Venice under the curatorship of Okwui Enwezor, an art critic, journalist and writer and, last but not least, Alejandro Aravena, a Chilean architect and writer, has been appointed curator of the 15.

International Architecture Exhibition to be held in Venice in 2016. Three international events of enormous significance and importance both for the image of Italy, the host nation, organiser and financer by means of public funding, and also for the country’s cultural status on the current European scene. A position that the organisers and entire nation are proud of; indeed the two events currently under way will attract an estimated twenty million visitors from all over the world.

I have no intention of passing judgement on the content or quality of the two events in Milan and Venice, since this issue of the magazine will be outlining and critically analysing them with great precision and care, but I would like to take this opportunity to express a few thoughts about the selection process for appointing the people in charge of their art direction and for determining all the miscellaneous content.

Even though these are all events financed by public money, the commissioners and art directors are all still appointed on a direct basis, avoiding any transparent selection process based on the merits of candidates putting forward their own high-quality individual projects paying no heed to commercial considerations and all those familiar cultural lobbies. This would involve the careful selection of great professionals, including Italians, bearing in mind that for a few years now Venice has preferred foreigners, who could present their own decidedly innovative competing ideas, so that visitors from all over the world are kept up-to-date (with the utmost clarity) about all the latest developments, innovative research and actual state of the art of the various disciplines on display. The Expo, in particular, is also an opportunity to highlight emerging new talents in architecture and communication.

Italy has just passed a new law on “proper schooling", which, for the first time ever, is intended to introduce the idea of hierarchy based on merit among teaching staff; a simple and universally familiar concept, which should always be acknowledged even by public cultural bureaucracies.

The President of the Biennial, Paolo Baratta, had this to say about the forthcoming Biennial of architecture: a Biennial that once again sets out to react to the separation existing between architecture and society, which over the last few decades has, on one hand, led to the spectacularising of architecture and, on the other, to a complete giving up on it. Well, we are always happy when architecture takes on such a status that it is described as spectacular and we firmly believe that good architecture is still constantly being overlooked, not because of a lack of interest on the part of ordinary people but due to the de- meritocracy characterising the process of appointing leading public figures in the world of culture.

As Oriana Fallaci has written, in the decision-making bodies of the international cultural-creative scene, the mediocrity of the politically correct always prefers quantity over quality.