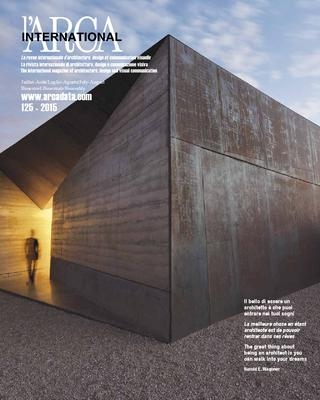 Feed the Planet, Energy for Life

After all the polemics, pilfering and awful information, Expo 2015 has finally opened with a rather different masterplan than that originally announced during the initial presentations and over the next six months at least 20 million visitors are expected. Here are my impressions after two rather tiring trips, both just to get there and to tour around the Expo itself. The first thing I would like to point out is that Milan Expo certainly is a first-rate international exhibition, which, based on the theme “feed the planet”, has nothing to envy of its famous predecessors.

Despite all the scaremongering, each country constructed its own “building” on time, offering that traditional combination of exhibitionism and stylistic experimentation, some of which is really quite admirable and anything but bland.

A friend of mine described it as “a box of chocolates”; the Expo is, indeed, a fine package full of tasty, enjoyable and colourful contents. In a nutshell, a feast for the palette and eyes. The only thing missing from this orgy of food is any real attempt to feed the mind as well, at least making some effort, as has very often happened at previous Expos, to create a building or architectural landmark that opens up the way to new languages and future experimentation in the realm of architecture. I am, of course, referring to the Crystal Palace, Grand Palais, Eiffel Tower, German Pavilion, Fuller Dome and British Pavilion in Shanghai. Perhaps the most committed building, at least in terms of its incredible exploits using Italian concrete, is Palazzo Italia, whose overall appearance reasserts the current cultural and political situation in Italy, never lacking in ambition but rather timidly implemented at rather excessive costs.

There is no doubt that architectural design in general, viewed as an attempt to foresee at least the near future bearing in mind the latest technological-scientific discoveries, is not very well represented here, except for a few extremely striking pavilions that are, however, almost inevitably constructed using tried and tested techniques.

On the other hand, there is an embarrassing lack of transportation aids for visitors, forcing everybody to walk around everywhere : you have to walk for miles without any kind of mechanical aid for the elderly or weary, and the signposting is entirely touchscreen and not always fully functional. It also is not clear why the administrators decided not to get the city of Milan involved in the event whatsoever, as if there was some huge rift between these two major players, not just physical but also in relation to the media.  There do not appear to be any more tourists than usual in the city, despite the Expo claiming to have millions of visitors.

Nevertheless, despite everything it is been a great opportunity to revamp Italy’s image around the world and that is why over the coming months our magazine will be inviting architects from all over the world to suggest future visions for the Expo site, whose future destination still has not been decided.