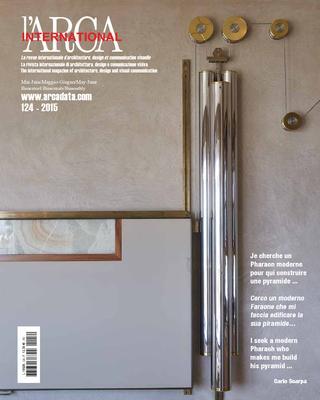 Three years ago I wrote that, before using a vast area of land close to a city like Milan for hosting a major short-term international event, it would be useful to think about how the area could be used after the event has finished. An area, which, having been commissioned to host a World Expo, has inevitably been furbished with all the best infrastructures possible in terms of transport, hospitality and communications. Well, nothing like that was thought about or envisaged; the Expo is about to begin and even now nobody has a plausible idea of how this 110-hectare plot of land, now inevitably a prestigious and well-known international location, will be used after all the Expo pavilions have been knocked down.

In any case, I hope nobody starts thinking about “citadels” of justice, sport or university facilities. All solutions which in the past have only produced piecemeal and discriminatory results, without the possibility of adapting to the high-speed changes characterising our modern-day society in terms of its norms and customs. Milan, a city with a real vocation for innovative modern-day architecture take, for example, Fuksas’s Trade Fair, the City Life project designed by Zaha Hadid, Isozaki and Libeskind, and the Porta Nuova-Garibaldi area designed by Pelli, Kohn, Pedersen and Fox etc. will never get another chance like this.

That is why we are once again suggesting that both the Milanese and regional authorities undertake the kind of project that Paris took on fifty years ago to transform the Le Halles district by launching a worldwide competition to design the Beaubourg Building, now better known as the Pompidou Centre. A competition that achieved worldwide notoriety and was entered by over 500 architects from all over the world. It will not require a major investment of resources, just a decidedly innovative tender calling for a global project for the entire area, one single huge construction catering for inevitable developments in building methods over coming decades that embodies the latest scientific research into new materials and structures that are sustainable in terms of quality and non-polluting industrial production.

Above all, it must be a real community, where people can live, work, study and enjoy themselves, regardless of their financial wealth, possibly in harmony at least with the natural and artificial environment. Not a new city but a new and partly autonomous neighbourhood capable of becoming a sort of “magnet” attracting people to Milan and stimulating a new kind of cultural tourism coming from all over the world. Just has been the case in Paris, where tens of thousands of tourists still come every day from all over the planet to visit Beaubourg.

The choice of the panel of judges will also be important, undoubtedly made up of internationally famous architectural designers of great prestige. Let’s not forget that the head of the panel of judges for the Paris project was none other than Jean Prouvé, who awarded the contract to one single project out of five hundred, and that it was built without one single kilogram of concrete above ground, or one single brick or piece of plaster. That is why fifty years later I think it is reasonable to seriously imagine building using techniques similar to those used in the mechanical engineering and shipbuilding industries.

After all, these are not my own technical prophesies, they come from Jean Prouvé himself, who believed that buildings should be constructed by companies like Citroen.

So now I am asking myself and all of us here at l’Arca International are asking ourselves: why not? We will see how things are progressing in the next issue.