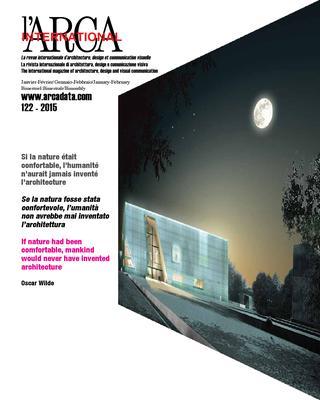 In the early 1970s, the President of the French Republic launched an international competition, which was entered by 650 architects from all over the world, to build a new cultural centre in Paris.

After being constructed a few years later, the building became the George Pompidou National Centre for Art and Culture and is now as famous as the Eiffel Tower. Nevertheless, not many people are aware of the prophetic-innovating power that this project, designed by Renzo Piano and Richard Rogers (in partnership with the much-overlooked Gianfranco Franchini), continues to exude in modern-day building culture, even though it is now half a century since it was first built, displaying building methods and materials that still outshine even the very latest methods.

One of the reasons why the project won the competition was because Jean Prouvé was the head of the competition’s panel of judges. Mr Prouvé was convinced that the buildings of the near future (which now corresponds to our present) would be built by car manufacturers based on shipbuilding principles. Reinforced concrete for the underground section only, and then iron, steel, aluminium, wood and now even resins and carbon fibres etc.

No more bricks, plasterwork, stucco work, tiles etc. An authentic cultural and scientific revolution set underway by Jean Prouvé and Ludwig Mies van der Rohe, which has been interpreted and developed by a large number of present-day architectural designers, that is still largely overlooked by builders all over the world as they continue to only industrialise certain components of a given construction and not the entire building.

The latest designs by the very best young architectsresearchers, whose work we regularly document, clearly show that, in the near future, projects for individual building (the kind currently combined with many other different projects to form an innercity neighbourhood) will no longer make sense.

Design will focus on the construction of one single complex building, equipped with shared public infrastructures and services, inhabited by thousands of families with no motor vehicles inside it and with both public and private spaces geared to various family and work requirements. The kind of complexity involved is similar to that associated with the construction of a large cruise ship and the building-design processes are also similar. It will not be long before this small leap in industrial progress actually happens.

I am once again proposing that the 110 hectares of urban area that will be freed up at the end of Expo 2015 should be used to emulate the French competition for Beaubourg, launching an international competition for all those architects around the world with their own ideas about how to build a new piece of cityscape destined to last at least for the next 50 years, as has been the case with Beaubourg, which will draw on the research and expertise of major building enterprises and leading European engineering industries. A project and an idea that will help boost Milan’s image so that, even after the Expo, it will continue to be an active and thought-provoking European city unique of its kind in the entire world.

An opportunity that is unlikely to present itself again, at least in Italy, bearing in mind that the land in question is public-owned and any speculative ideas would be of public utility only.