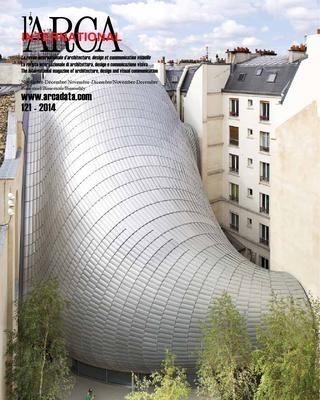 For a number of months now projects or rather ideas about possible and impossible proposals for cities have been published in every issue of this magazine. Unlikely proposals all deriving from the observation that the human race, due to the demographic growth that characterises it, will soon no longer be able to continue organise the life of millions of people in urban structures like those currently in existence.

Cities and metropolises created based on the kind of territorial organisation resulting from experiments dating back to Ancient Rome involving vast arrays of either individual buildings or combinations of constructions separated from each other by spaces, all sized according to the shape of the vehicles that need to pass between them and with larger spaces designed for social activities.

Urban systems, which, until very recently, have worked effectively enough but where, due to the increasing number of cars in both small and large cities (almost 3 cars for each family), all the spaces for parking these vehicles are now full to the point that they are also taking up pedestrian spaces in Italy.

This is a serious, indeed extremely serious issue, comparable to the Ebola epidemic. If we continue for another ten years at the present rate of introducing new individual means of four-wheeled transport, then there will be constant traffic jams and congestion in a number of cities resulting that will have unpredictable social implications and inevitable result in a collapse in the car industry and, hence, important reduction in jobs in the whole of Europe.

I think it is time to call upon the most talented people to come up with solutions that will allow architecture to regain qualitative control over the territory, rejecting the idea that town-planning laws and standards, which are exactly the same for everybody, are still meaningful. I think we need to try and organise the lives of millions of families in dwelling areas equipped with all kinds of social services and leisure/work facilities, in which all individual and public transport for the local inhabitants is carefully laid on and mechanised. Any individual means of transport will be stored in silos in the outskirts of cities. Rather like the current situation in Venice.

The time has now come to move on from dreams, which we will obstinately continue to document, to concrete proposals to be submitted to those responsible for allocating resources for solving this issue, which now needs to be given much greater attention.

We might begin by inviting Milan City Council to organise a major international competition to create a new mini city with 10,000 inhabitants to be built on the site of the forthcoming Expo 2015. This enterprise would continue to attract the attention of the entire world even after the Expo is over and could become a unique example of experimental research to be repeated and improved upon.