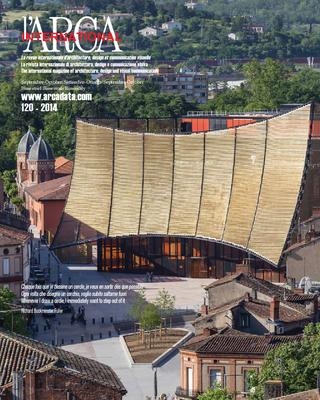 It is now only a few months until the official opening of Milan Expo 2015, unquestionably an important international event, which, despite the odd legal and organisational hiccup, would appear to be on schedule and able to maintain what it has promised. As envisaged, millions of tourists from all over the world will pour into the city of Milan and the whole of Italy, most certainly providing a boost to the nation’s finances but perhaps failing to hit one of those targets that all Expos more or less managed to achieve: providing a workshop for design/creative experimentation into architecture. I

n the wake of Shanghai we knew it would be hard to compete on a design level, and a lack of real commitment on the part of many nations, at least in terms of the quality of the stylistic design of their pavilions, means there will be plenty to argue over and discuss in the near future.

The next two Expos are scheduled to be held in Astana, Kazakhstan, in 2017 and in Dubai in 2020. Two events whose global ambitions will encompass one single bold architectural project capable of encompassing and representing the entire event through one mega-organism bringing together and promoting the ideas and proposals of the host nation, as well as all the services and utilities involved. In order to withstand comparisons, the other nations taking part will have to be seriously committed. It is only three years until the Astana event but nobody in Europe is doing anything yet, whereas, in actual fact, now is the time to start organizing serious competitions and providing the opportunities for new cutting-edge European architectural designers to put forward their own best innovative ideas, because afterwards it will be too late.

That is if we want to keep on believing in the usefulness of these regular competitions, which continue to consume vast resources and provide the general public, who actually finance them, with less and less opportunity to assess the world-class standard of scientific-social progress that civilization right across the entire planet has now achieved. Expos were designed for this sole purpose and many of them have completed this task most successfully. If this is no longer the case, why not assign the nation hosting the Expo the task of focusing all these resources and ideas, with the aid of all the other nations taking part, in regenerating one of its major cities.

This means focusing resources on projects aimed entirely at raising the quality of free spaces/buildings and enhancing public infrastructures that are currently either inadequate or completely lacking. Then we really would have a fantastic competition between different countries all attempting to demonstrate their cultural, scientific and design standing while leaving a serious trace of what they are capable of achieving that will be expected to stand the test of time.

The totally transformed city will most certainly be a destination for visitors not just during the event itself but also afterwards. Just like the Olympic Games and Football World Cup, every four years we will have a fantastic, useful and unique work that all the different nations will have generously taken part in with great pride and generosity. I think this is an idea worth working on.