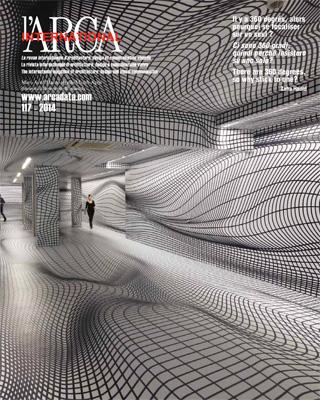 On various occasions in the past I have already had the chance to write or discuss about the issue of whether, at least in Europe, it might be more advisable to construct new buildings on free plots of land rather than regenerate or readapt abandoned constructions.

There is no longer any demographic growth in our countries and, thanks to health care and scientific progress, the population is continuing to age, meaning a fall in the number of new jobs and the need to construct new housing facilities. Given this situation, I believe it is absolutely obvious that we cannot allow both our small and large cities to keep on spreading like oil slicks, shifting residential areas from old city centres that are now so expensive to live in due to their environmental-artistic qualities.

In all major cities young families can only find homes in the suburbs or in small neighbouring towns and villages, often poorly connected to the places where people work that are often in the downtown neighbourhoods of those cities they have had to move away from. Without considering that we also keep on depriving farming of cultivatable land.

These thoughts seem rather obvious but, due to a lack of any European scale directives, the market and speculation, which are the same in all nations, are showing no signs of changing, and so I think the time has come for at least those architects and builders most sensitive to social development to take a clear stance.

We keep on designing and building magnificent constructions for the services sector, mainly just to free up other buildings accommodating the same operations, which consequently end up being abandoned; we have residential neighbourhoods full of dilapidated council buildings and yet we are still constructing thousands of new flats and apartments destined to remain empty or unsold for years. Hundreds of historical and institutional buildings in city centres are left empty serving no new purpose or, in the best of cases, allocated for mysterious “cultural enterprises”.

In conclusion, I do not believe we can continue “adding on” without first reusing and redeveloping everything we have cast aside and abandoned so thoughtlessly in the name of the all-pervasive ideology of waste. At a time when there is such a lack of work opportunities not just for young architectural designers, if we seriously considered creating “new things” merely by getting rid of, scrapping and regenerating useless meaningless old buildings in city centres and, above all, in the suburbs, replacing them with buildings geared to our age in terms of both their aesthetics and efficiency, then at least the economy and architecture would profit in exemplary fashion.