Beginning in June 2019, cn°S has completed the of Changqi Bamboo Corridor project and the Huanglong Waterfront Bamboo Corridor project. In September 2020, commissioned by the Beijiao Town Government, cn°S designed the art installations in the Xianmo Flower Field Landscape Park to improve the environment of the park. 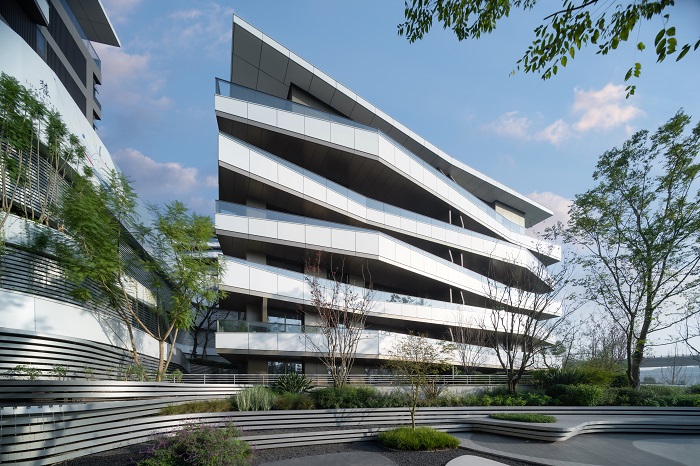 LuxeRivers, Chongqing, China, project: SAOTA. LuxeRivers is a new mixed-use development in Chongqing, a large city in southwest China, on a steep site at the confluence of the Yangtze and the Jialing Rivers. It comprises several blocks of luxury apartments, residential villas and commercial elements woven together with extensive infrastructure, including bridges and tunnels, landscaping, paths, water features and recreational facilities. 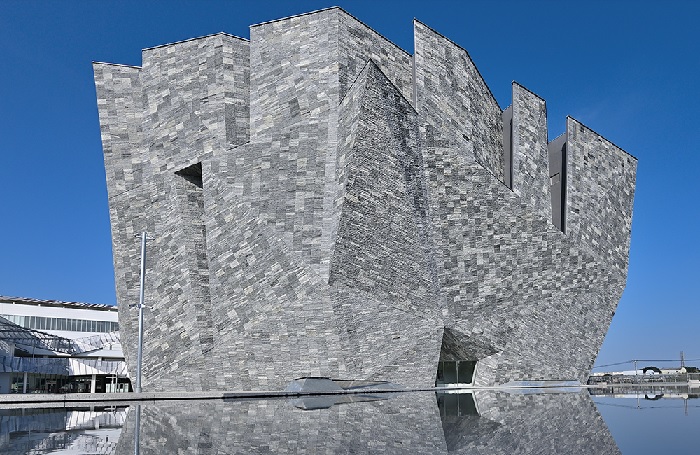 Designed by Kengo Kuma, the “Kadokawa Culture Museum“ is part of a multipurpose complex called “Tokorozawa Sakura Town“ located about 30 kilometres from downtown Tokyo. Twenty thousand 70mm thick black and white granite slabs were used to build the Kadokawa Culture Museum which appears like it thrust up and through the Musashino plateau. 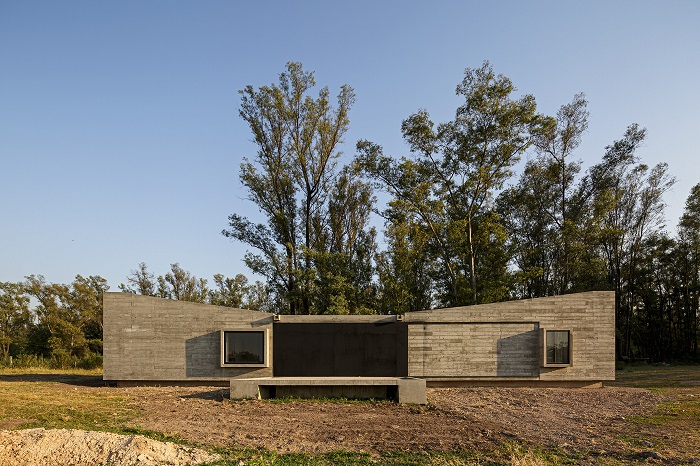 Adolfo Schlieper, Cintia Colazzo, House in El Paraíso, Argentina. The house is located 180 kilometers north of the city of Buenos Aires in El Paraíso. The site has two landscape areas: the countryside, which we think is extended to infinite levels, and the forest surrounded by millennial trees, which dominates a large part of the land, generating wooded landscapes. The form of the house has a relation to the idea of relating visually to the landscape. 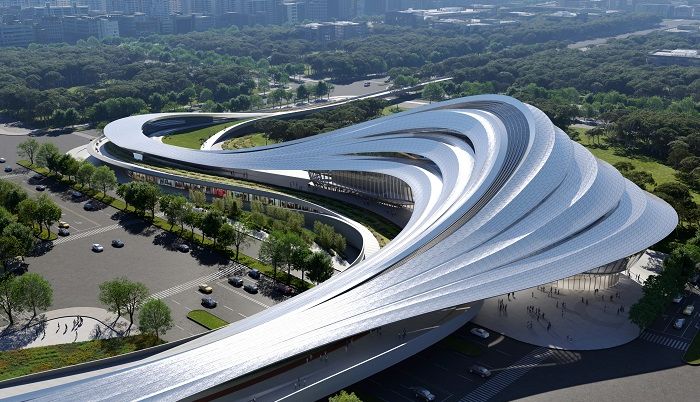 Zaha Hadid Architects (ZHA) has been named winner of the competition to design the Jinghe New City Culture & Art Centre. Jinghe New City is growing as a science and technology hub north of Xi’an in China's Shaanxi province. Designed by a+b/ Dominoni Quaquaro, Snowking is a new seating collection by Caimi, where design shows an understanding of acoustic issues, adapting itself accordingly. Greater privacy and protection are achieved through a very high back, which also provides an extensive sound-absorbing surface; the shape renders its size less dramatic, highlighting the grace of its lines. 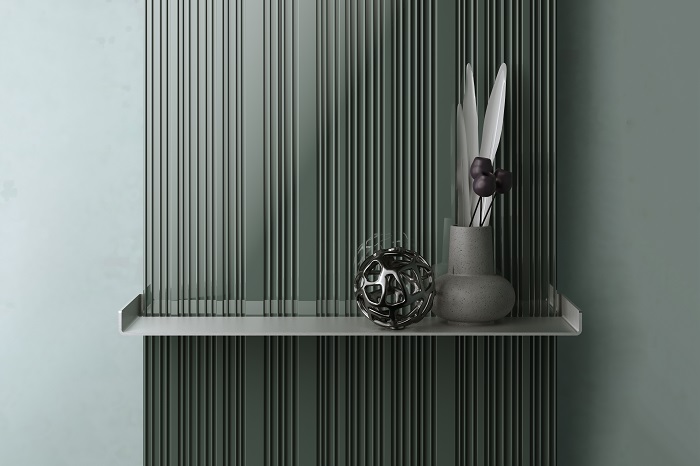 Tessuto is the new modern and refined radiator designed by Marco Pisati for Cordivari Design inspired by the textures of the fabrics with the desire to reproduce the wrap on the surface of a vertical radiator. 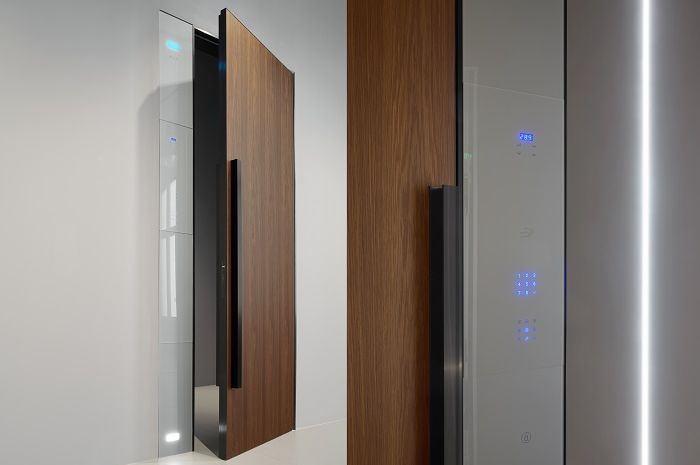 ETHER, designed by Marco Piva for Lualdi, is an innovative door system equipped with an advanced door jamb which accommodates the interface developed by Microdevice. All this is done in a way that is completely linear and customizable: the different finishes of the Lualdi product are matched with the various optional packages, enabling a varying number of Microdevice functions to be adopted according to the needs of individual users. 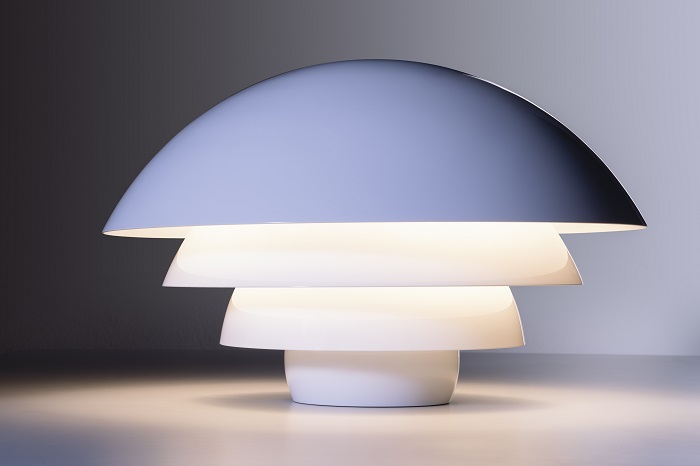 Martinelli Luce has chosen to pay tribute to the Milanese designer Sergio Asti, who died in July 2021, by re-editing the Visiere table lamp. Three hemispheres are superimposed in a play of light and shadow, spreading a soft, modulated light in varied tones across the various levels. Terra di Matera, Terra di Pompei and Terra di Saturnia are the three new colour inspirations displayed by Laminam at the 60th edition of Salone del Mobile in Milan. With  "Le Terre", Laminam recounts a culture of deep roots and respect for the territory and proposes warm textures that can be perfectly matched with the other inspirations of the IN-SIDE range. At the Salone del Mobile Milano SICIS presented a series of environments characterized by specific cultural influences, ambiences in which to breathe an international and contemporary air.  These include the new Botero modular system with generous and rounded shapes, presented in three different variants. 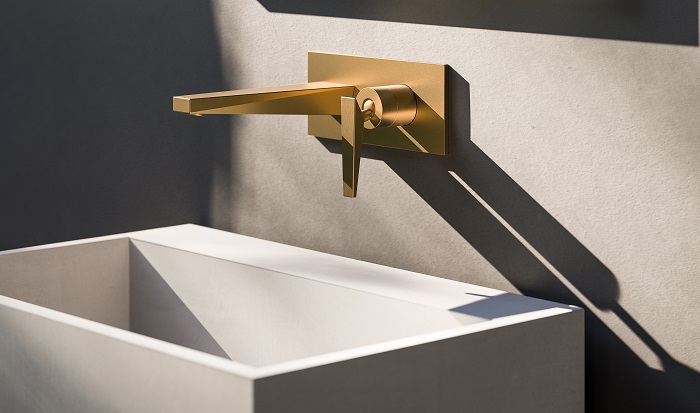 Designed by Soo K. Chan, Fractal, is the new series offered in numerous finishes, equipped with the technological and functional pluses that are typical of Cristina Rubinetterie products. The name refers to the geometric figure of the prism. The body of the mixer is in fact characterised by several flat strips that create the faces, limited by parallel lines that create the edges. 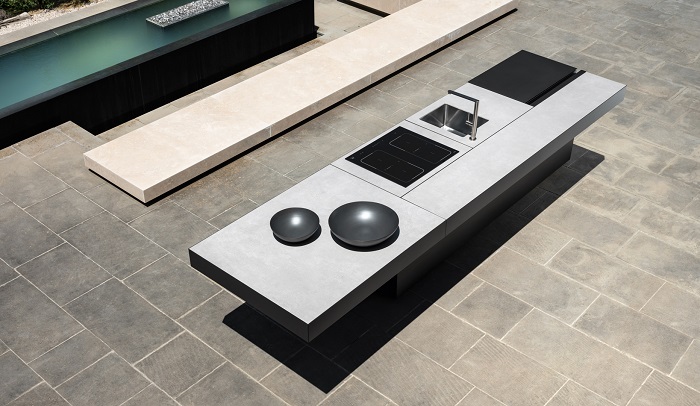 Designed by Nicola De Pellegrini (Anidride Design), Tikal is the Talenti’s first line of outdoor kitchens, presented at the Salone del Mobile Milano 2022. With its frame made of an alloy of steel, zinc, magnesium and aluminum (Magnesit), it boasts special outdoor paints suitable for high temperatures. Tonelli, Hybrid, design Massimo Castagna. The rhythmic pace of the wooden strips composing the base of Hybrid make it a table of great contemporary charm.The alternation of materials between base and top express the design feature of the table and offers space to personalization allowing it to match any home model. Born from the collaboration between Turri and Monica Armani's international style, the new Roma capsule collection combines aesthetics and innovation, technology and tradition, in a perfect balance, typical of the Ms. Armani’s stylistic code and the well-honed execution of the Turri company. 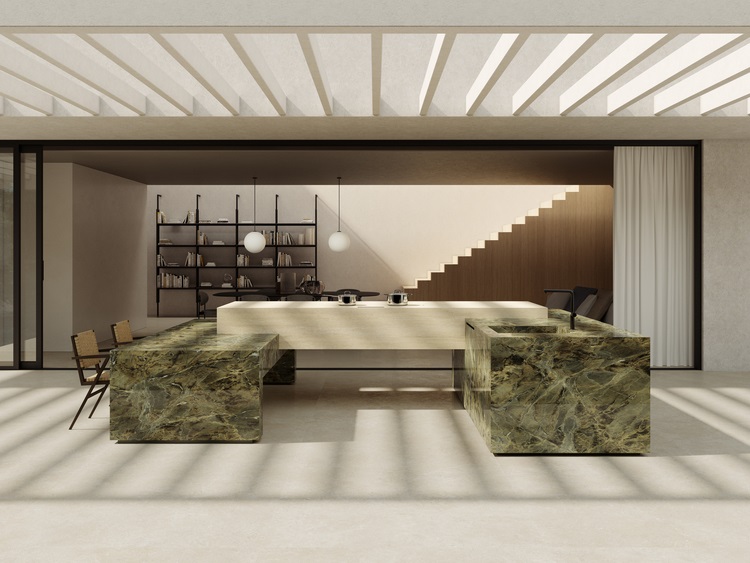 Marazzi, at the Salone Internazionale del Mobile presented the new collection of Puro Marazzi Antibacterial The Top large slabs, a special project dedicated to kitchen tops and tables with the application of the exclusive antibacterial technology to large stoneware slabs sized 162x324x1.2 cm. 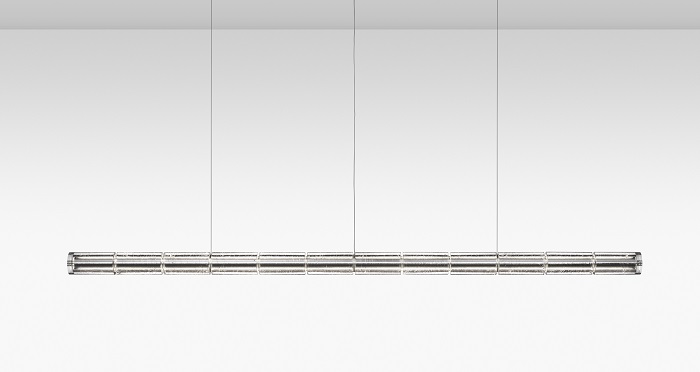 Luce Orizzontale by Ronan and Erwan Bouroullec for Flos, is sculptural piece playing with the uncommon effect of light reflection from cast glass elements. Each cylinder is made by hand by pouring the glass into a mold: the glassmaker’s movements creating signs on the glass that make each piece unique. Talleyrand, a name evocative of the Enlightenment, of grandeur and of radiance. A spirit translated into luxurious pieces by Philippe Starck who signs his first line of jewelry exclusively with Baccarat. A collection with character, to reveal the mysterious and fascinating beauty at the heart of women.

The Museum of Contemporary Art Tokyo presented through  16 October 2022 “Jean Prouvé: Constructive Imagination”, a large-scale exhibition introducing the oeuvre of Jean Prouvé (1901–1984), whose influence remains significant in the 20th-century architecture and industrial design. 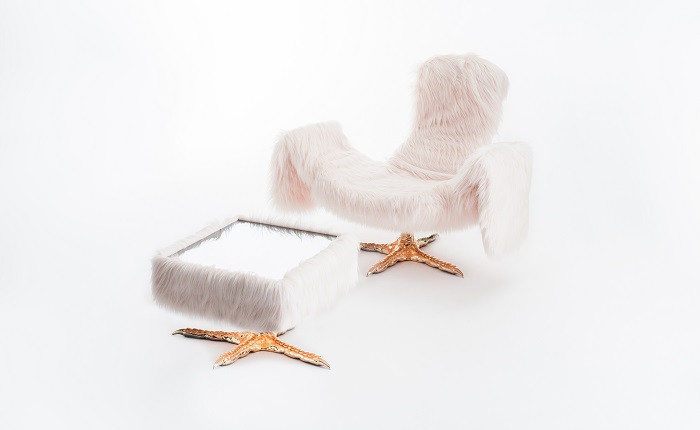 During the Milano Design Week, Driade was "On Stage” at the Triennale with an operation of contamination between the world of design and that of entertainment and art. Led by the brand's artistic director Fabio Novembre, four completely different personalities from different fields have been called upon to collaborate and design. The trapper Sfera Ebbasta customises Cocky, an over-the-top chaise longue that can only fly high. A leading international event for the building, construction and architecture sectors, 'le Mondial du Bâtiment', which brings together the Batimat, Idéobain and Interclima shows, will open its doors at Paris Expo Porte de Versailles from 3rd-6th October 2022.  Batimat, in particular, is focused on the construction and building industries and held in Halls 1, 4, 5 and 6. The French high-end furniture brand Roche Bobois has just opened a prestigious new showroom in the Principality of Monaco. Located in rue Grimaldi, the new Roche Bobois space enjoys one of the Principality's most desirable retail locations with great visibility right in the immediate vicinity of Port Hercule.