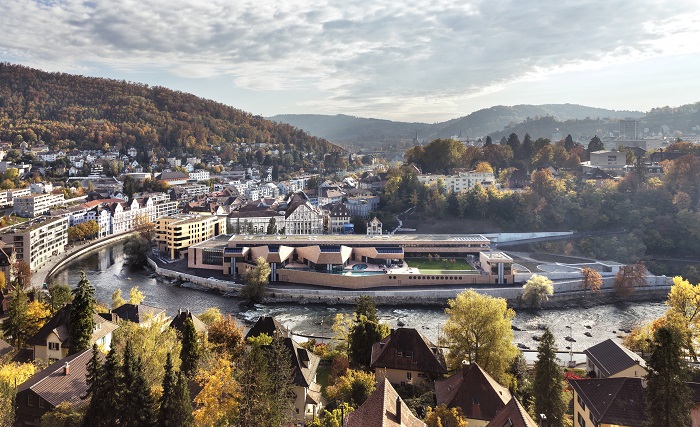 Located 25 km from Zurich in the Canton Aargau, Baden is an important spa town with ancient traditions that extends along the banks of the River Limmatt. Since November last year, this spa town has been home to a brand-new spa complex designed by Mario Botta, an important piece of architecture (about 97,000 cubic metres, 30,750 of which above ground) that fits in discreetly along the riverbanks to form a new landscape. 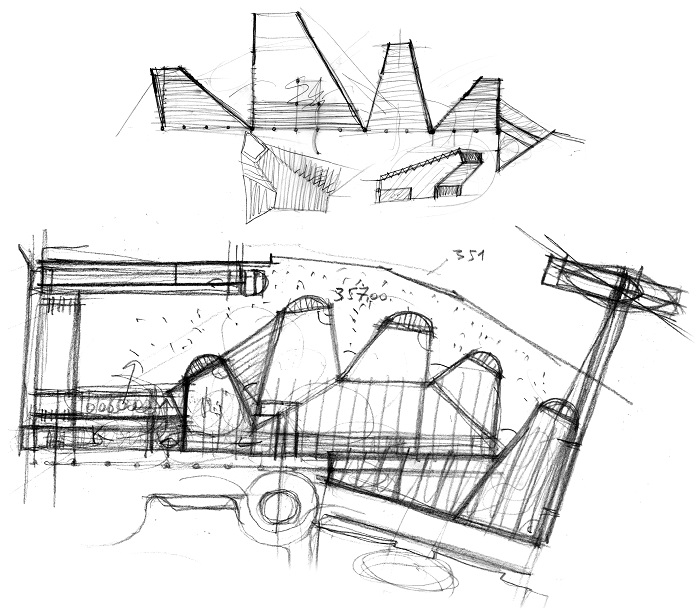 "The thinking behind this project," so the architect explained, "was to find a way to relate Baden’s historical city centre to the flow of the River Limmat as it envelops the city itself. The city of Baden has the good fortune, exploited since Roman times, of having springs supplying sulphurous water at a temperature of 47 degrees. 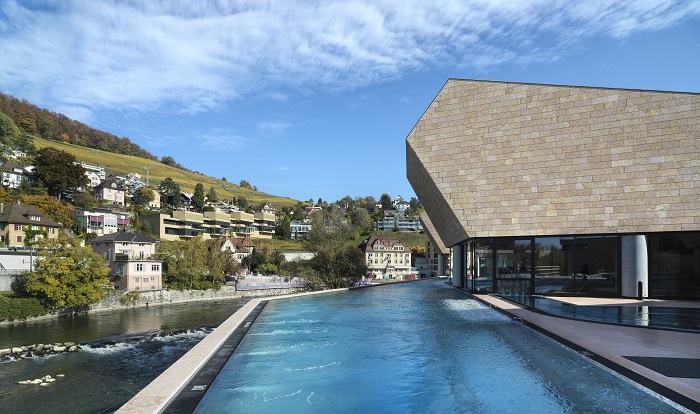 There are various old relics associated with this water, such as a fragment of the apse of a Roman swimming pool and a medieval pool, both preserved in their original location in the basement of the new building and accessible to the public. The place’s history, its orographic situation and the presence of the river have helped characterise this project, which takes the form of a hand opening up towards the river to create an intricate new landscape between the city and watercourse. 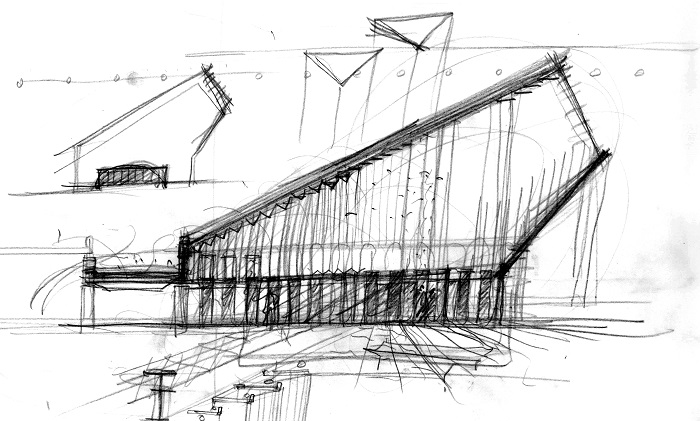 Clad entirely in natural stone, the building structures interact with the various settings: a rectilinear two-storey construction extends along Parkstrasse; a lower structure is set in front of old Verenahof Hotel; the glass tips of four trapezoidal structures of different sizes project towards the river. 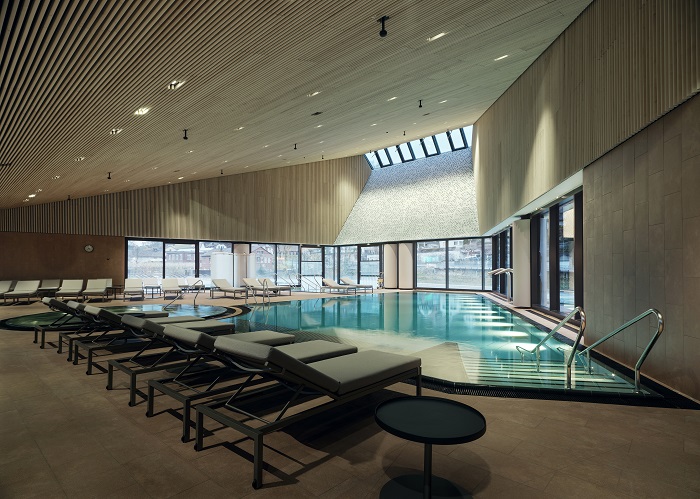 The latter structures form the fingers of a hand and hold the spa pools. The internal circulation path is marked by alternating skylights and columns. Four thermal rooms overlook the rive along this colonnade. Glass apertures offer views of the river’s relentless flow as it penetrates virtually every space, and you can almost feel the tangible presence of nature. 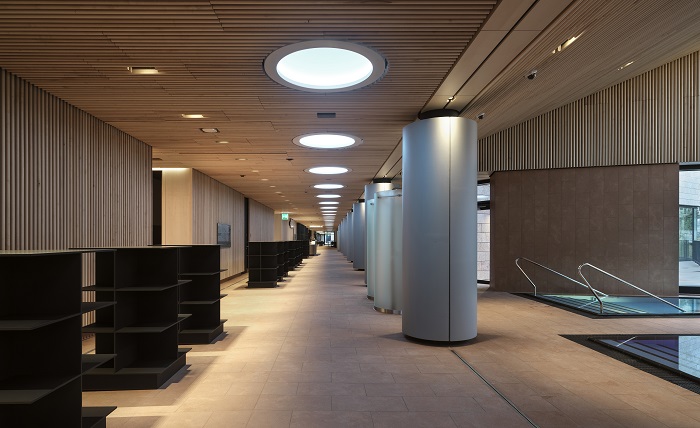 The skylights at the fingertips reveal the solar cycle, offering glimpses of the sky and hillside out in front. The colours of nature are also present in the materials chosen for the interiors: the floors and walls are covered with terracotta-coloured slabs and the sound-absorbing maple wood ceilings create a sense of being in a pleasantly peaceful setting. 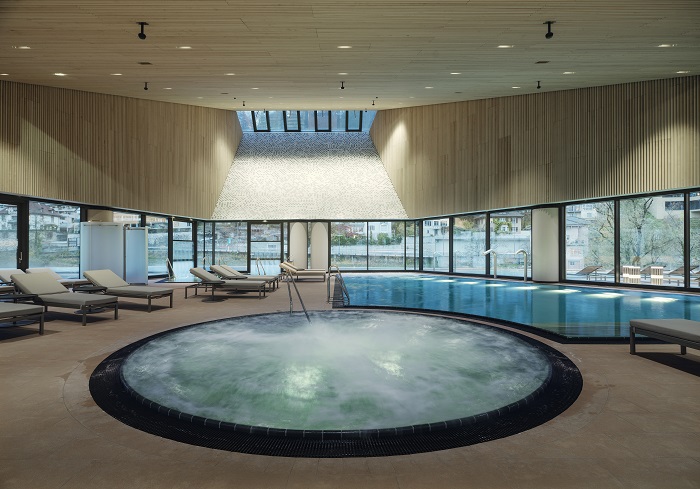 Mosaic tiles cover the sloping walls below the large skylights. The piece of craftsmanship reminiscent of Roman mosaics embellishes the space with a fine texture invigorated by reflections of water”. 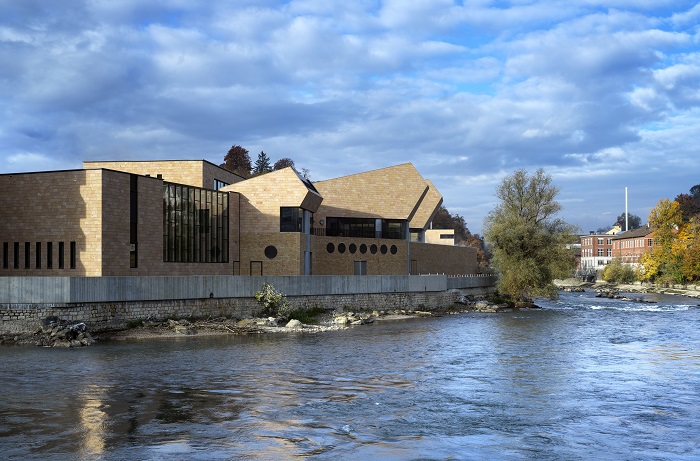