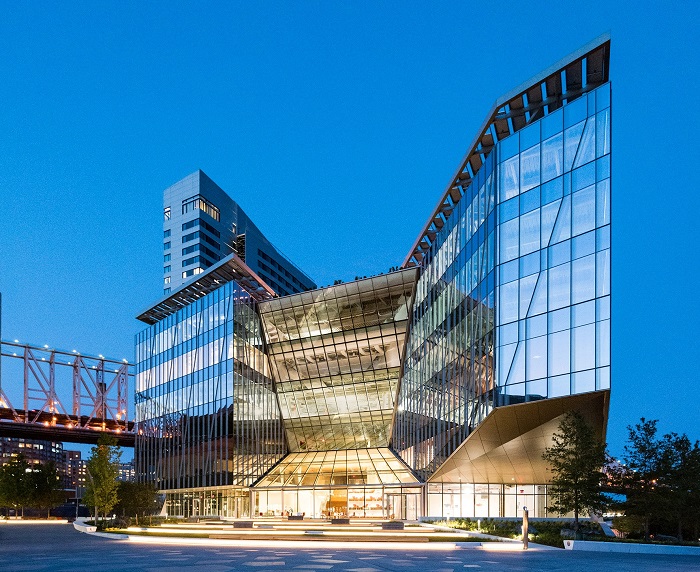 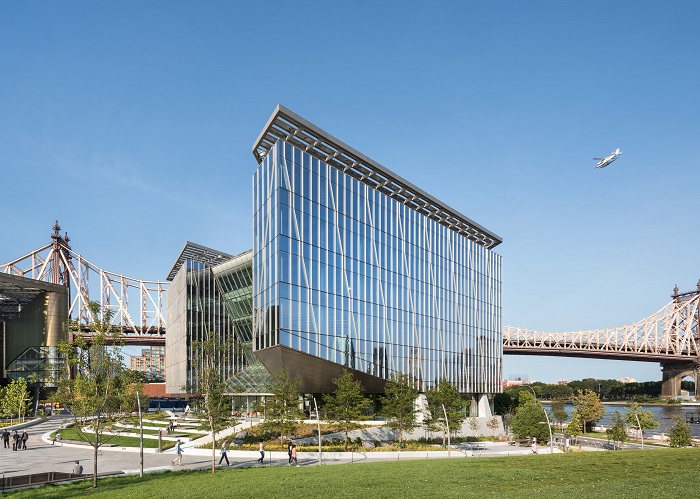 The Bridge is designed to leverage the resources of a major university with the world's leading technology-focused companies. The seven-story building supports Cornell Tech’s efforts to fuse entrepreneurial and academic ambitions on its new Roosevelt Island campus in New York City. 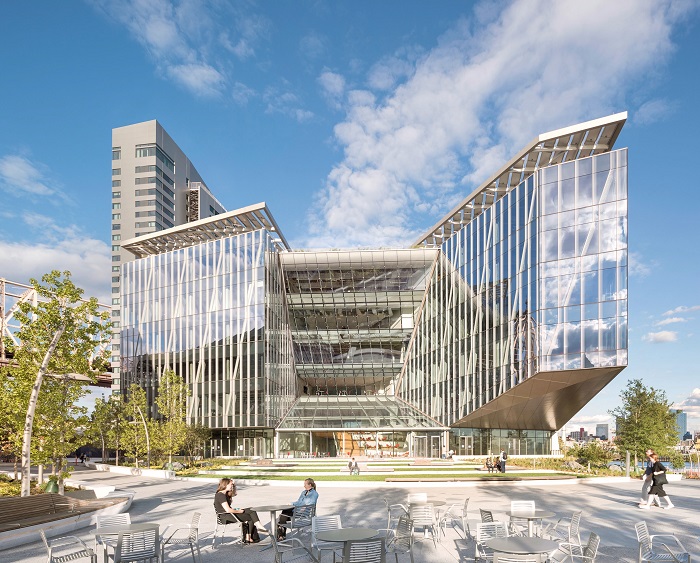 One-third of the 23,500 m2 building hosts Cornell Tech studios, eight labs equipped with the latest fabrication, electronic, and robotics technologies, classrooms with tiered seating for up to 90 people, and event spaces, while the upper levels are dedicated to a mix of technology-focused companies and start-upsAll of the occupants share central, light-filled circulation spaces with panoramic skyline views and lounges that encourage social interaction and collaboration. 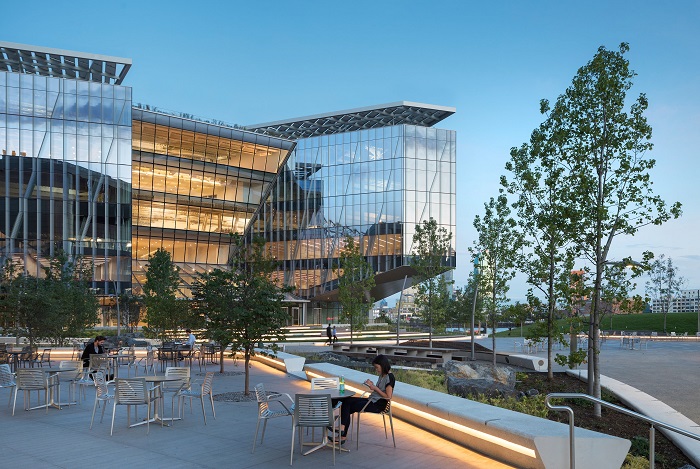 The building’s cantilevered southwest and northeast wings shelter outdoor social spaces that animate the ground floor retail spaces and entry terrace. The entry-level multipurpose event space can accommodate up to 100 people and frames an expansive view of the Queensboro Bridge. 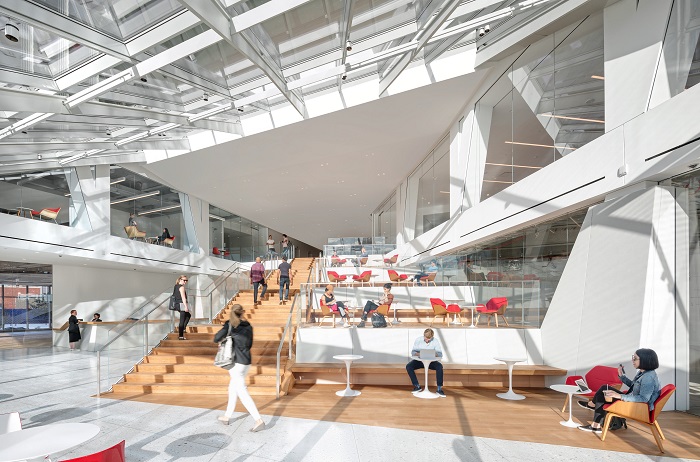 Anticipating environmental challenges such as rising sea levels and increased flood risk, The Bridge is designed for maximum resilience with an entry floor that rises two meters above the 100-year flood plain. 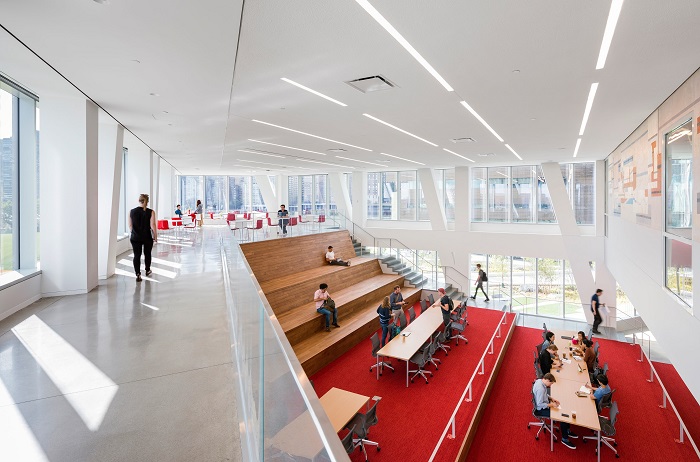 Additional protection against major storm events is provided by robust precast concrete walls on the lower levels and a flood wall to protect the remaining occupied portion of the basement. 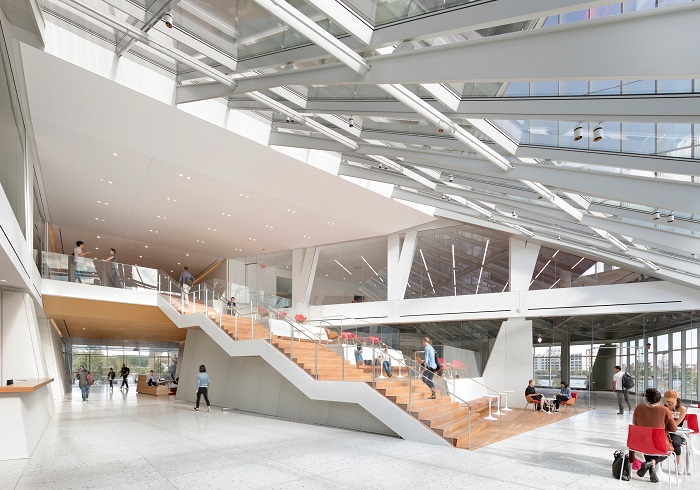 While the building’s exterior appears to be completely transparent, it is 60% opaque and 40% transparent – a ratio considered to be the “sweet spot” for sustainable design. 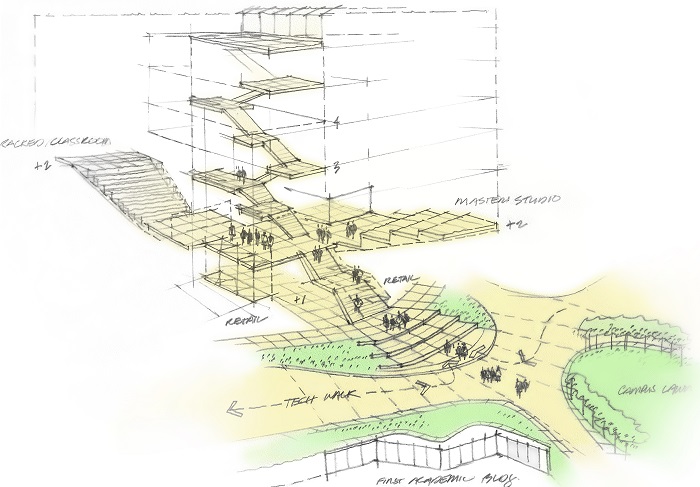 The curtain wall is comprised of thermally efficient, transparent units and highly insulated, opaque shadow box units. Together, they appear as a continuous surface through the use of a subtle, reflective glass coating which reduces heat gain and contributes to the building’s energy efficiency. 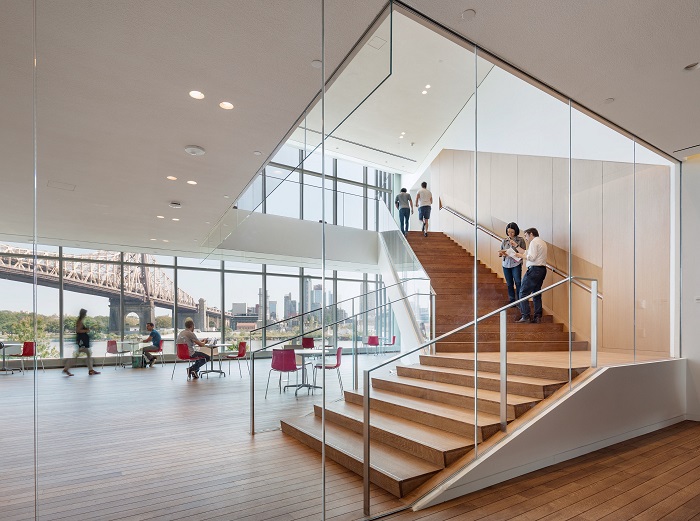 A canopy, featuring on its 2,400 m2 761 solar panels, shelters the building’s landscaped, accessible roof terrace and defines its silhouette, further signaling the campus-wide commitment to sustainability. 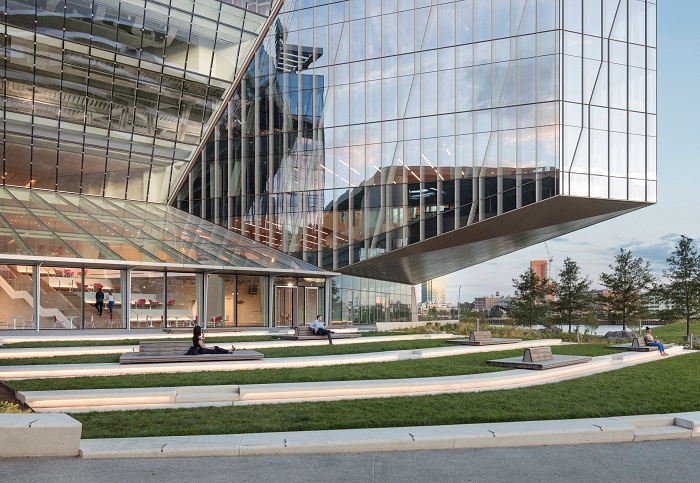 Envisioned as a crystalline incubator, The Bridge establishes a catalytic setting for research and innovation. 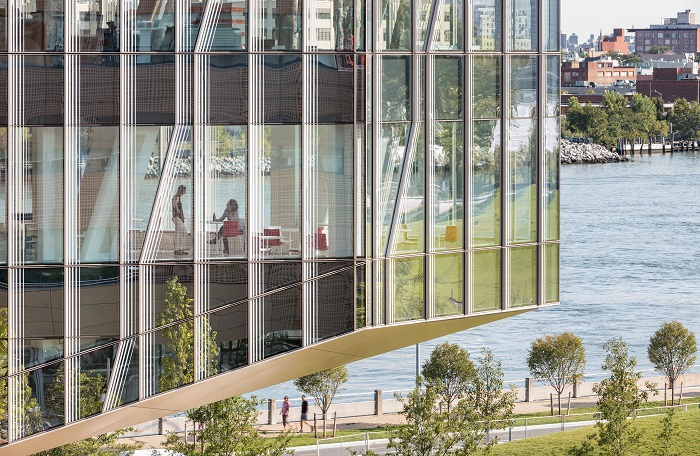