The 5th extension of the European Court of Justice, Luxemburg 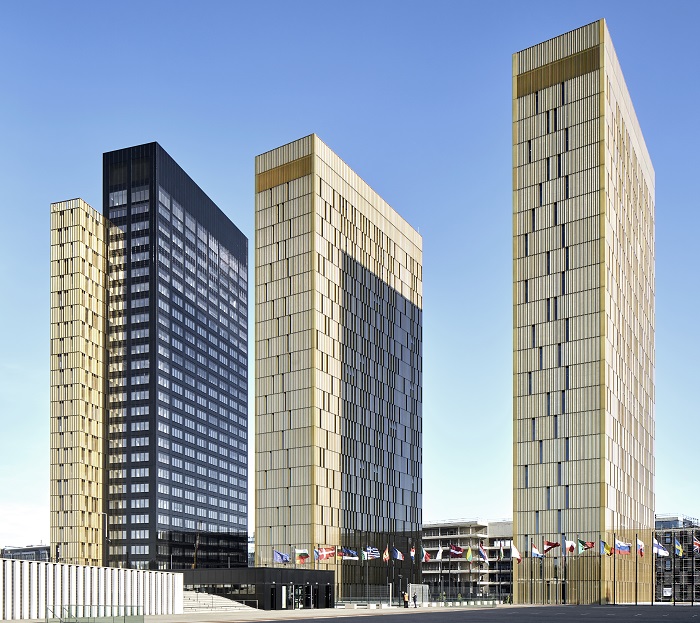 Working in partnership with Gaëlle Lauriot-Prévost, Dominique Parrault has been involved in restructuring operations on extending the Court of Justice of the European Union (CGUE) for over 20 years, starting on the original building first opened in 1973 that was extended three times from1980-1990. 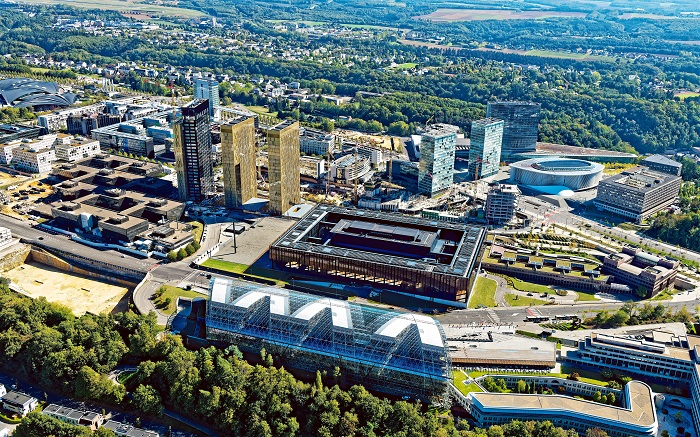 In 1996 Dominique Parrault and the firm from Luxembourg, Paczowski & Fritsch, won a competition to add on a fourth extension by building two towers and a ring of offices around the original law courts, as well as a large connecting gallery designed to link together the two separate entities forming the CGUE and connect them to the city and Kirchberg Plateau district of Europe. 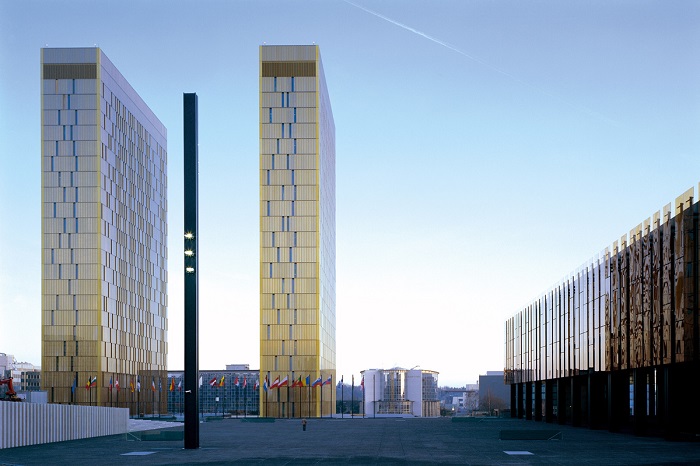 The fifth extension to the court was opened in 2019 and also designed by Dominique Perrault in partnership with SRA architectes and Jean Petit Architectes.This fifth extension is composed of two overlapping parts: a new tower and a base. 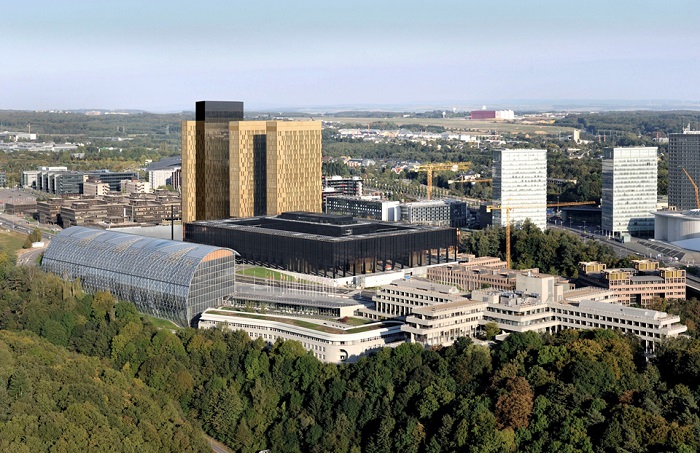 The third new tower, which holds the institution’s legal-linguistic offices and has a panoramic roof deck, fits in neatly with the first two towers built during the fourth extension project, but it stands out due to its extra six levels, its distinctive design consisting of two adjacent towers, and its slightly staggered position in relation to the orthogonal site plan. 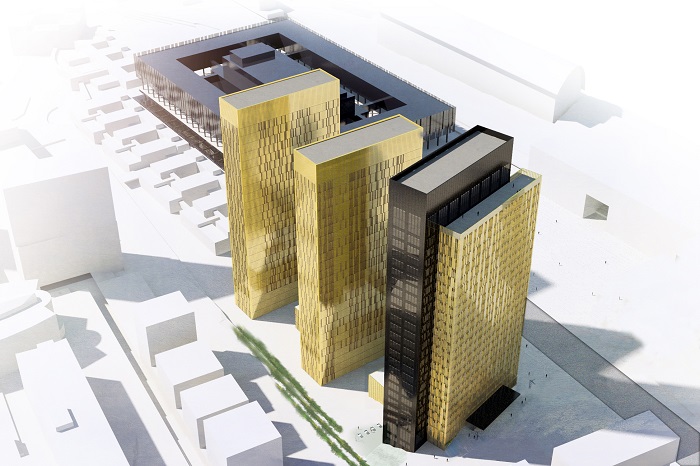 The base of the tower is wedged into a sharp slope between a high point at the tower’s ground floor and a low point at the ground-floor level of the old gallery. 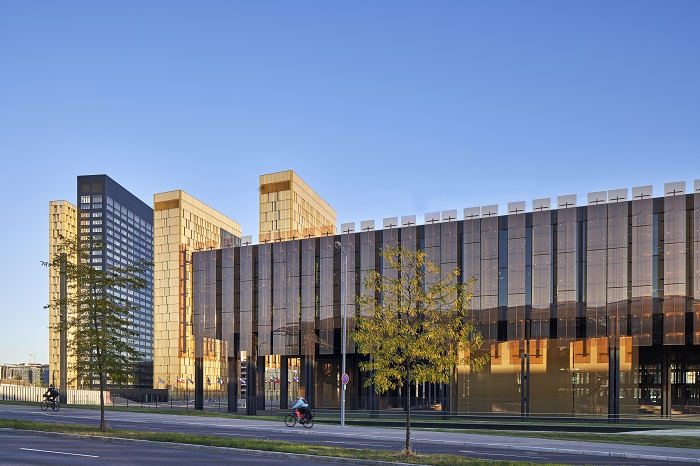 This low construction allows the gallery to be extended and also the construction of a wide internal staircase acting as a direct link with the entrance to the new tower at street level. The exteriors have also been rearranged along the same lines of combining different entities. 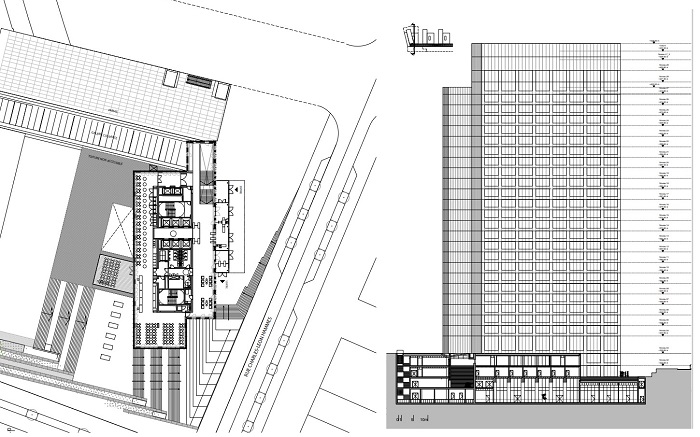 Wide stairways connect the upper and lower access points. In the main square, a small plaza at the foot of the building’s north-East facade marks the new entrance. The third Tower is designed around two slightly offset parallelepipeds. The first 27-storey (130 m) parallelepiped is golden-coloured like two of the old towers. 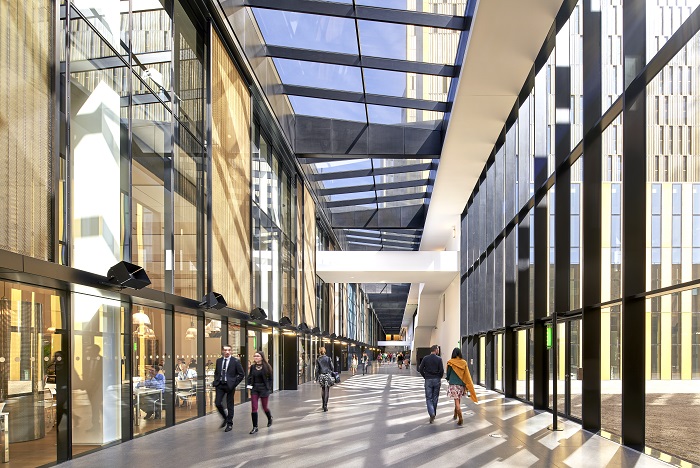 The facades are constructed out of a combination of transparent modules incorporating golden-coloured or opaque meshing that is 20 cm wide. The second 30-storey (118 m) parallelepiped is a black enamelled glass structure reminiscent of the “ring-shaped” building around the old court. Rather like a belltower, this black construction is a landmark feature for the entire site. 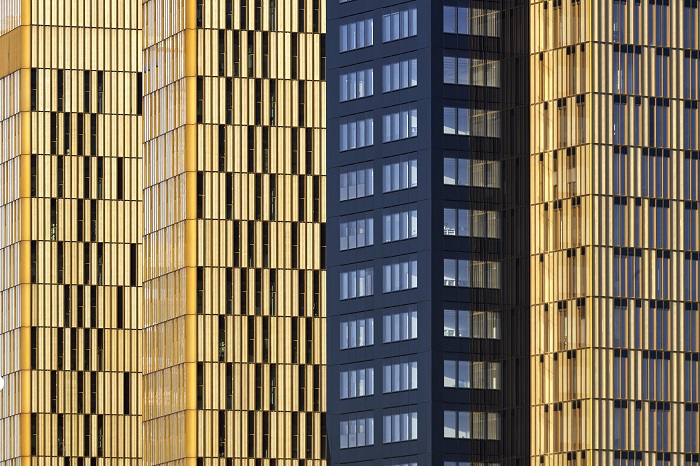 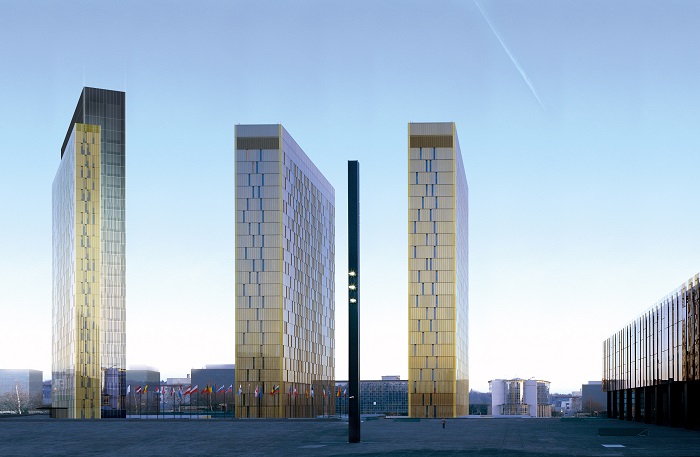