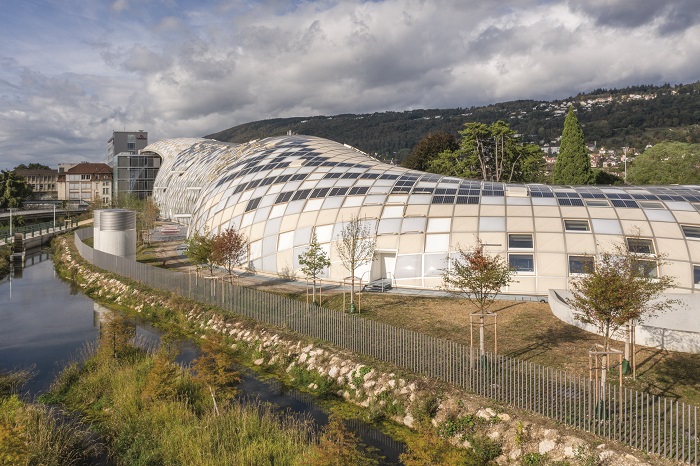 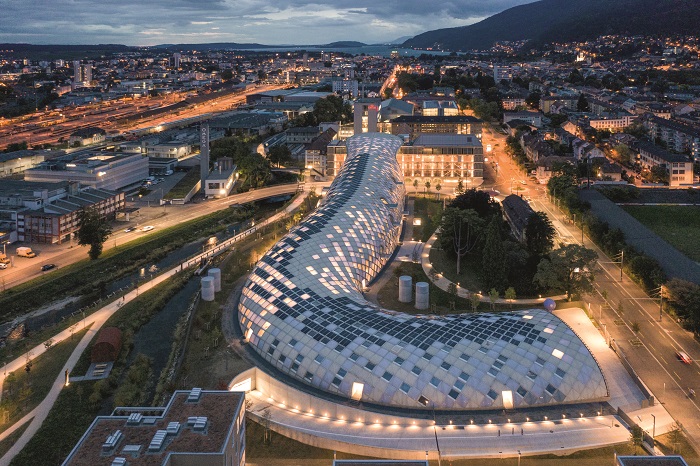 Choosing Shigeru Ban to design for Swatch was a logical move. Ban is, in fact, one of the most important and innovative architects on the international scene, who has already won at Pritzker Prize in 2014, which many people consider to be the equivalent to a Nobel Prize for architecture. As he already showed in an invitational competition to design the new Swatch Headquarters back in 2011, he was just the right person to come up with just the right image and design for Swatch’s new Omega Factory and City of Time. 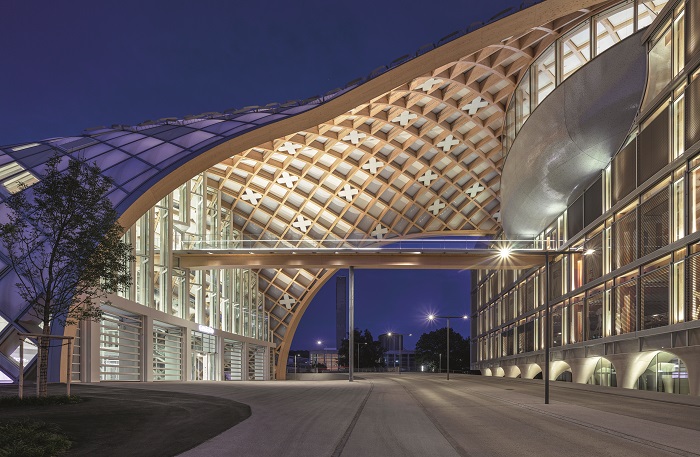 The new headquarters, which took five years to build, have achieved this goal so successfully that Swatch has proudly announced that the building “marks a new chapter in the brand’s history, moving beyond old-fashioned conventions, just like the company’s own watches”.

The reason for this success lies in four distinct moves. The first is stylistic. The building has a sinuous, organic form quite different from conventional curtain wall offices. 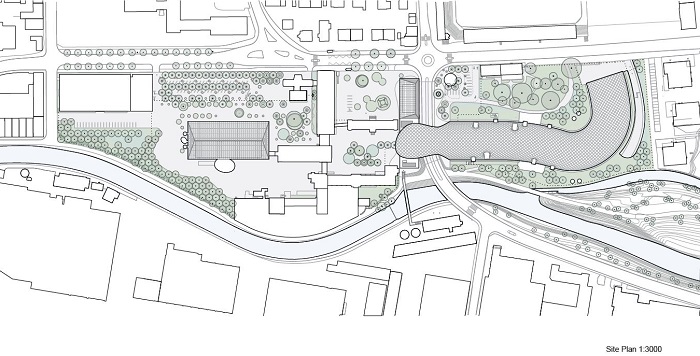 Even on the outside, it promises an unusual experience of space based around elaborate interconnecting premises. Even though it is a big building (25,000 m2 of space set over five levels rising up to a height of over 20 m), it still looks like an intriguing object. A place that promises surprises and innovations in line with Swatch’s industrial policy. 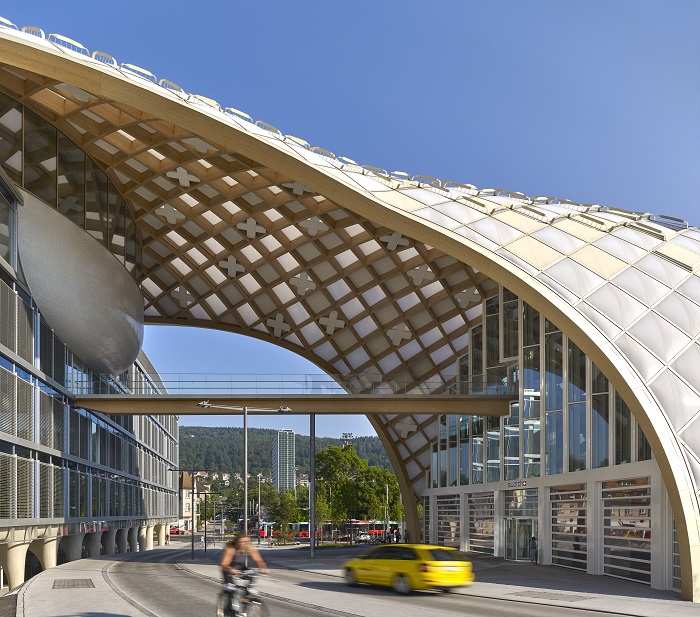 The second move concerns the setting. The building is part of its surroundings because it helps construct them. Natural materials were chosen, most notably wood, that also plays a key role from a structural viewpoint. 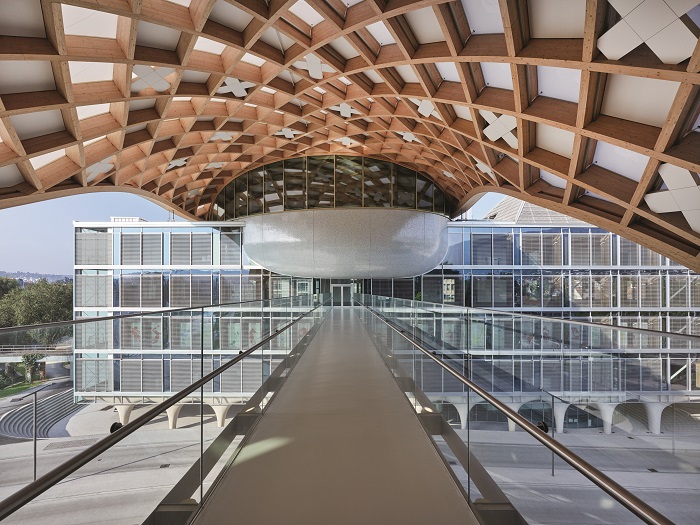 The third move is ecological. It all begins outside, where about 100 new trees have been planted, and continues in the selection of technological features like wells, solar panels and photovoltaic cells to create an energy-efficient building. 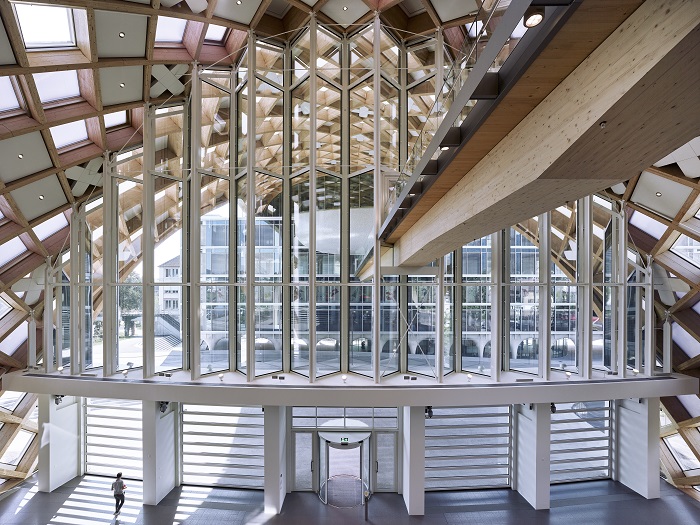 The fourth move concerns the layout of the interiors. Office rooms have been done away with in favour of flexible spaces geared to different work operations and leisure time, according to the idea that you will not work well unless you enjoy yourself. Luigi Prestinenza Puglisi 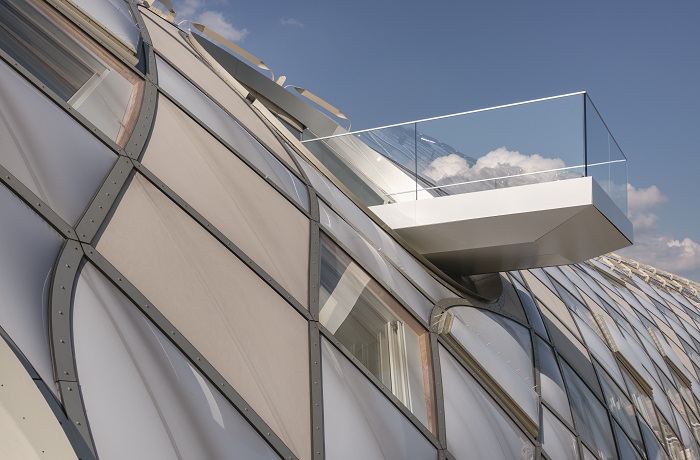