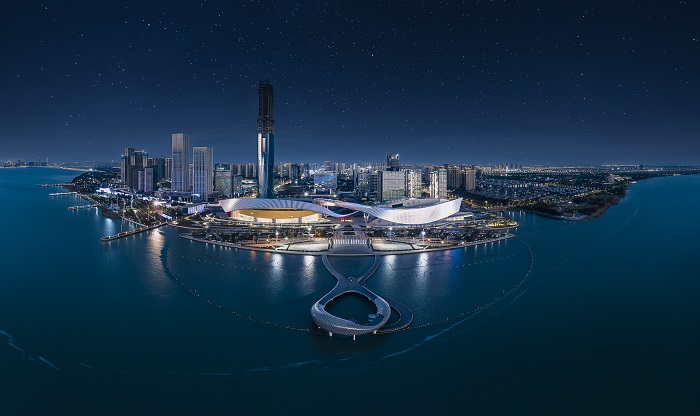 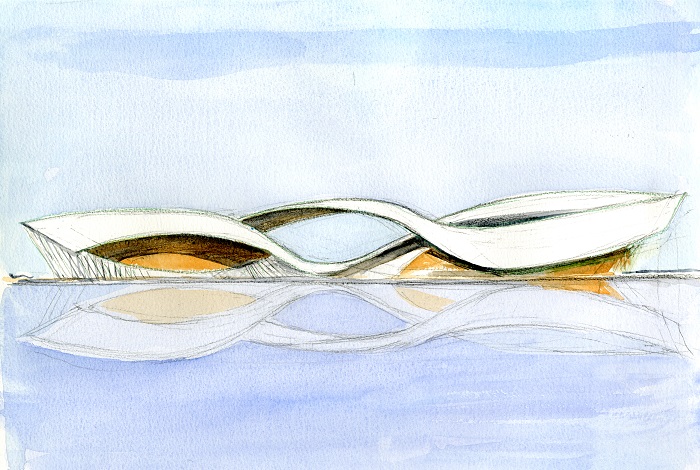 Suzhou Cultural Centre, which opened in December 2020, is part of a series of eye-catching projects the city council has undertaken as part of the Wujiang Lakefront Masterplan. 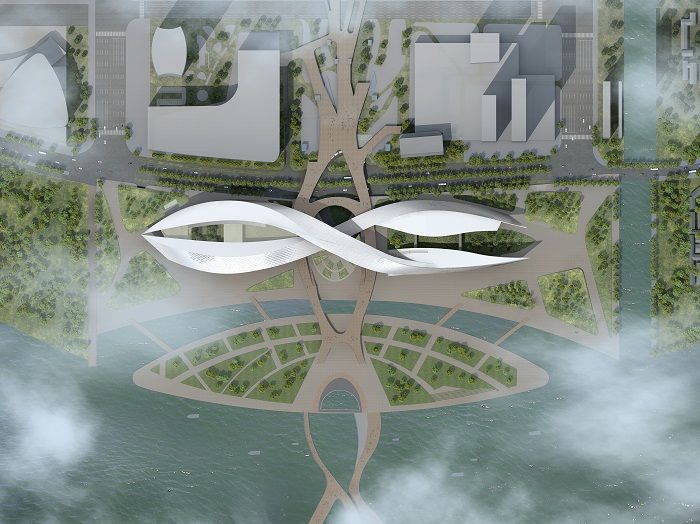 The building’s two wings accommodate an opera house with seating for 1600, a modular 600-seat room, museum, exhibition centre, conference centre, coffee bar, restaurants, cinema and shopping arcades, covering an overall area of 202,000 m² along the banks of Lake Tai on either side of a pedestrian path into the city. 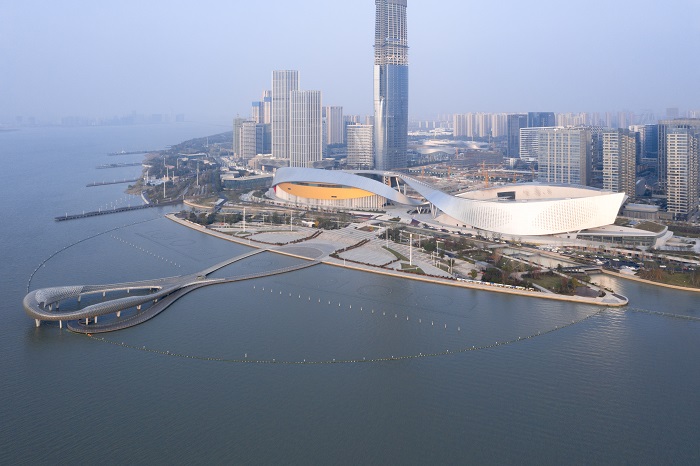 The two wings are connected by a long strip that winds across from one block to the other at roof height before the facade drops down to form a figure of eight that crosses the pedestrian path at a height of 40 m and opens up views across the lake. 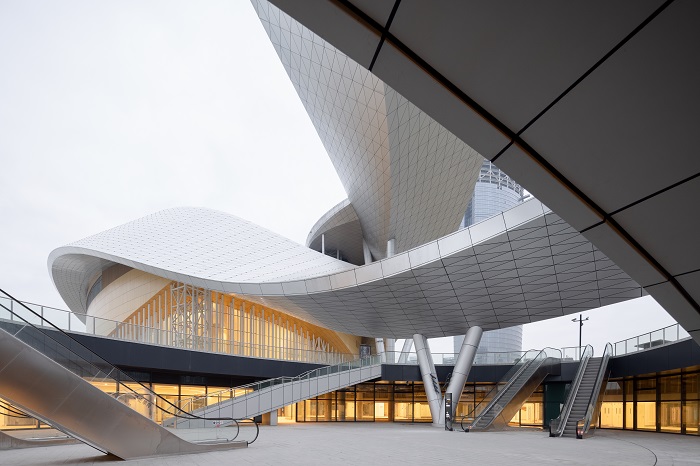 The two rings of the strip loom above a central square that marks the end of the pedestrian path and leads into various cultural facilities located in the separate wings to the north and south of the pathway. 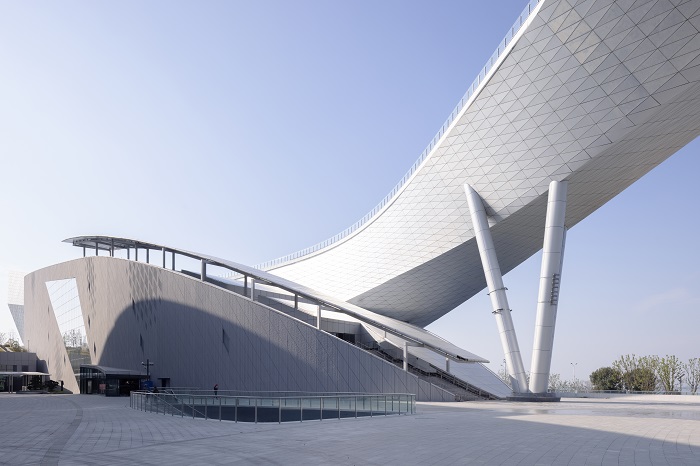 The north wing holds a spacious foyer, Opera House and Chinese Opera House. This gallery leads through to the Music Conservatory and film theatre. 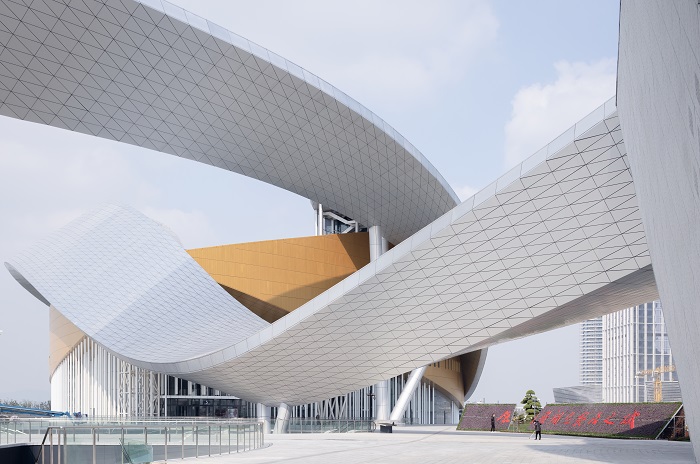 To the south of the square, the building is divided into two museums: a history museum and city museum with educational facilities and, lastly, a conference centre. 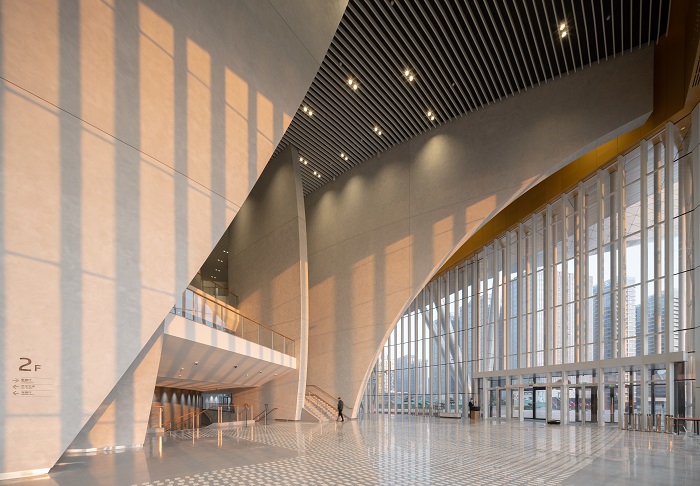 The cultural centre creates a new landscape connecting water, the sky and city in an interplay of shimmering reflections coming from this metal strip (made of steel and aluminium) that spans across a distance of 500 metres. 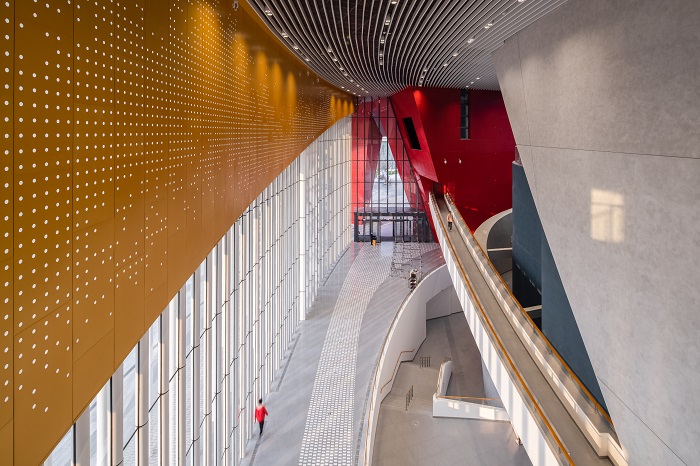 From the inner-city road you can observe the strip as it twists and winds, rising upwards, protecting and framing the sky in a dance reminiscent of the ribbons used in traditional Suzhou theatre. 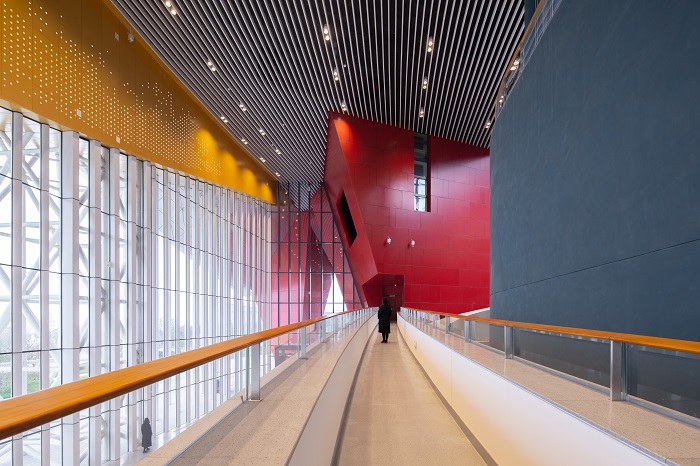 The strip encompasses a pathway 40 metres above the square that constitutes as sort of panoramic promenade. 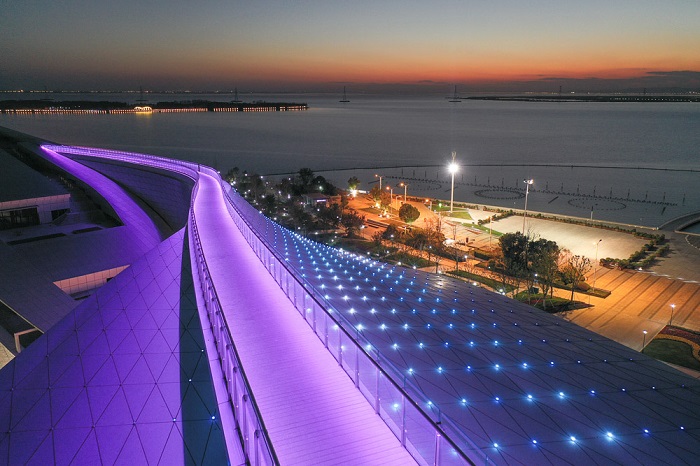