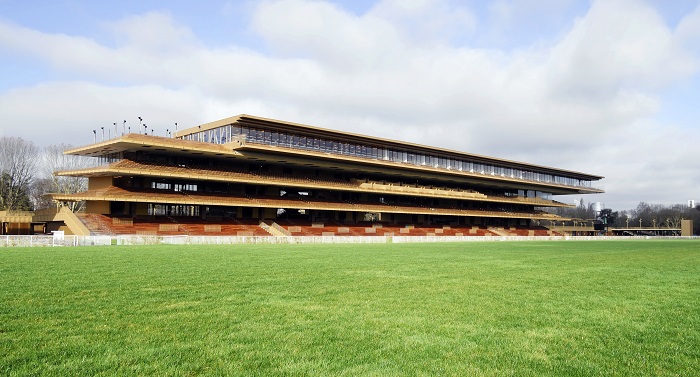 Modular, multipurpose and innovative, the new Longchamp racecourse that opened last April is an “emblematic architectural project that can adapt to future developments, while also being a landscape design transforming the territory, enhancing both the builtscape, old racetrack facilities and, above all, the wonderful green heritage of Bois de Boulogne”. 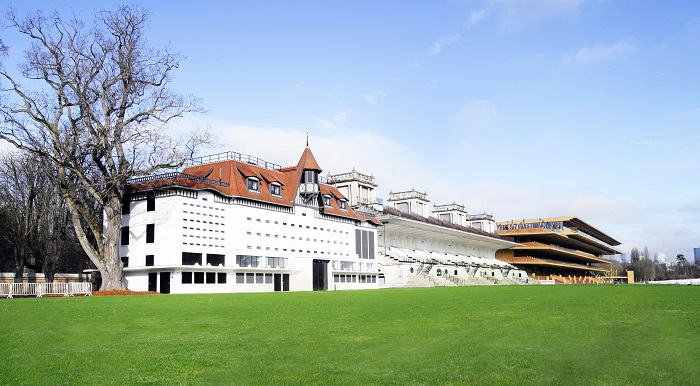 The old stands dating back to the 1960s have been replaced by one single, more compact and functional stand. The buildings serving the racetrack have been knocked down and rebuilt as pavilions. Finally, the old racetrack buildings have been completely converted. 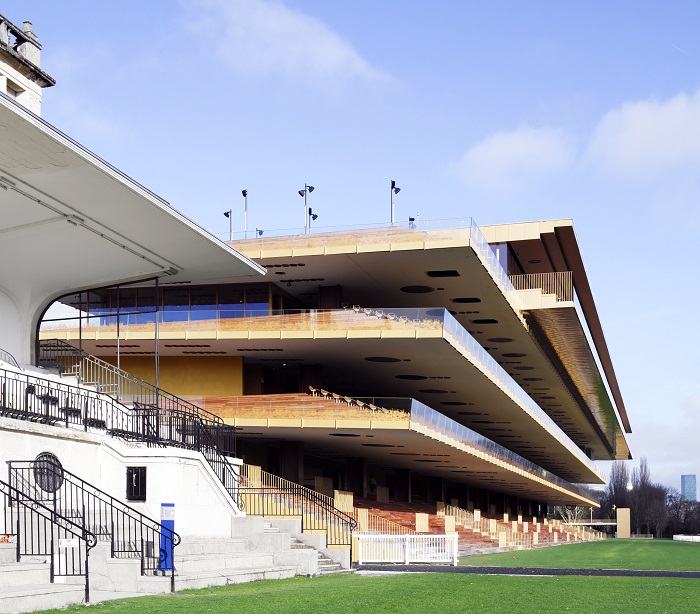 The most distinctive feature of the project is the news grandstand. “The architectural concept is based around ‘shelves’ that have no fronts or backs, so the crowds can easily look at either the parade ring or racetrack”. 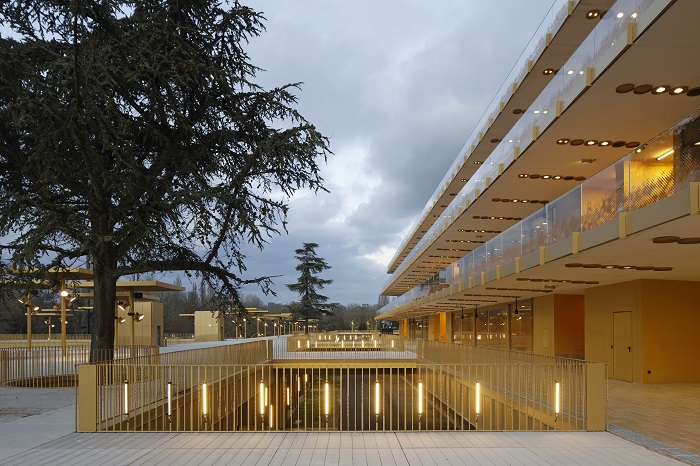 160 m in length, with seating for approximately 10,000 on the terraces, this four-story building is designed to conjure up the idea of a horse race drawing the crowd towards the track. The different levels are superimposed up to the very top level that has a twenty-metre overhang. 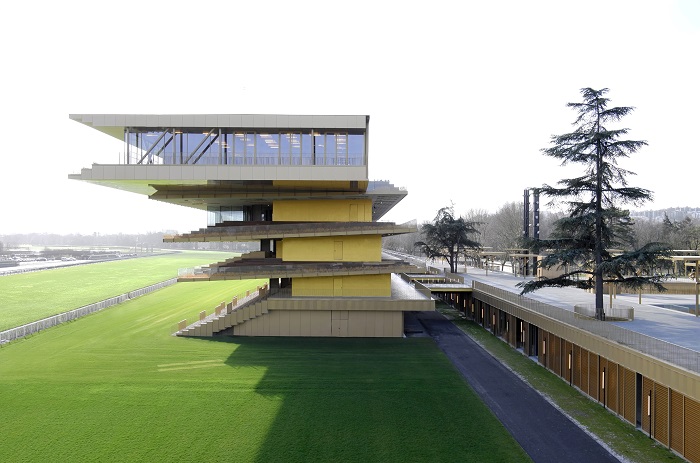 Each level slopes both forwards towards the racetrack and also towards the finish line. The distinctive horizontality of the stand and its bronze colour scheme fit in perfectly with the surrounding landscape. Open on two sides, the stand has interconnecting levels and circulation facilities designed to allow spectators to move around freely. 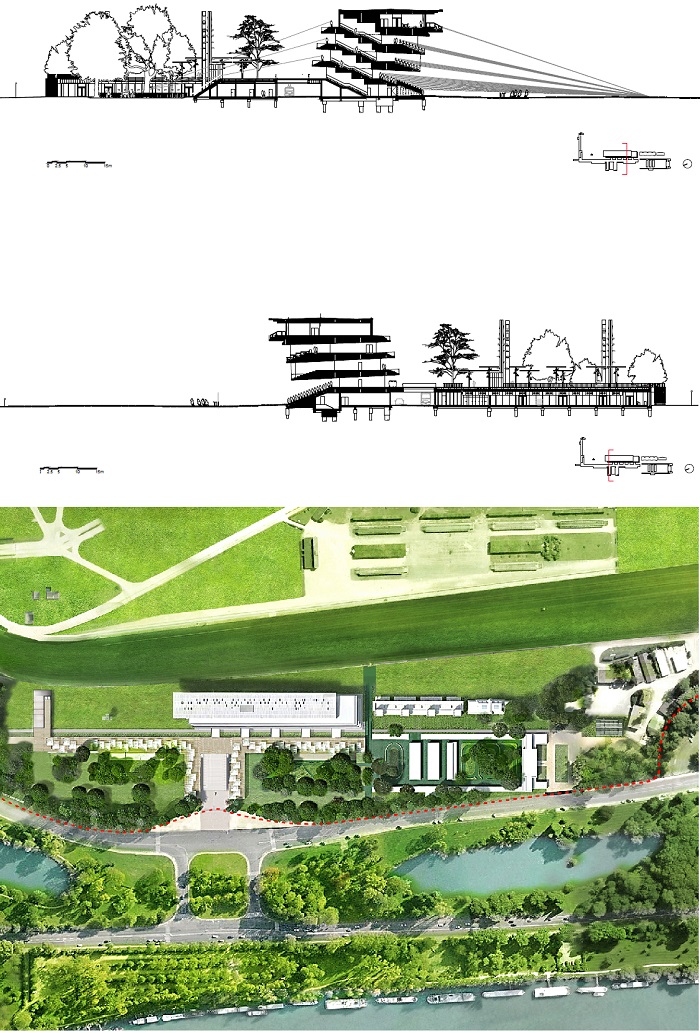 The sense of openness is emphasised by the wide glass windows letting in natural light and providing maximum transparency. 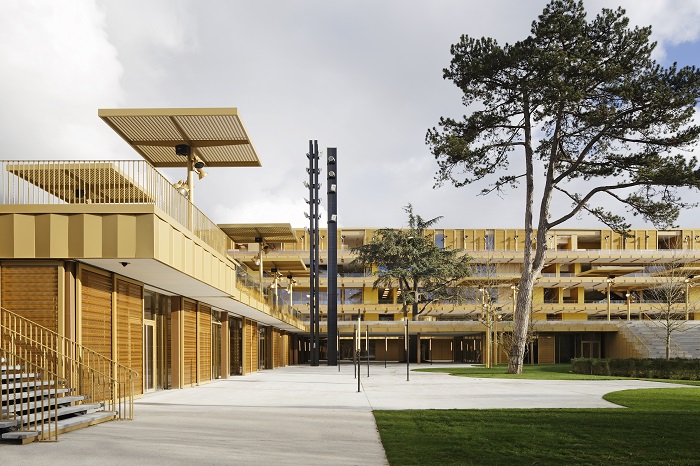 The overall construction is extremely flexible and modular to meet the needs of different events. Perrault has used various types of GKD metal mesh to construct the facades. 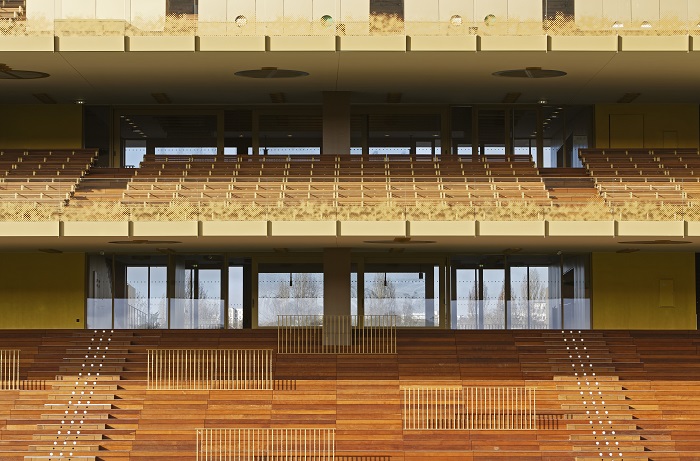 The heat protection features installed up the entire height of each floor of the grandstand and pavilions are made from a gilt-coloured stainless steel mesh, whose spirals interact with the shimmering lights at different times of year. 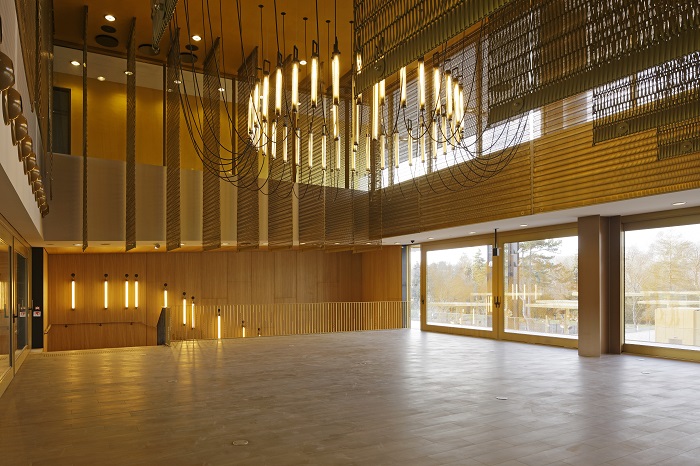 On the inside, GKD metal mesh has been incorporated in the form of acoustic ceilings, suspended decorative panels and large wall coatings. 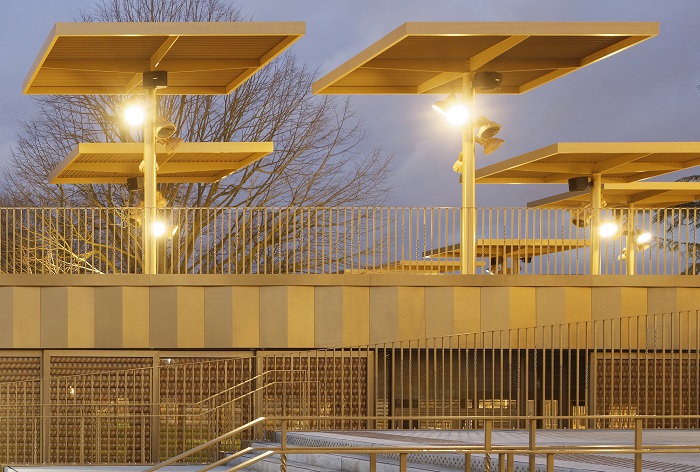