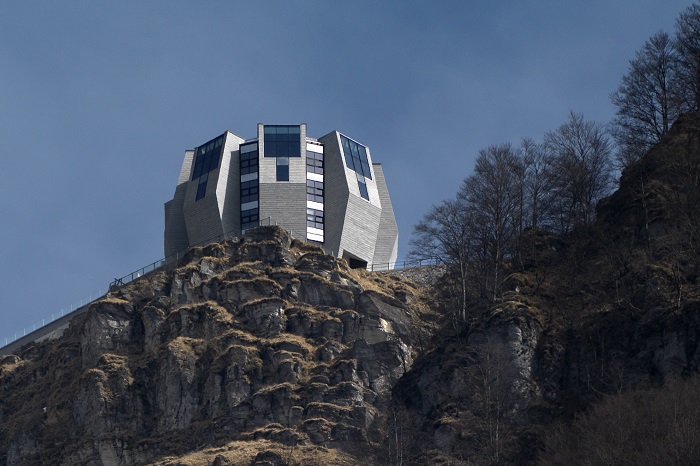 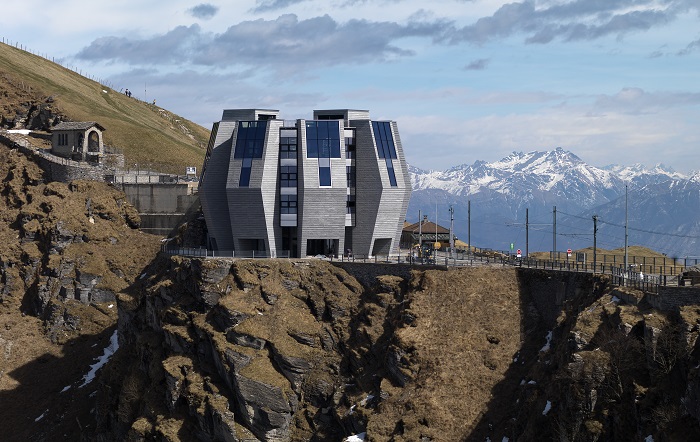 Reaching the summit of the mountain is one of man’s natural desires; a way of attaining a privileged position in relation to the surrounding orography, embracing the geographical boundaries and feeling part of the world in which we live. The new tourist facility on Monte Generoso stands where there used to be an old hotel built in the early 20th century.

The orographic situation is extraordinary, because this is, in fact, a little stretch of flatland overlooking the precipice on the northern side of the mountain, where a gigantic rock drops down the mountainside for approximately 3/400 metres. This very distinctive location suggested building an octagonal-shaped construction with individual “petals” surrounding a central space. 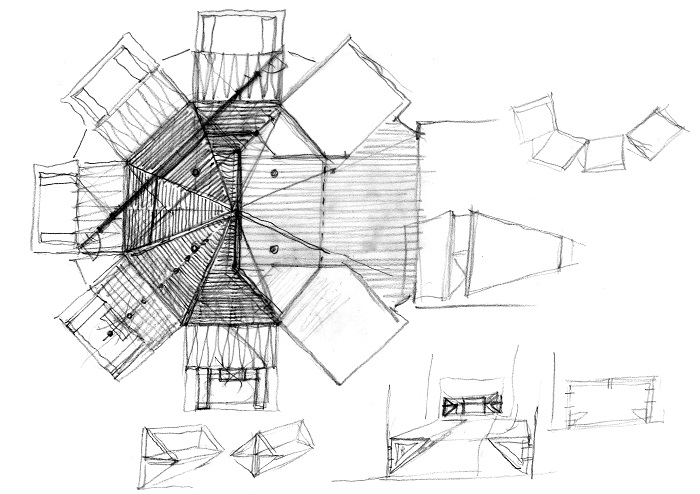 The circular crown on the east side leaves room for a spacious terrace, which follows the contours of the mountain crest. The pattern of petals gives shape to a set of five-storey towers initially bulging outwards slightly as they rise up before closing up again on the top floors (hence its name: “stone flower”). 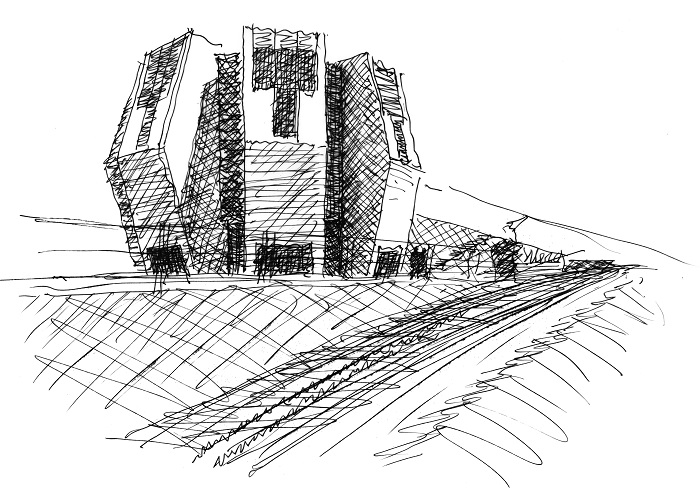 On the railway level (ground floor), a large colonnade forms a transition space between the outside and inside with an entrance door and an exhibition space displaying pictures about the history of Monte Generoso and a model of the new construction complete with studio sketches and drawings. 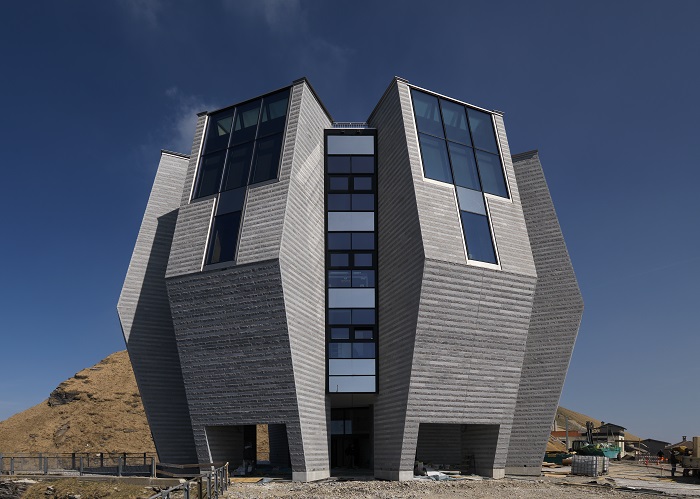 The technical amenities are located on the first floor; there is an approximately 100-seat conference hall on the second floor, while the two upper floors accommodate a self-service canteen and a restaurant. The towers are joined together by glass junctures and have large apertures allowing 360° views across the plains towards the flatlands of Milan to the south and Lake Lugano and the Alps stretching out to the north. 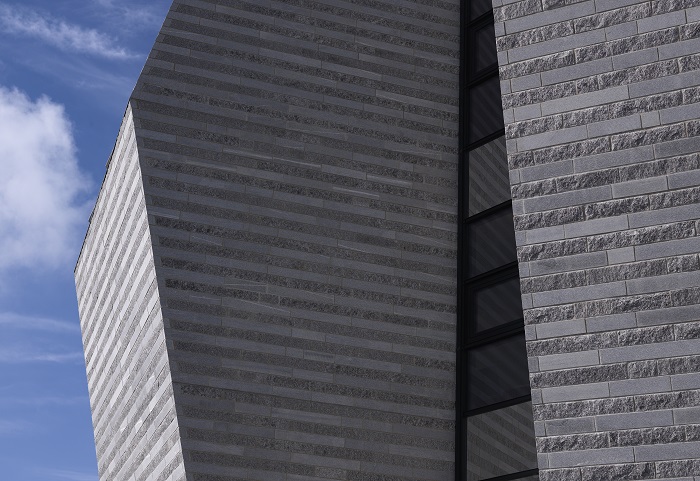 The result is a powerful, geometric building, which contrasts with the organic layout of the surrounding landscape. 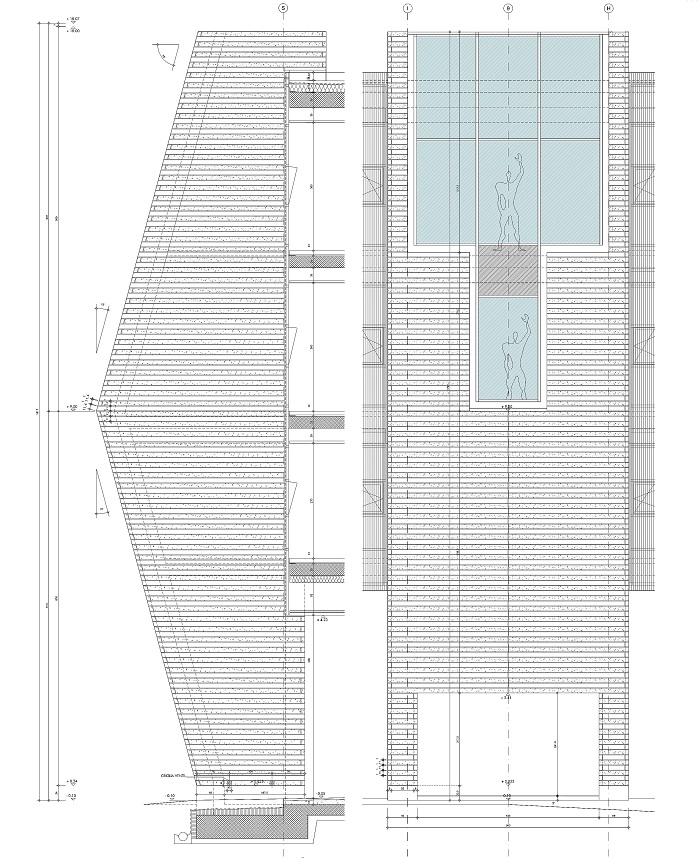 The bearing structure is made of reinforced concrete covered by a layer of grey Lodrino stone walling (gneiss) with alternating smooth and split stone strips. Chipboard and resin planks have been used to construct the outside terraces on the third floor and roof. 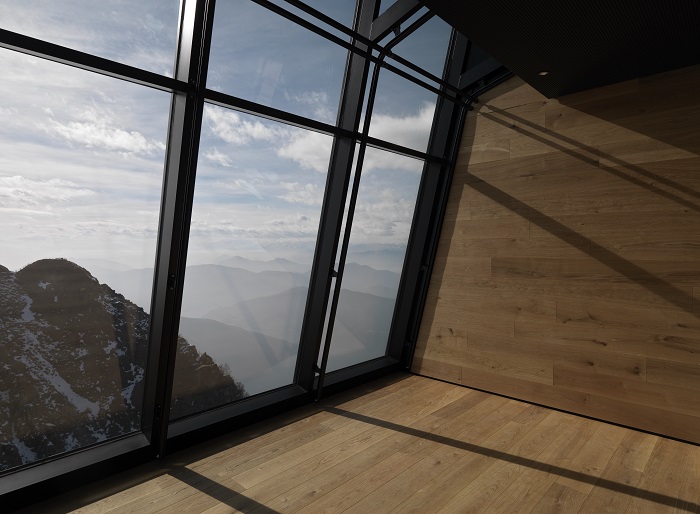 Inside, the floors are made off oak panels on the fourth floor and in the second-floor conference hall and tiled in all the other premises. 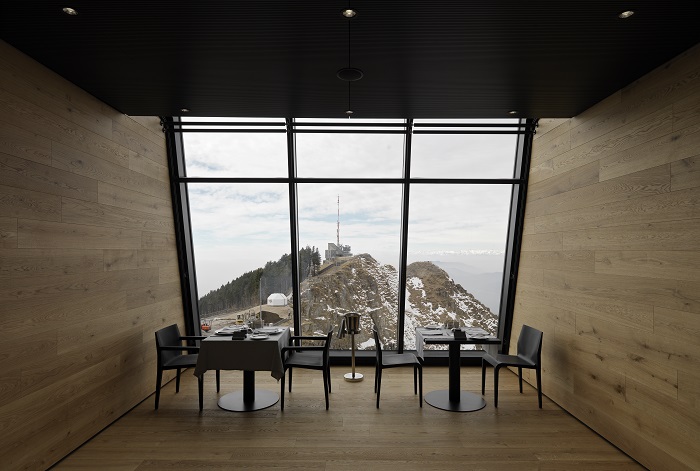 The walls on the third and fourth floor and in the second-floor conference hall are covered with oak panels. The ceilings are made of sound-absorbing Topakustick panels. 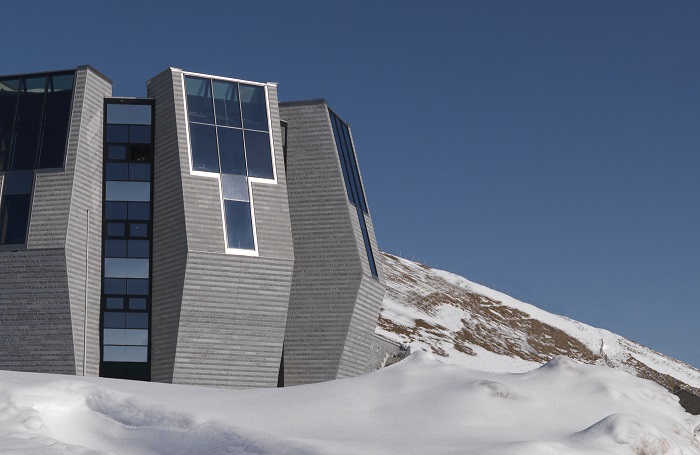