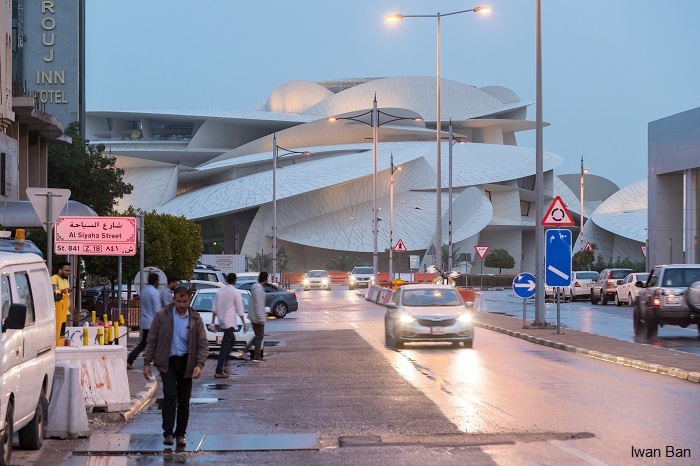 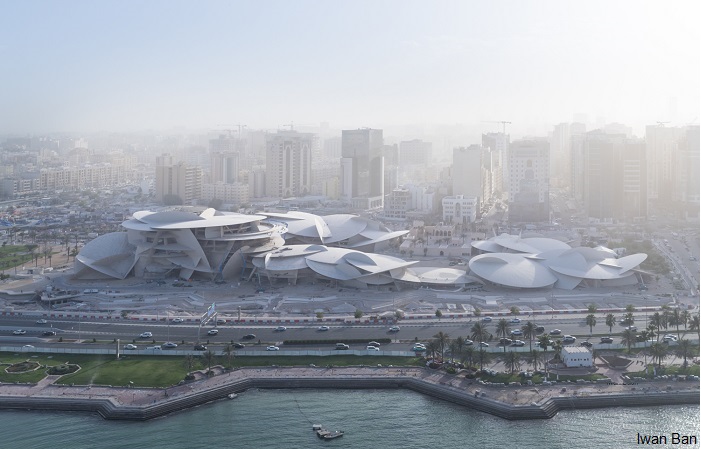 The new National Museum of Qatar, which officially opened last March, is a 52,000-square-metre building (350 metres long) constructed around an old palace dating back to the early 20th century that used to hold the museum’s collection. 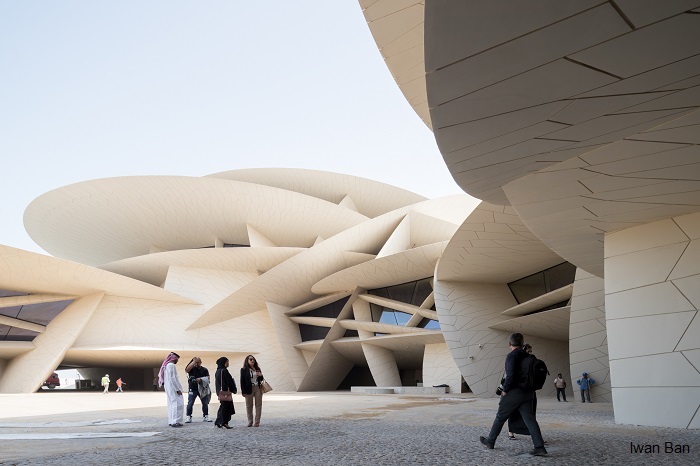 The architecture is inspired by Qatar’s geology: “The desert and its eternal silence, as well as the kind of modernity and bravery that have disrupted what appeared to be imperturbable”, so Jean Nouvel noted. “Qatar is very closely tied to the desert, its flora and fauna, its nomadic populations and age-old traditions. To focus on all these various aspects, I needed something symbolic. 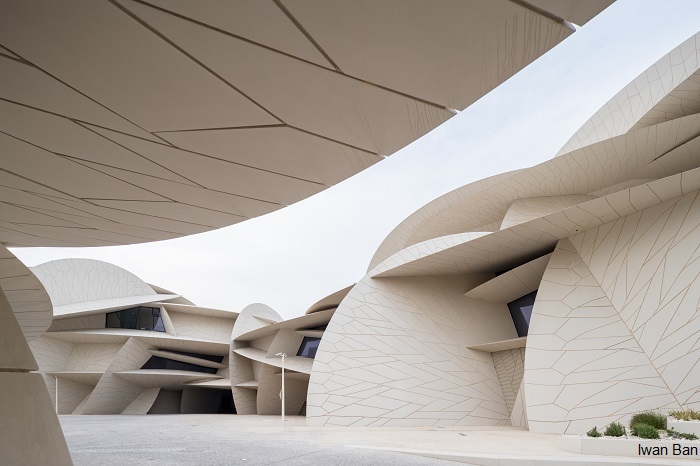 I thought about the desert rose, a kind of miniature architecture emerging from the ground constructed out of the crystals that are formed when water evaporates in the wind. The museum I designed around this idea, with its large inward-curving discs, intersections and overhanging features, is simultaneously an architectural, spatial and sensorial entity”. 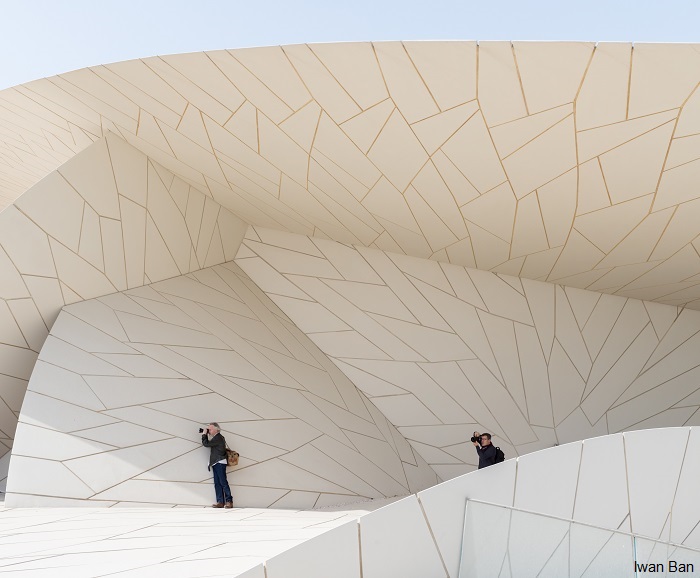 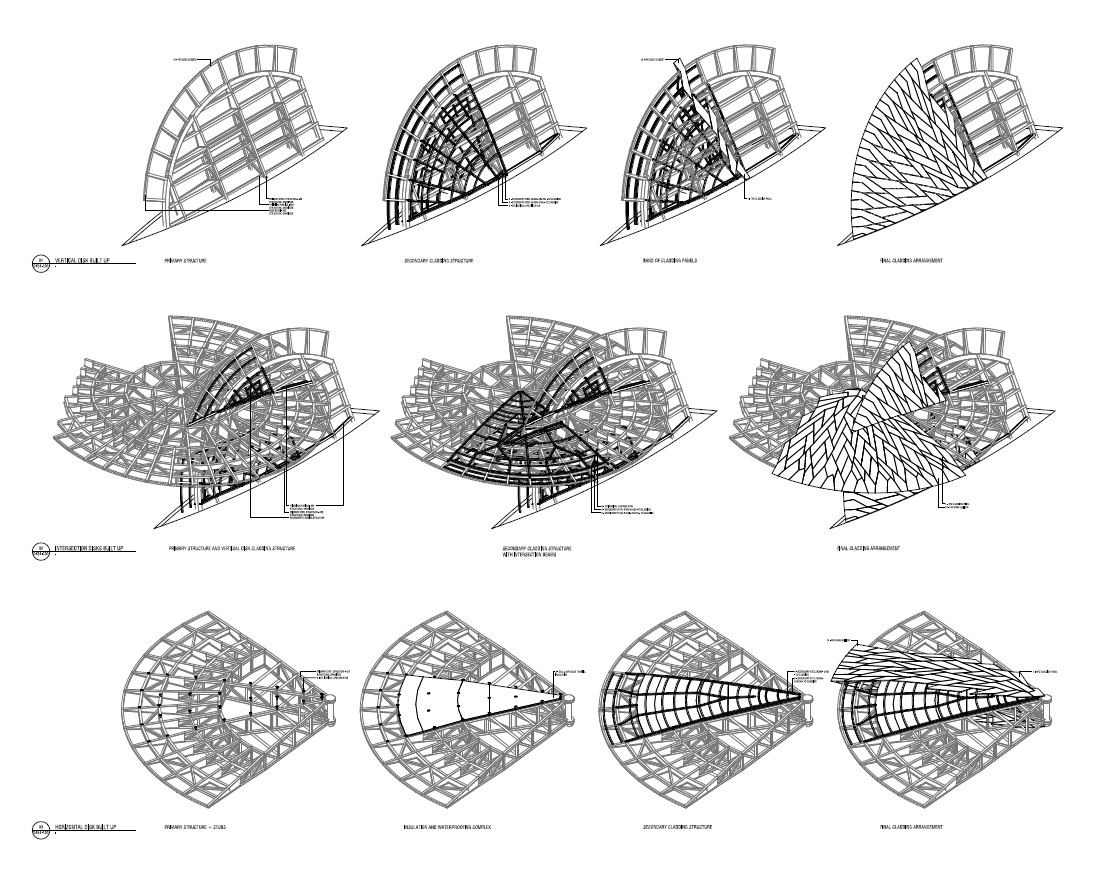 Wrapped in a skin of sand-coloured high-quality fibre-reinforced concrete in perfect harmony with its setting, the building appears to both emerge from and blend in with the ground. 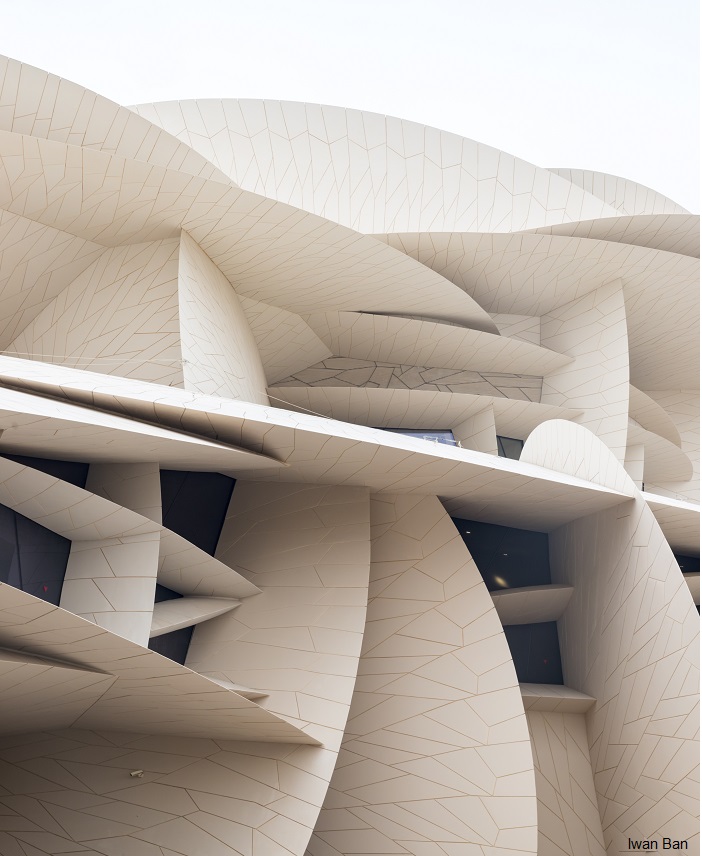 The vertical discs supporting the horizontal discs form the building’s bearing structure, while shade created by the overhanging features shelters visitors from the hot sun. Both the interior and exterior space reveal a landscape of interwoven discs surrounding the old building that integrate the exhibition spaces. 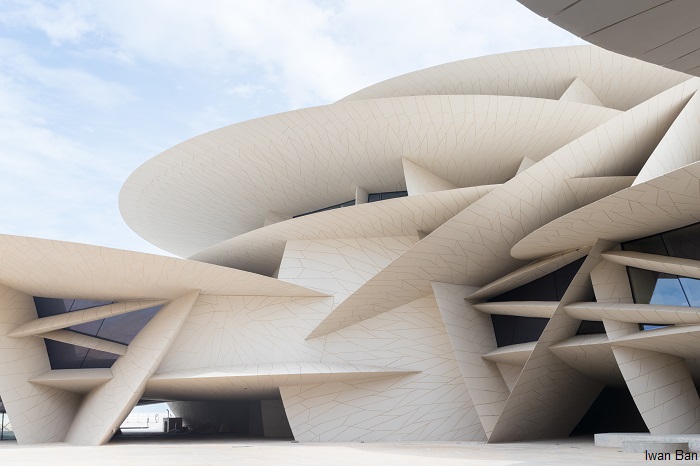 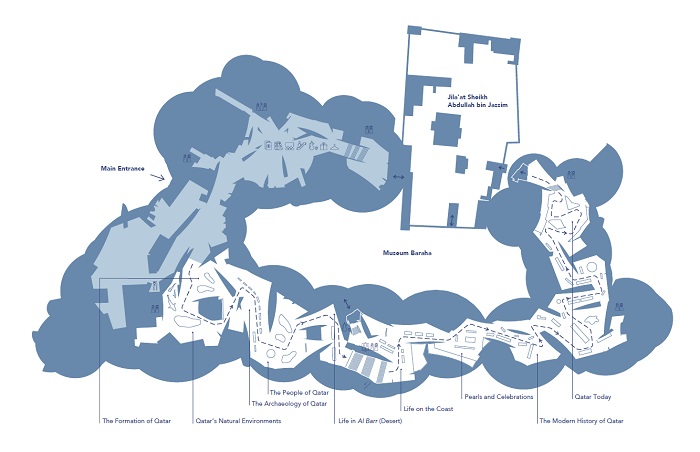 Certain points provide direct access to a central courtyard, a protected and shaded space with the museum set around it. This space can host shows, performances and other events at the same time as exhibitions. 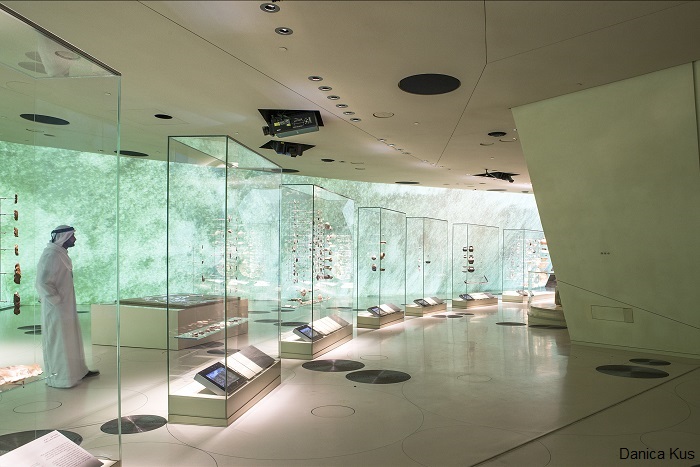 Designed by Jean Nouvel, the museum layout is composed of a sequence of unique and diversified geometric spaces ensuring all the galleries are quite different and creating an overall sense of surprise and adventure. 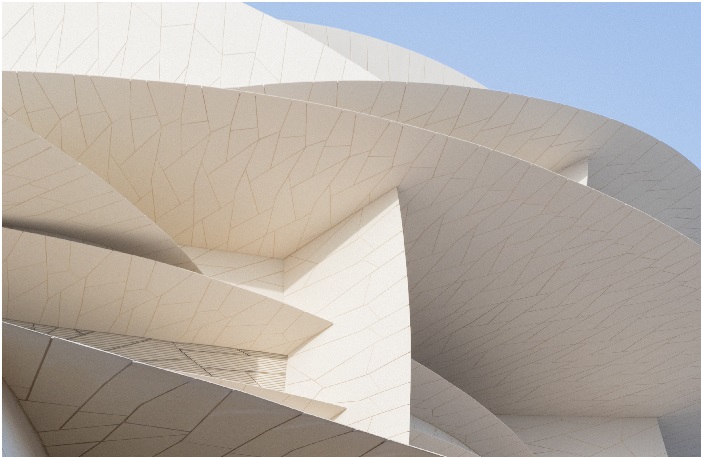