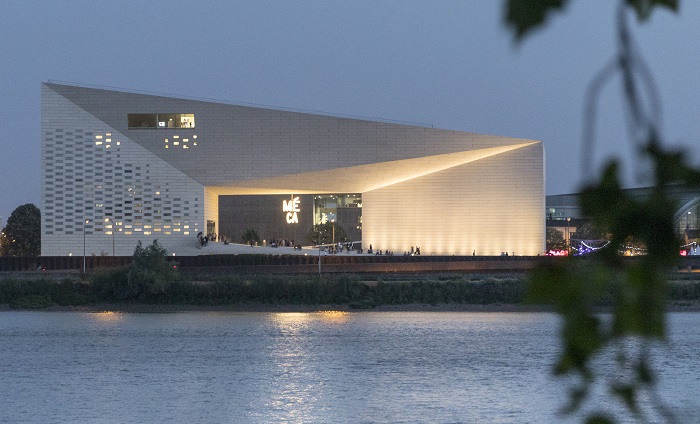 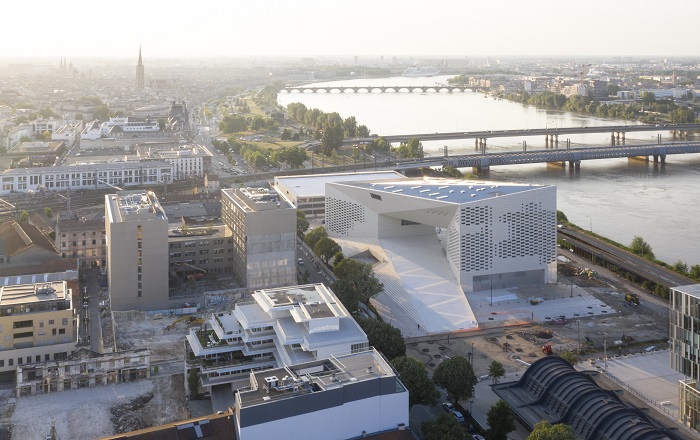 “OARA, ALCA and FRAC 5 (three cultural associations in the Nouvelle Aquitaine Region involved in art-entertainment, the book-film and audio-visual industries, and contemporary art, editor’s note)  were already there when the building was completed – and now that MÉCA has opened, the fourth and final element is in place: the city and the citizens of Bordeaux. Within this new urban room, we have already seen the arrival of the first skateboarders, the first romantic couple sharing a bottle of Bordeaux on the steps, and the first demonstration on the sloping promenade. So, consider MECA’s urban room as a blank canvas or rather an empty frame for the people of Bordeaux to fill  with their ideas, creativity and culture to make it their own.” Bjarke Ingels, Founding Partner & Creative Director, BIG. 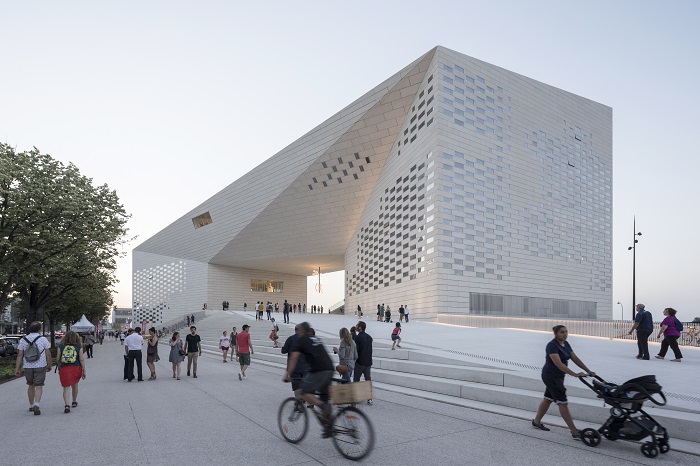 This is how Bjarke Ingels, who devised the project in partnership with the French firm Freaks Architecture, summed up the urban significance and cultural role of this new “imposing” work of architecture. 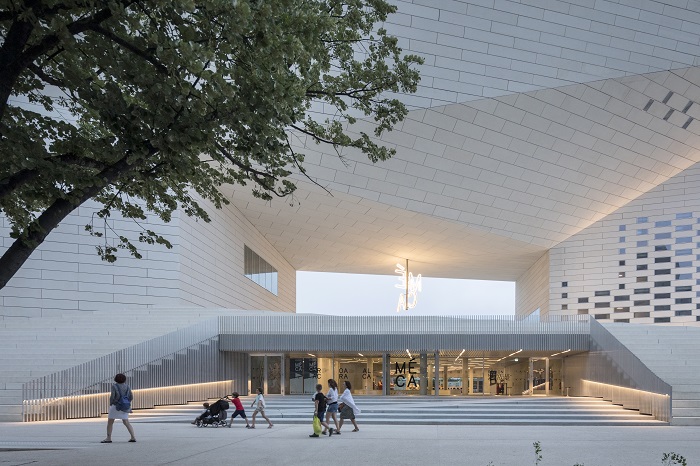 It opened in Bordeaux in July after three years of building work. Built along the banks of the River Garonne in the heart of the Saint-Jean Belcier neighbourhood close to the railway station, MÉCA  - an acronym for Maison de l’Économie Créative et de la Culture en Région Nouvelle Aquitaine - immediately catches the eye with its imposing monumentality making it a landmark building driving along the redevelopment process in this rapidly transforming the area. 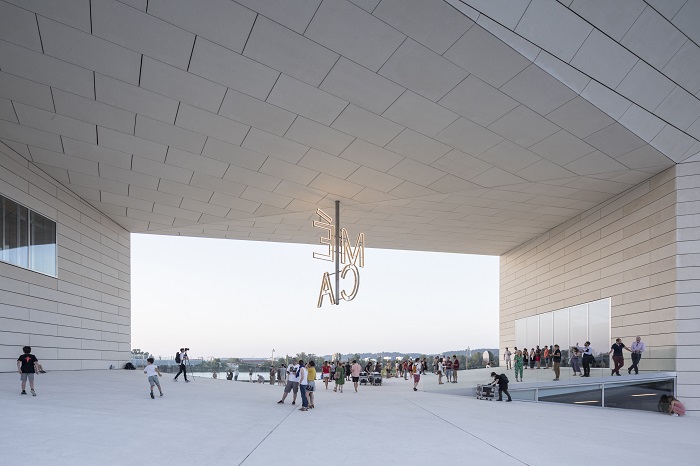 120 metres long, 37 metres tall and covering an area of 18,000 m², the structure rises up vertically in a sort of seamless movement, wrapping around like a band to create a large asymmetric arch. It is compact, sculptural and, at the same time, opens up to the city. 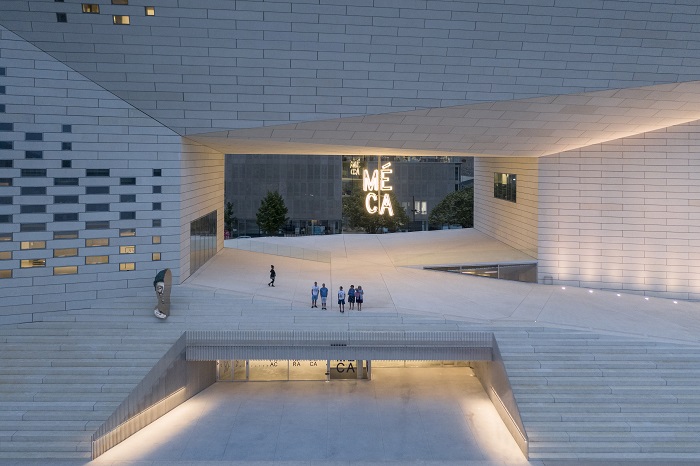 Set on a large public clearing and focused around an interplay of steps and ramps enhancing its monumentality, the two lateral columns holding the offices of OARA (entertainment) and ALCA (Agence Livre Cinéma & Audiovisuel) are loomed over by the striking structure of FRAC that connects them together rather like a bridge. 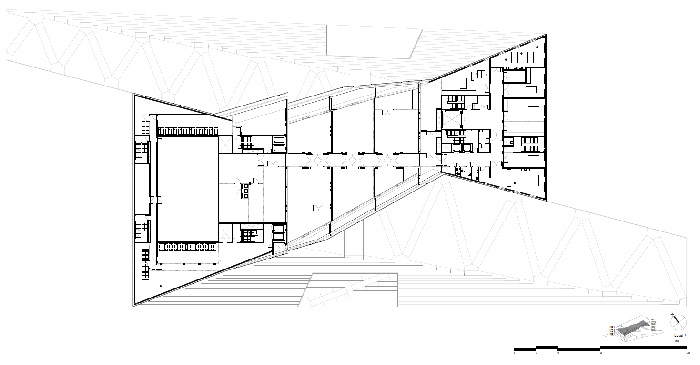 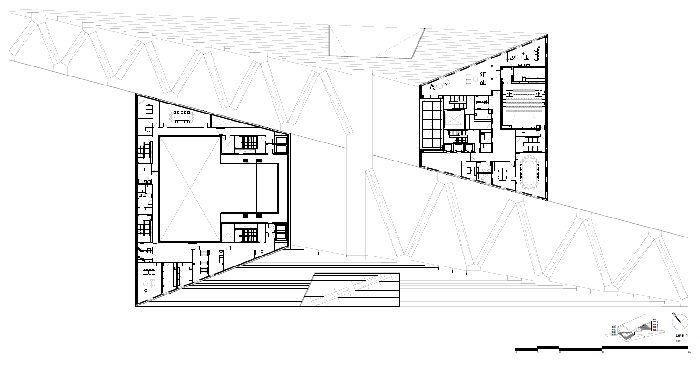 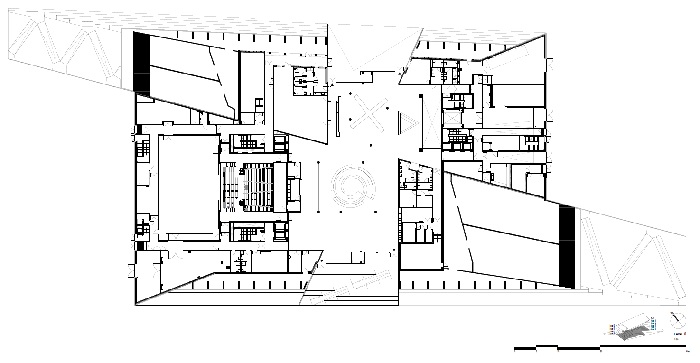 In addition to the cultural programs and synergies between the three associations, the Méca building is a new landmark dictating future dynamics and catalysing all kinds of enterprises, an “urban chamber” opening up across a spacious square to the city on one side and the River Garonne on the other. 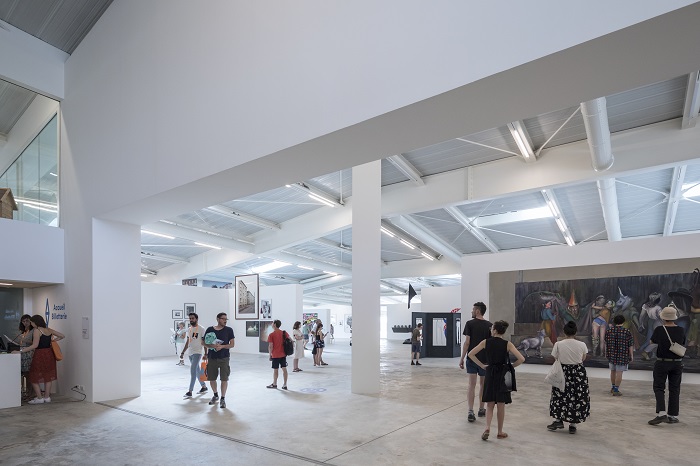 The structure’s austere, sculptural appearance is emphasised by its uniform clear-coloured surfaces covered with beige concrete panels and by the colour of the stone in the main gateway. The hihgly functional interiors provide generous, flexible and simple spaces. The atmosphere is welcoming inside, where there is a coffee bar-restaurant and 700-seat auditorium creating continuity with the outside square. 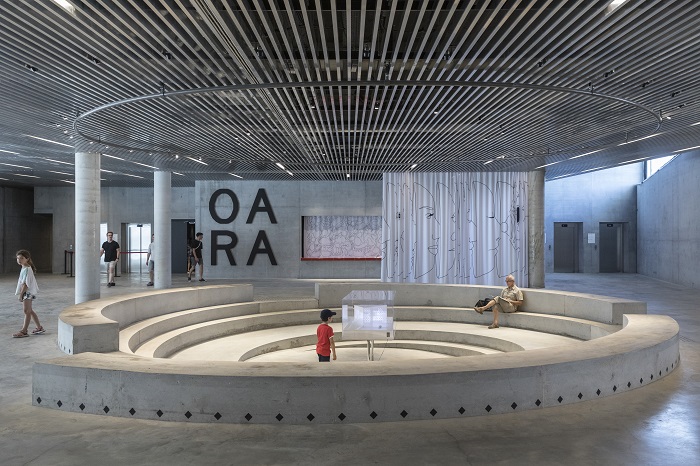 The structural designs hosting the three cultural associations cater for their specific exhibition/creative needs, including 1200 m² of display space for Frac, a 360 m² stage that can be configured in different ways for OARA, and an 80-seat projection room for ALCA. The fifth floor holds an 850 m² observation deck overlooking both the city and the River Garonne. 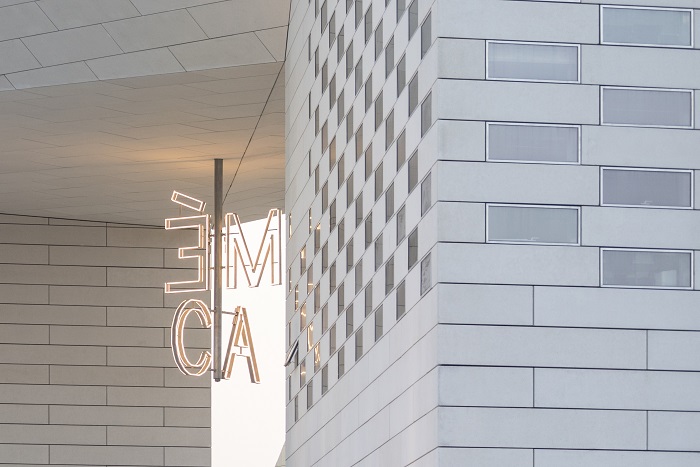