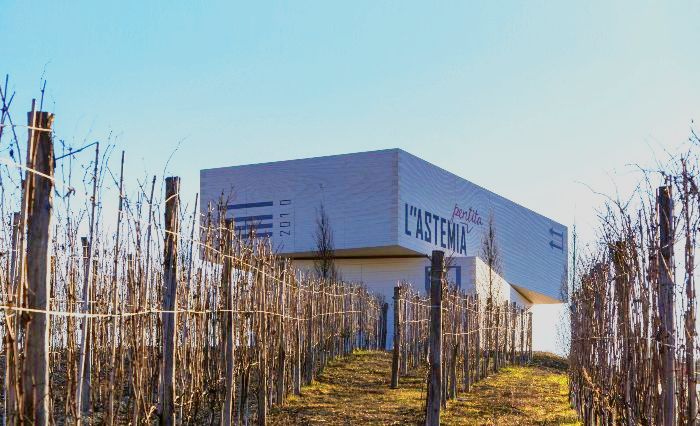 Up in the Cannubi hills in Barolo where the best vineyards in the Langhe region grow on the slopes leading up to the town centre, there is the first-ever Pop winery called “L’Astemia Pentita”, the brainchild of Sandra Vezza. The building’s architecture is a declaration of love for pop aesthetics. 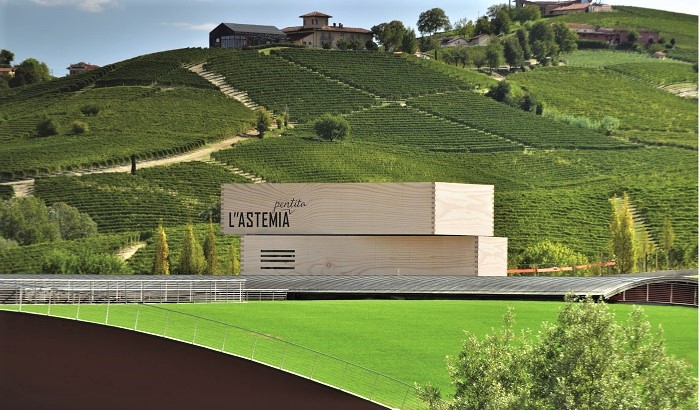 Two large overlapping structures built across the rolling hills of Cannubi look rather like two oversized crates of wine. All the production work goes on underground and there is no fence to protect the winery, which is simply surrounded by rows of vines to respect the environment and create very close links with the landscape. 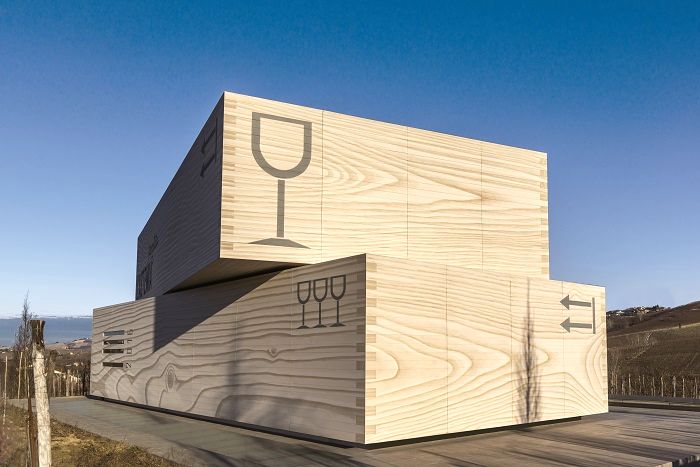 Sandra’s interiors focus on natural materials related to winemaking, like, for example, the raffia palm used for wrapping up the bottles and protecting them during transportation. Tradition and boldness combine and contrast to create an architectural project that is unique of its kind. 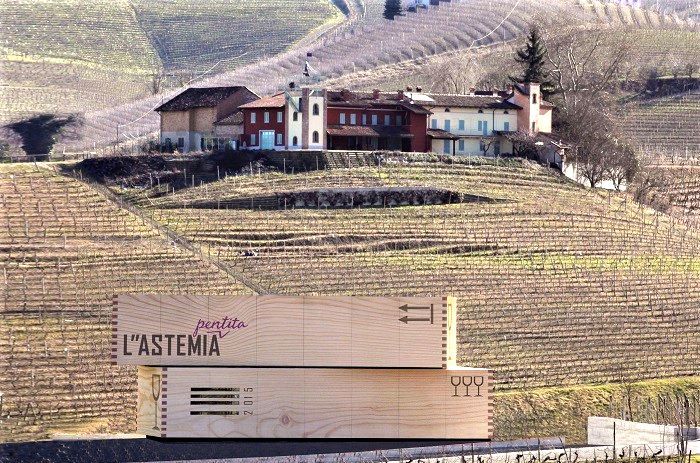 The floor, which evokes nature and tradition, contrasts with the winery’s ceilings that are decorated with mural paintings by local artists in a surrealist Pop Art style, giving visitors the feeling of actually being inside a crate of wine just as I hand reaches in to take out a bottle. The winery’s furnishing features some iconic products by Gufram, such as the Mouth sofa, Cactus and more recent projects like the Roxanne armchair. 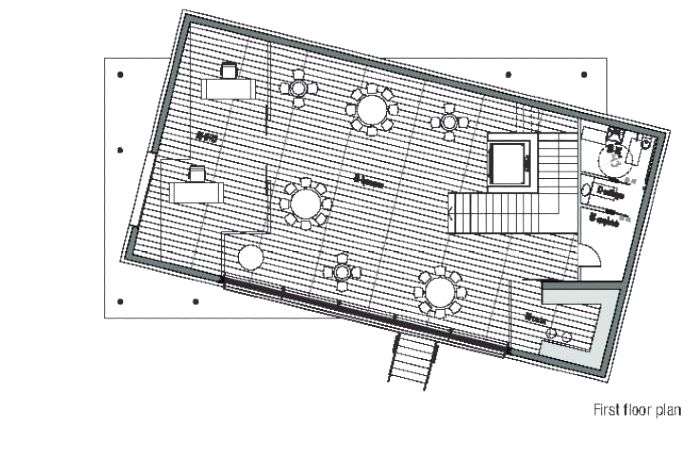 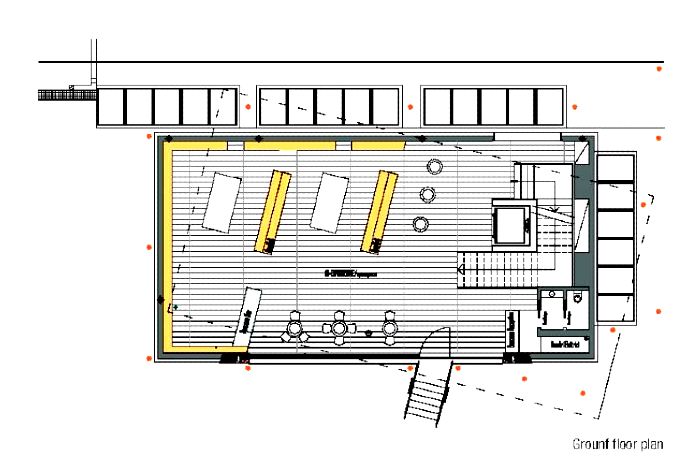 When Gianni Arnaudo designed “L’Astemia Pentita”, he was not setting out to provoke or cause a scandal but simply to use architecture as a visual means of writing a sentence in a very different kind of handwriting. As regards the idea behind this winery, his intention was to give the construction some ethical value, focusing on its packaging, which in our age is often more important than what it contains. 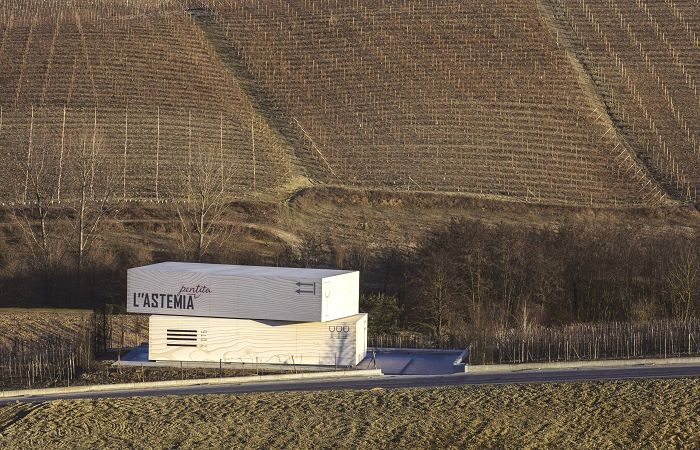 Just like in other works by Arnaudo, even in the realm of design (such as the Dejeuner sur l’arbre table belonging to the Pompidou Centre’s permanent collection in Paris), the message is conveyed drawing on to Pop Art techniques: “zooming” and irony.

Zooming – on an object, the two overlapping staggered microscopically rendered boxes – in order to focus on the concept rather than the construction (which is, in fact, quite small); irony, a very old method of criticism (and certainly not a Pop invention): a way of pointing out current contradictions in the world of winemaking and marketing. 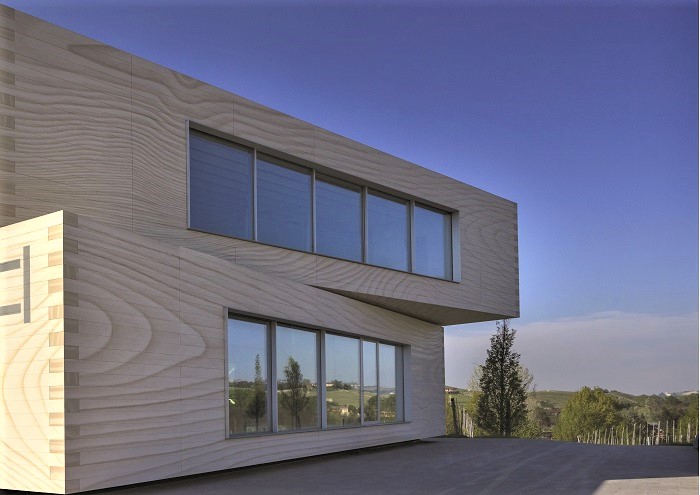