Winner of the competition to design Gangnam International Transit Center in Seoul, Dominique Perrualt designed his project to be a piece of Land Art, a minimalist gesture creating an incredibly powerful new transport centre right in the heart of the city. 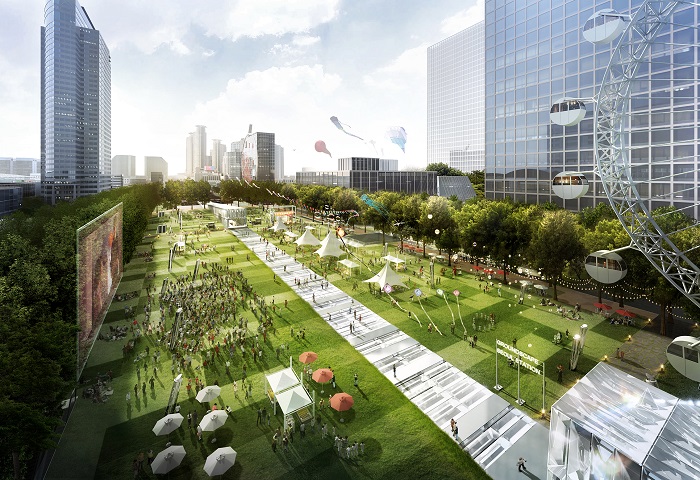 Constructed along the two main roadways through the Gangnam, Bongeunsaro and Teheranro districts, LightWalk is a landscape project that connects together the two roads and acts as an urban landmark. Like a ruler, one single line cuts across the land to create a new horizon. Built inside a new 28,000 m² inner-city park, “Lightwalk is not a building, it is a project with no specific design, a engineering masterpiece that allows light to flow into the various underground layers to illuminate the premises of the new underground station and enhance the facilities above ground. The light beam is not just an optical device. Thanks to its urban presence, it marks the various entrances to the station. Regardless of whether you arrive on foot, by bus, by car or on the train, a ray of light marks the road, both inside and outside. Unlike the kind of ordinary damp and dark tunnels found in Seoul, Lightwalk will be completely illuminated by natural light. 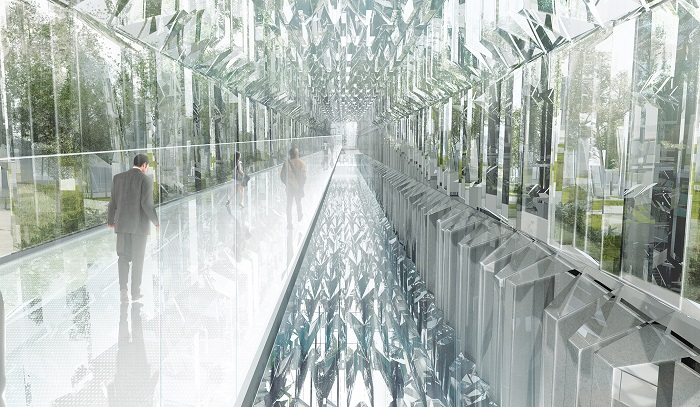 The light beam is used as if it were a technical-optical instrument for controlling the light, temperature and humidity levels. This feature helps disperse sunlight, enhancing its effects in the lower levels. Thanks to the beam of light, the interiors are flooded with natural light to create the same kind of atmosphere as outside. Gangham International Transit Center will also accommodate an underground park. The interiors are set around the park, which will be flooded with natural night through the luminous beam. Landscaping will be everywhere, on the floor, on the walls and on the natural and artificial ceilings etc”. Seoul station to the south is designed like many of the world’s most striking and eye-catching stations. It is designed to provide a timeless experience geared to passenger comfort. The large entrance lobby at the north end is, on the other hand, a more intimate construction. Interacting directly with the light beam, it provides natural lighting and interact closely with the ethereal park. 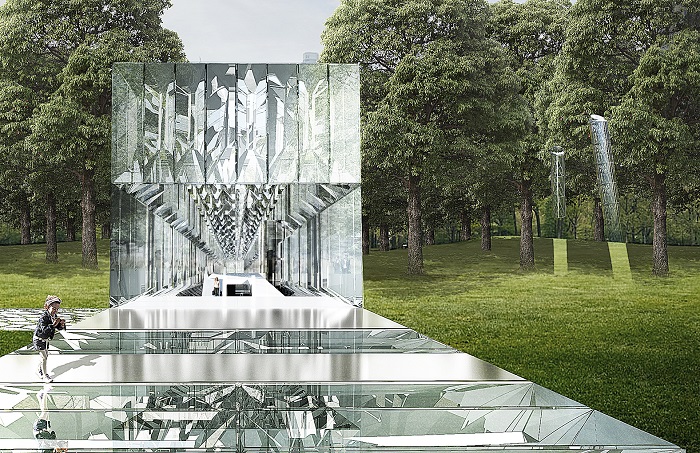