published in the​ l'Arca International n° 127

As the biggest public cultural facility in Saint-Malo, La Grande Passerelle is instantly visible from the TGV station. The centre includes a media library, three art film theatres and a space devoted to digital media and technology. Viewed as a whole, La Grande Passerelle is an embodiment of the metaphor of openness, a gesture inspired by the local shoreline and the architects’ desire to create seamless continuity between the built spaces and pattern of external spaces. 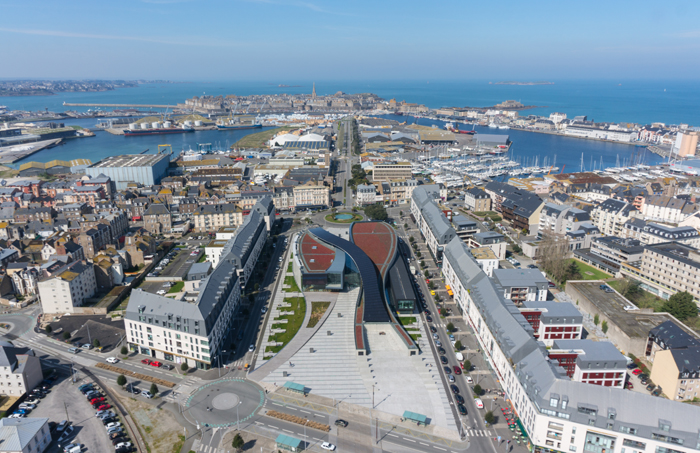 This spatial layout combines with the generous nature of the public spaces set out across two clearings located at either end of the complex and completed by a small outdoor amphitheatre over on the south side. The city’s interaction with the sea is mediated by a huge curved strip covered with 640 photovoltaic panels, which join together the two cultural poles like a kind of bridge. This feature acts as a “backbone” protecting the central foyer, a transparent space running across the building to extend public space into the complex. The foyer provides access to the media library and film art theatres. The structures of these two cultural facilities extend and intersect in an inverted upwards movement: the curve of the media library rises up in the direction of the sea and the film art theatres extend into the interior landscape. 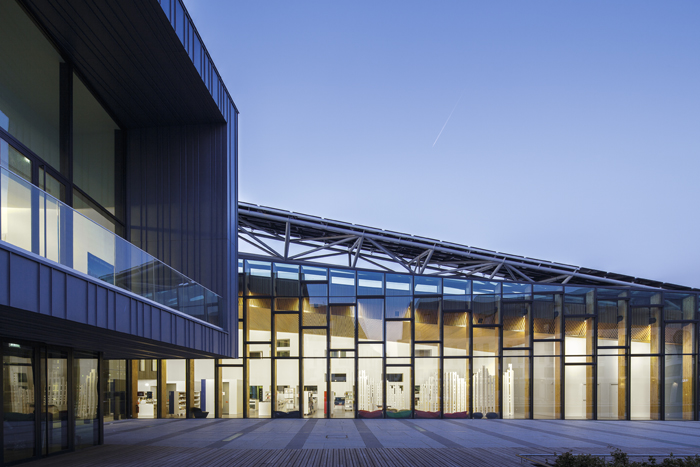 The media library is shaped like a huge fluid and flexible space well-lit by natural light. An oblong structure made of anthracite zinc accommodates the staff administration offices and funds. The warm colour of wood predominates: the columns of the laminate structure and ceilings made of panels of solid wood created a sinuous-looking space. The glass facade to the south is sheltered from the sun by external curtains. The foyer represents the entrance to La Grande Passerelle dominated by the mezzanine level of film theatres projecting out towards the city and opening up to the station clearing. 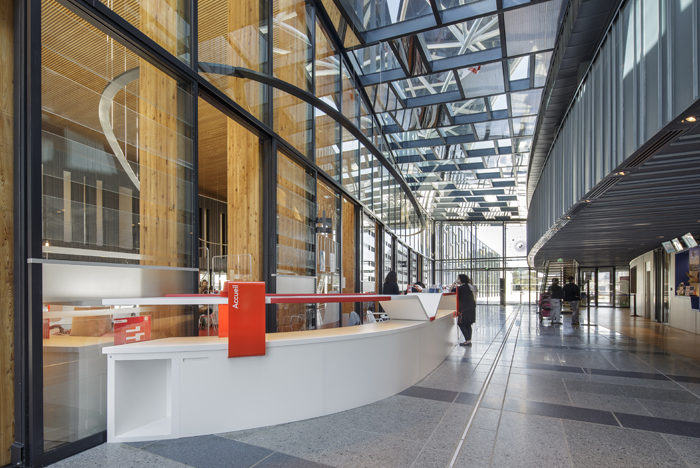 The north facade of the main structure of the art film theatre is an undulating surface made of cement painted in mother-of-pearl white fitted with glass panels in an irregular pattern, whose gentle rhythm creates an interplay of reflections. This theme is taken up again in both the glass windows of the foyer of the media library and the night-time lighting for the clearing, which is paved with brightly-lit chip inserts. The west facade is characterised by the overhang of the “main strip” accentuated by the right kind of signage to mark the building’s presence in the city. 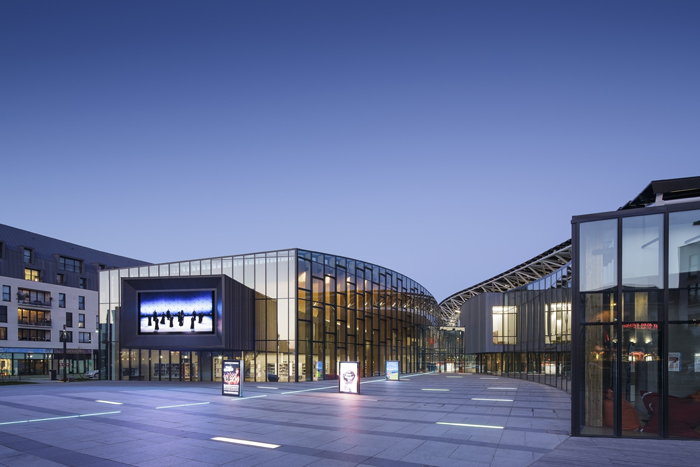