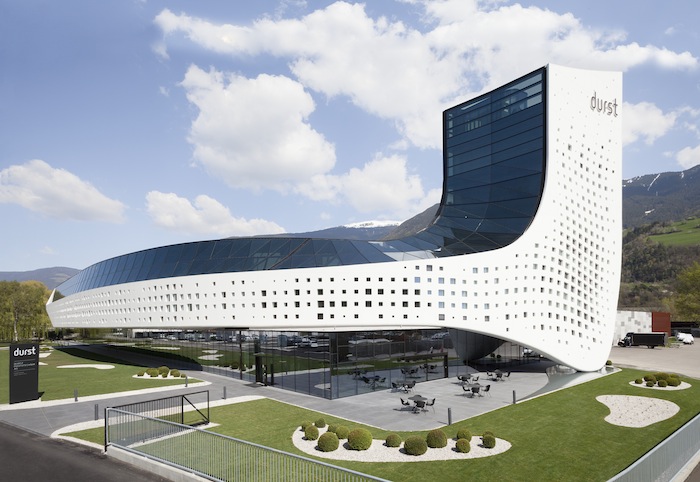 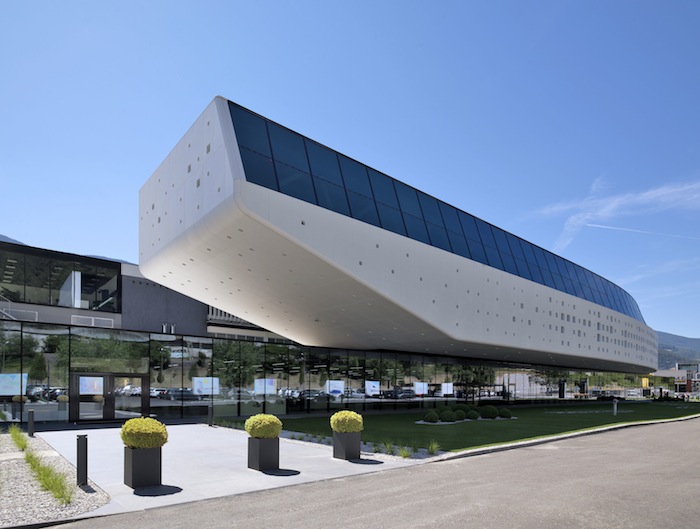 The idea behind this building, designed to accommodate the new headquarters of Durst Phototechnik (a company from Alto Adige, which is a global leader in high-performance printing systems), is to showcase its own extension. The new construction is superimposed on the old one to focus on its stylistic qualities and, most importantly, deliberately designed to catch the eye and attract attention. This explains the rather unusual stylistic solution of incorporating an apparently soft and elastic feature carefully superimposed over the rest of the building’s much squarer and more rationally style structures. 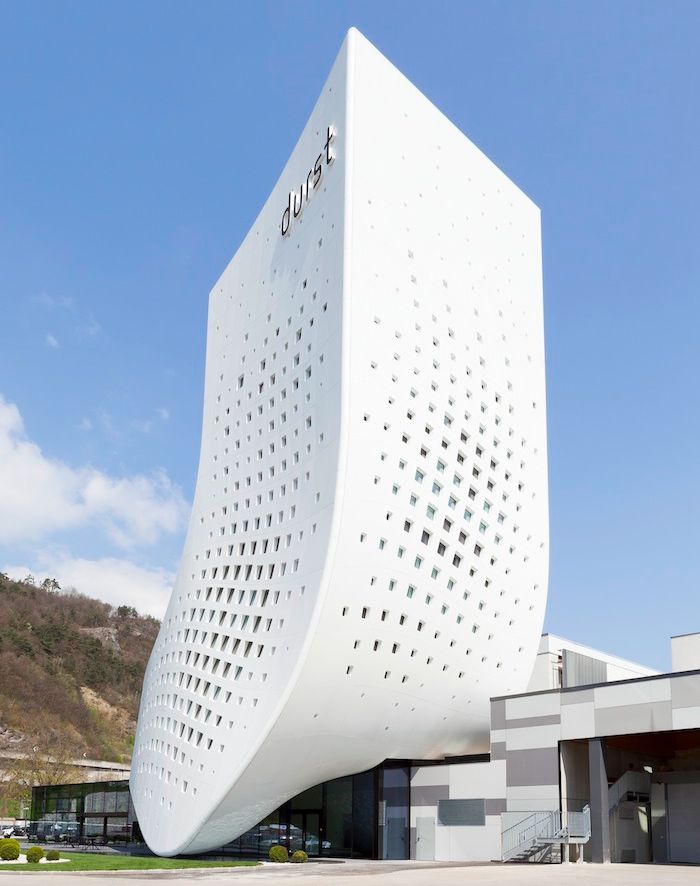 On one side the extension looks like a tower, i.e. a geometric feature emerging on the landscape that really capture’s our attention. On the other, it inverts the usual relationship between opaque and transparent features. The glass windows are, in fact, set in the roof at the top, while the facade is made of lightweight concrete elements placed above the ground floor which, conceptually, seems to still be part of the old building. 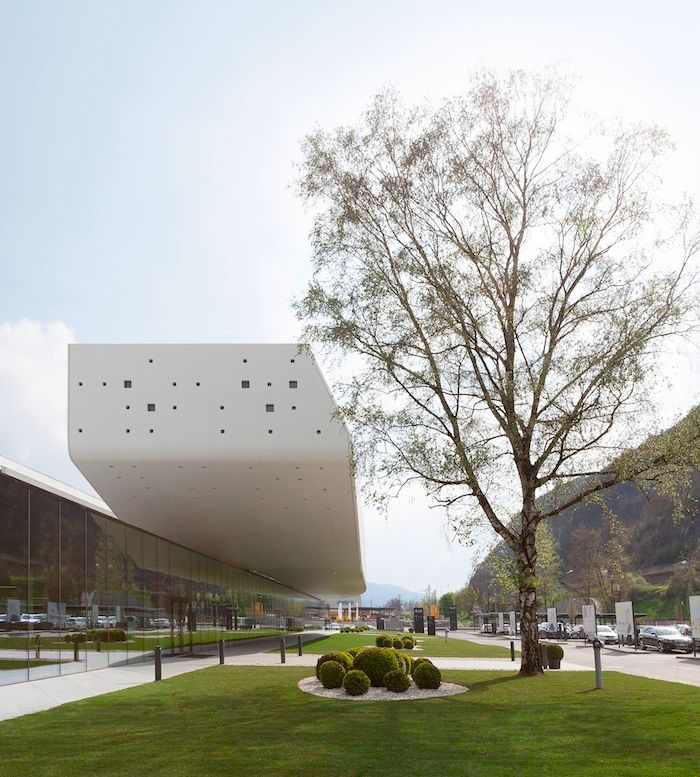 In turn, the concrete facade is perforated with various sized square windows. They provide lighting for the interiors and, at the same time, call to mind some sort of ideal grid or square matrix that helps shape the main front. 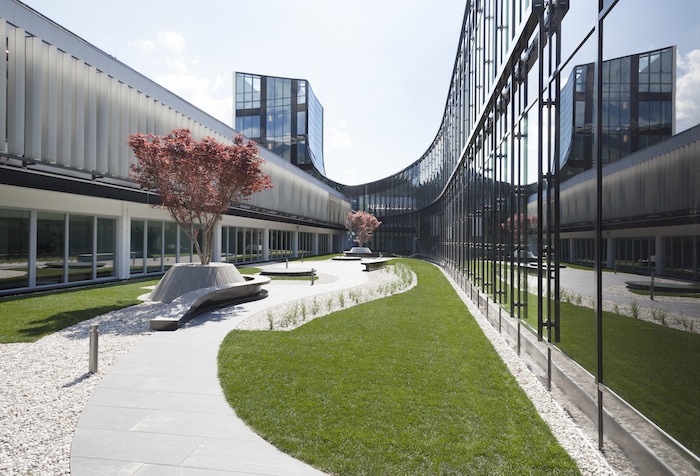 Because these squares are deformed, as if they were being subjected to some kind of load, at the point where they project sideways, it feels as if you are looking at a dynamic, lively and (as we have already said) to a certain extent elastic building, which wants to project it- self up into the sky. 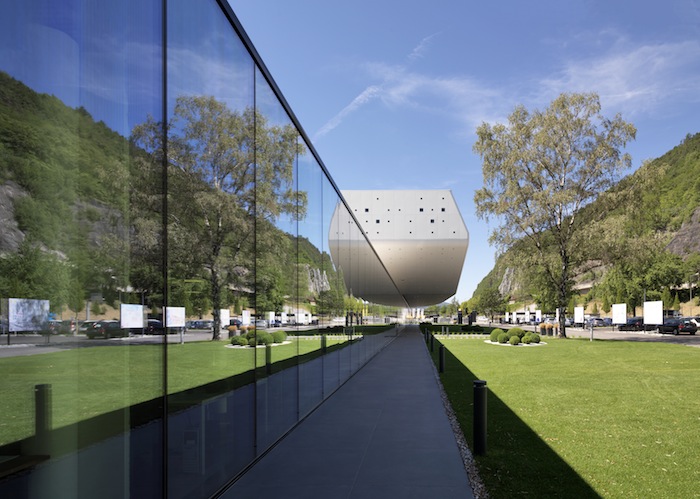 One of the most striking features is the long glass roof that turns into one of the elevations over on the part that projects up like a tower. The interiors are all very carefully designed. 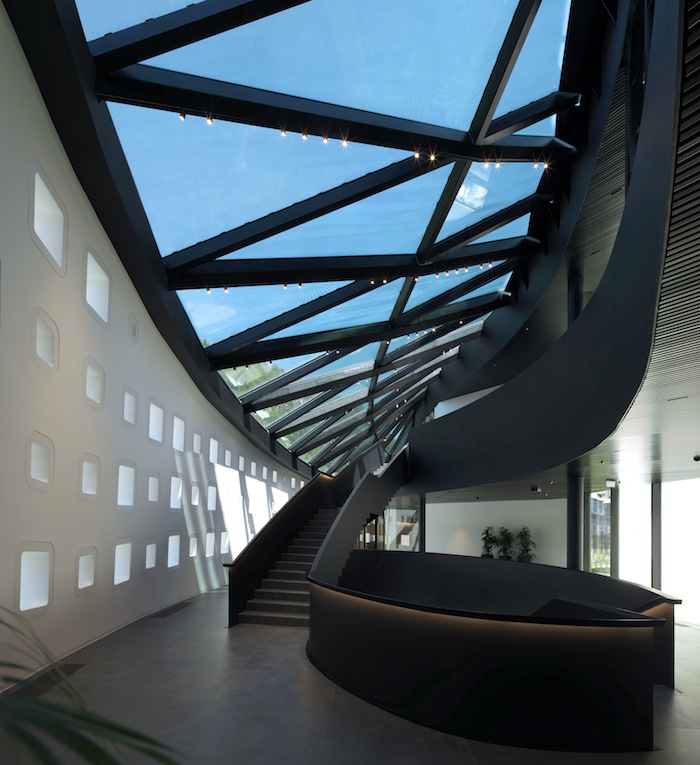 The idea of a sequence of rooms set along a corridor has been abandoned in favour of a more fluid layout of interconnected spaces. 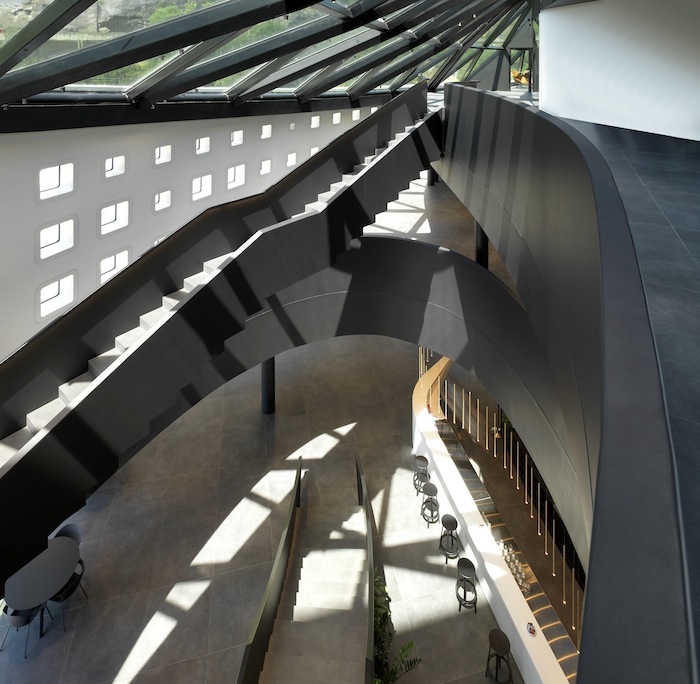 This architectural promenade is enhanced by incorporating tech- nologically cutting-edge functional islands, which, combined together, are quite simple and colourful. 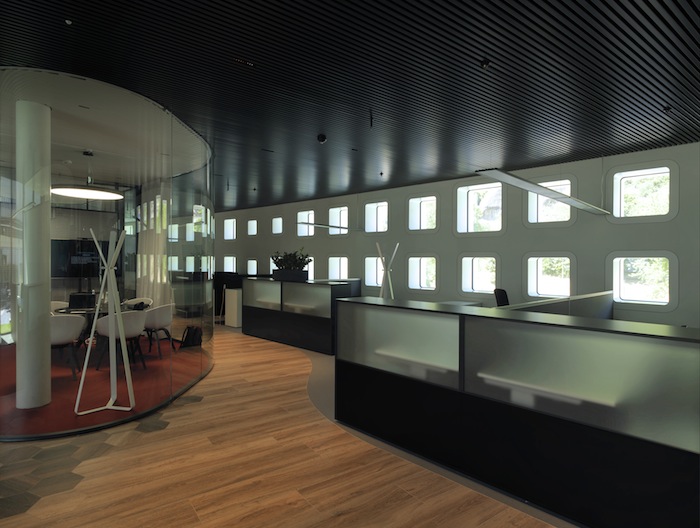 The idea is that the factory and its adjoining spaces no longer have the dark and austere feel of conventional industrial buildings and have turned into a place where people can meet, train and interact culturally. Luigi Prestinenza Puglisi 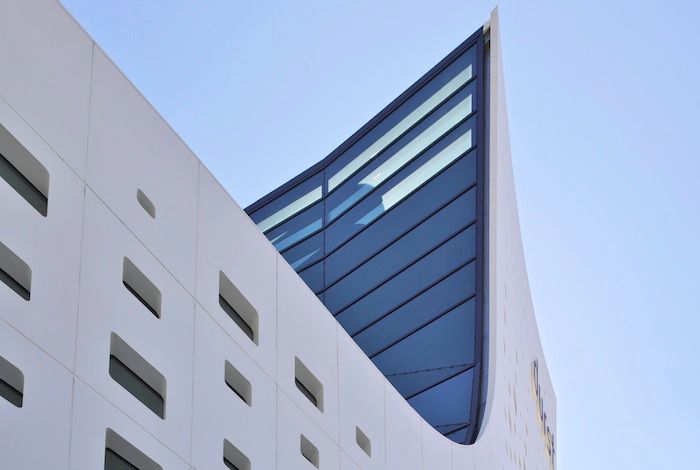