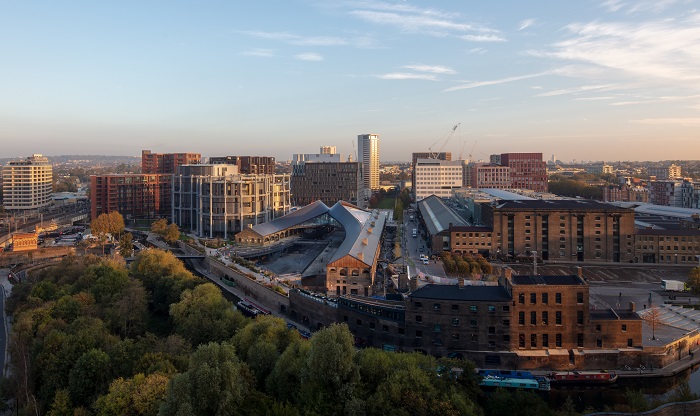 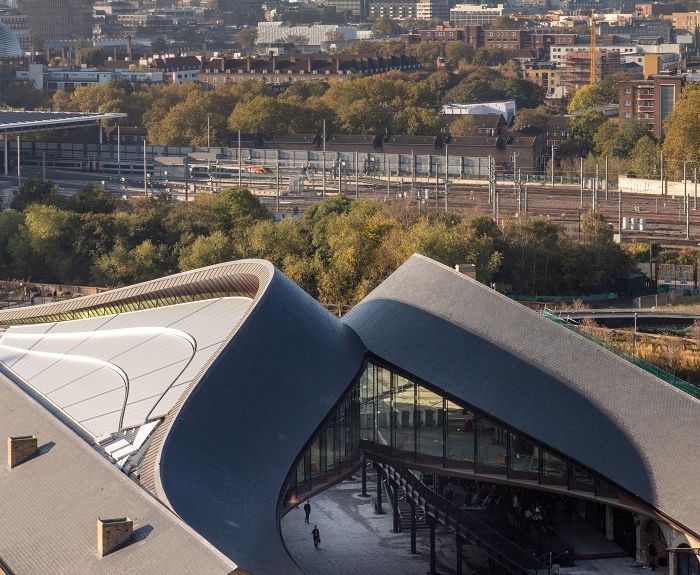 Originally part of Lewis Cubitt’s plan for King’s Cross in central London, this pair of elon¬gated Victorian warehouses was built between the 1850s and 60s to store and transfer coal across London, delivered by rail from northern England. 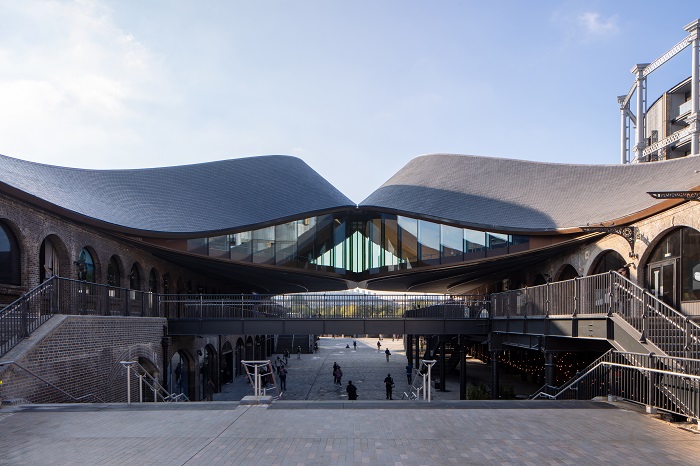 The studio was commissioned by the King’s Cross Development Partnership to revitalise the site into a retail quarter. The challenge was to transform the dilapidated buildings and long, linear site into a lively retail precinct where people could gather and circulate with ease. 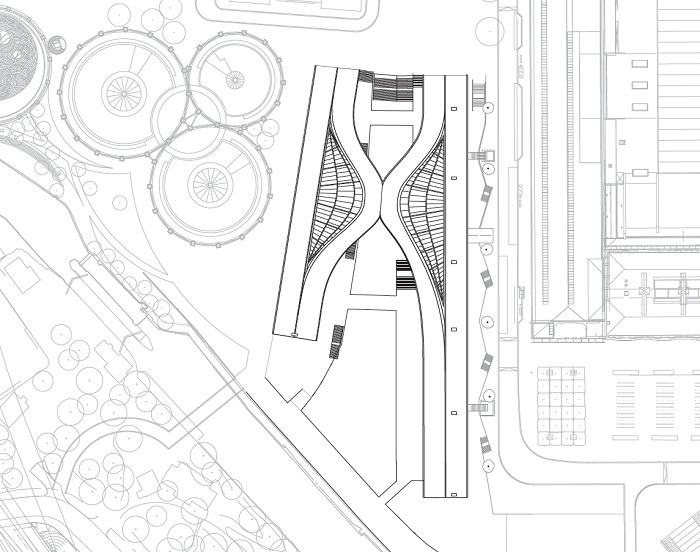 Heatherwick proposed to extend the inner gabled roofs of the warehouses, which would link the two viaducts and define the yard, as well as creating fluid patterns of circulation.  The existing roofs rise and stretch towards each other until they touch above the public courtyard. From the elevated vantage point, visitors can survey views south to King’s Cross and the Crick Institute, or north to Cubitt Square. 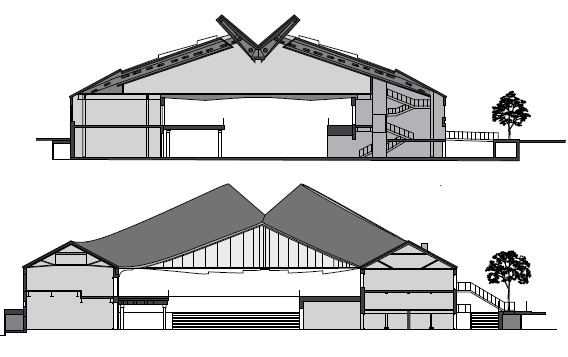 Beneath, the new roof creates a sheltered 20-metre-high space for people to linger in as well as providing a venue large enough to host concerts or performances. An amalgam of old and new, the roof form and patina is specific to the site. The new 35-metre-wide extension was designed to flow seamlessly from the original gables and create the illusion of two buildings lightly touching in midair. This required a complex structural solution. 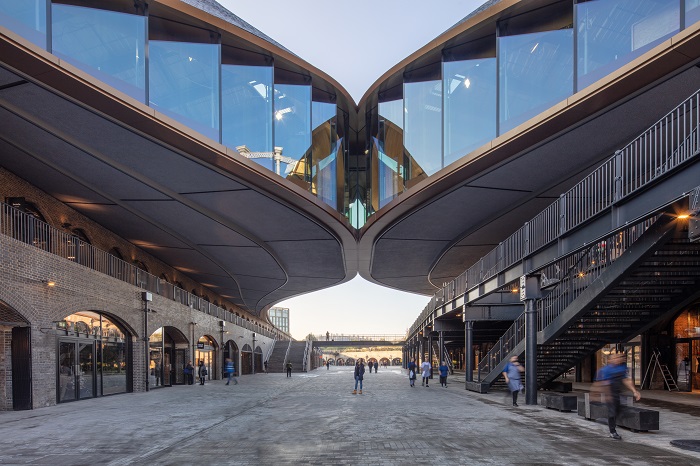 To create a self-supporting intervention that also preserved the integrity of heritage elements, 52 new steel columns were threaded through the existing buildings, concealed behind aged brick and iron, and shored up by concrete walls and cores. 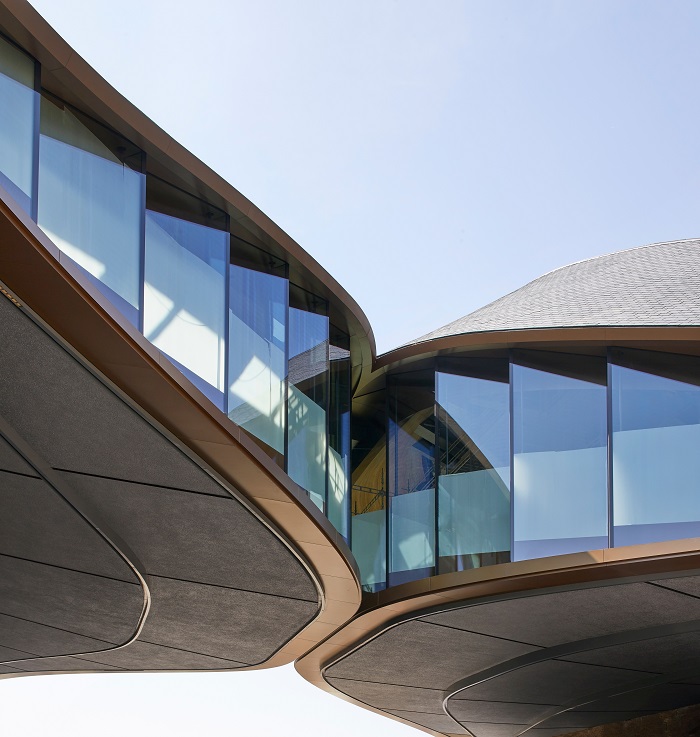 Each of the curving new roof ribbons is formed of 20 steel sections bolted onto four trusses and tied back to the columns. Framing the top floor’s panoramic outlook are 64 panels of full-height structural glass arranged in a staggered, serrated pattern. 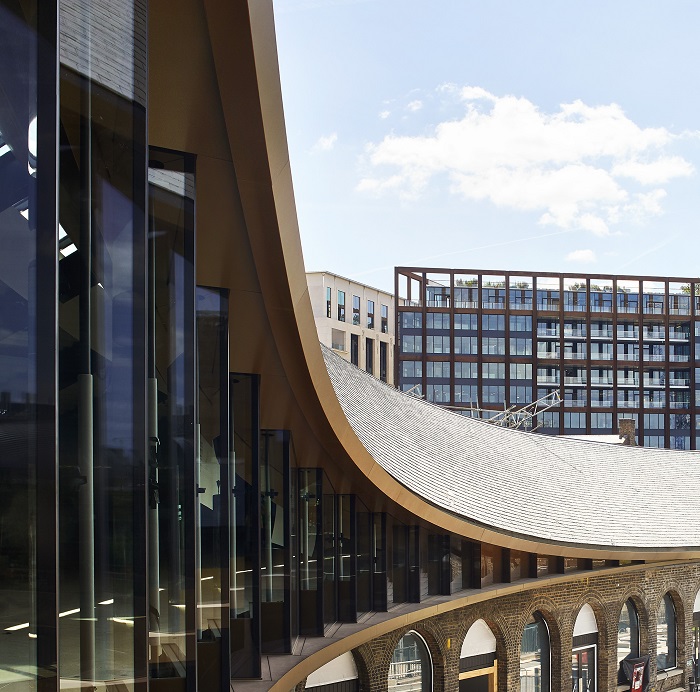 The cladding of the new roof includes over 80,000 tiles and the roof slates are drawn from the same Welsh quarry as the original Victorian building to give a consistent blue-grey hue. Alongside the primary design adaptation of the roof is the wider restoration of historical structures. 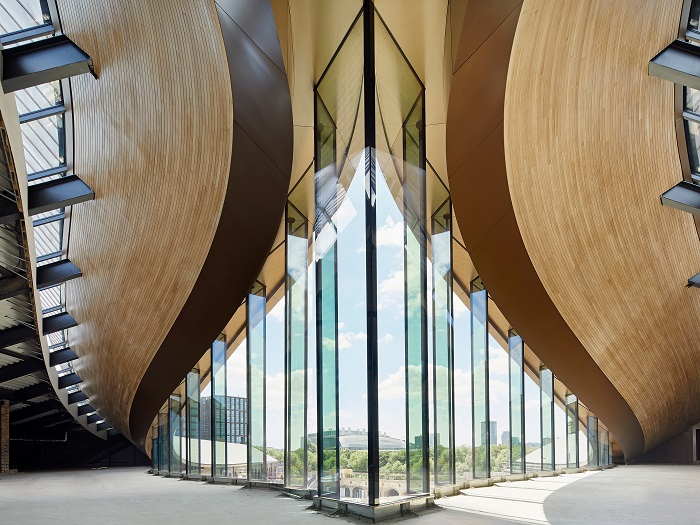 The studio sought to enhance and adapt existing buildings as much as possible. Adopting a light touch, where necessary, new additions drew on the palette of aged ironwork, soot-stained brick, slate, timber boards and the cobbled yard of stone setts. Giving about 10,000 m2 in total for shopping, dining and events, the retail quarter is conceived of as a series of streets linked horizontally and vertically. 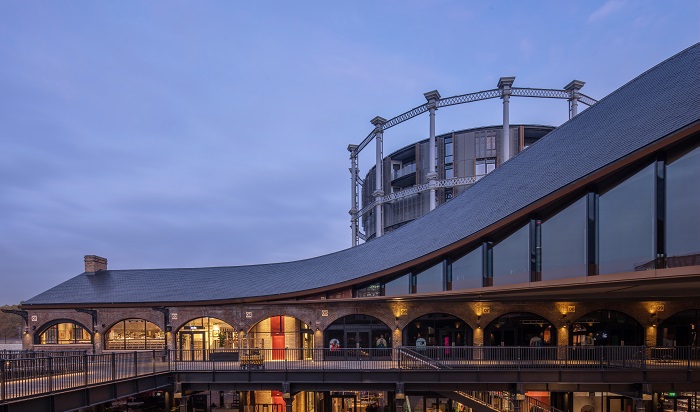 In contrast to the homogenous experience of a shopping mall, the 55 units vary in size and accommodate a range of retailers – from pop-up stores to large-scale units for established brands. 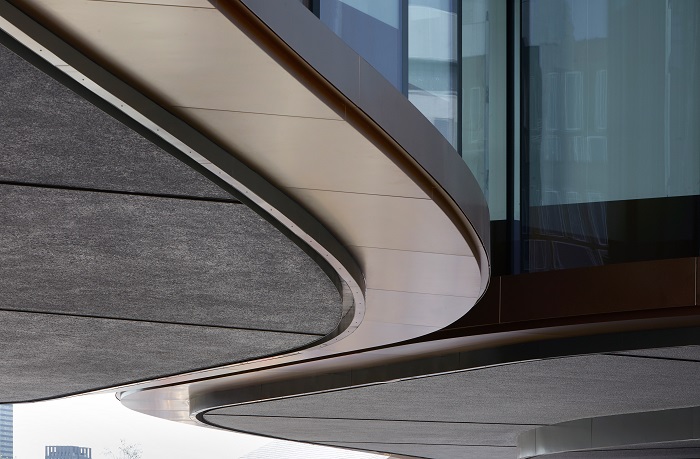