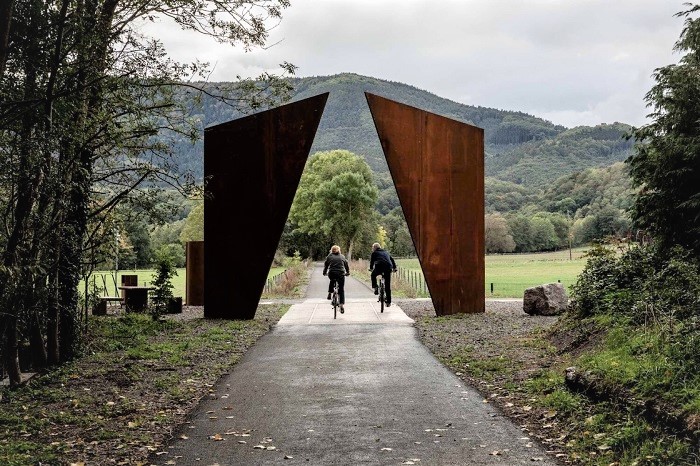 The winding layout of local quarries is part of the meandering landscape of Alsace, full of woodlands and waterways, and it is an invitation to come and rediscover the Rosheim-St Nabor railway line once used for transporting both goods and passengers. Its tracks, partly concealed from view and partly on display, set the guidelines for the site. The architects are inviting us to slowly trace the entire route to rediscover forgotten landscapes now completely unfamiliar to so many people. 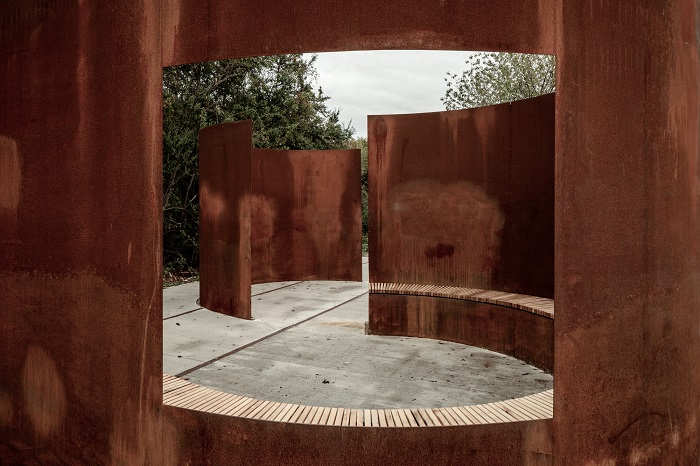 The route covers a distance of 11 km along which various train stations have been renovated to coincide with five different sequences of landscape. They correspond to quite different settings that really arouse visitors’ senses. Rosheim, renovated in the form of intertwining circles of Corten steel, tells the story of the past. A maze-like pavilion conceals both concave and convex interiors allowing visitors to wander freely along the train tracks and across the platforms so that they can admire the surrounding landscape and think about where we are all heading.

Boersch, in contrast, provides an overview of the history of water. Down the ages, rivers have facilitated interaction with the world through water, a dynamic feature of the landscape extending right down to the oceans. The rivers here widen the waterbed and form a giant amphitheatre leading to the water. 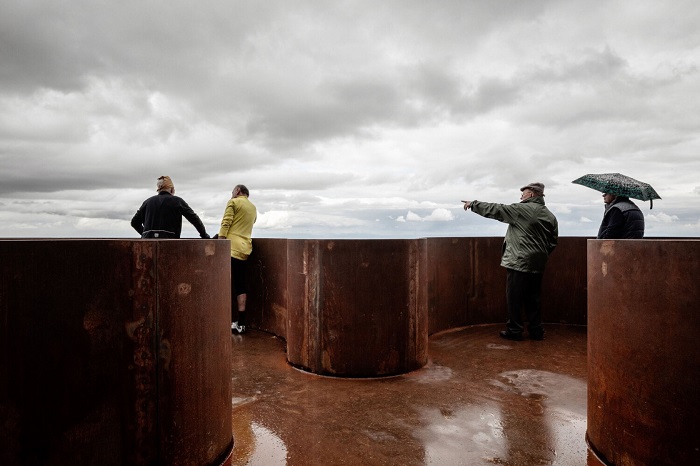 On a different note, it is the history of the land that takes precedence in Leonardsau through a long ‘green’ tunnel where two large sheets of steel create a sense of openness to the surroundings. They point towards an open gateway providing views towards Mont St-Odile. 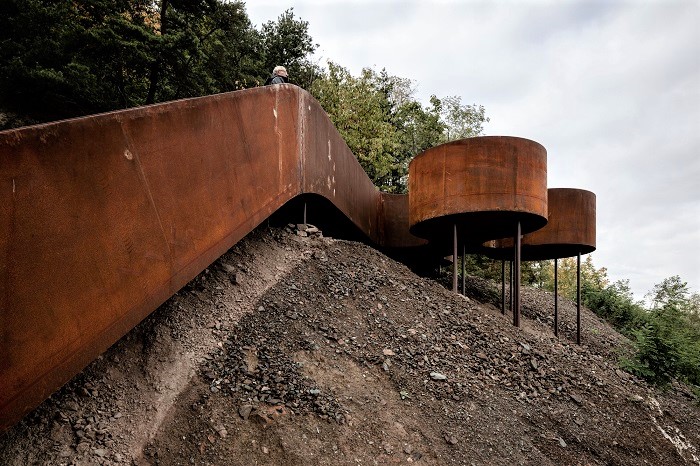 Ottrott tells us about the history of travel showcasing the old railway station now used to display important artefactsrepresenting the history of this railway line. Set in a fabric of housing buildings, a tank symbolising water connects the construction to both historical and landscape features. On the other hand, Saint-Labor presents the history of the mining industry. 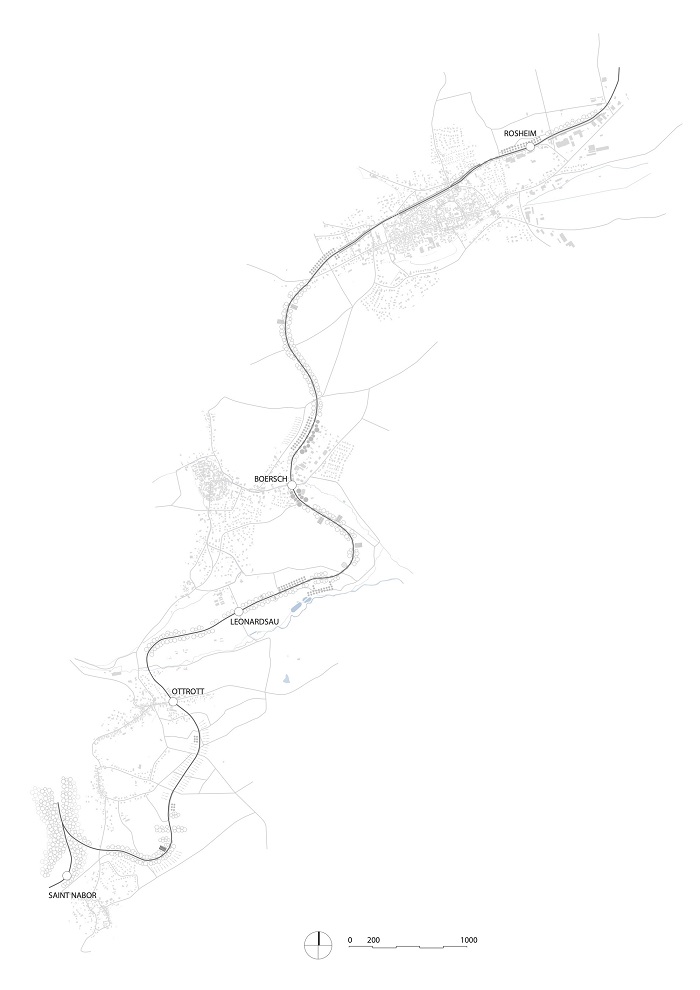 Closed the years, it is currently undergoing a process of “renaturalisation”. The mines and quarries represent the reaffirmation of greenery on an old industrial site. On one of the highest machine-made platforms, travellers can enjoy a truly spectacular sight: a Corten steel promontory offering an extensive view across Rosheim Valley and the flatlands of Alsace. Inspired by the shape of a four-leaf clover, allows visitors to enjoy panoramic views across some breath-taking landscape. Mario Pisani 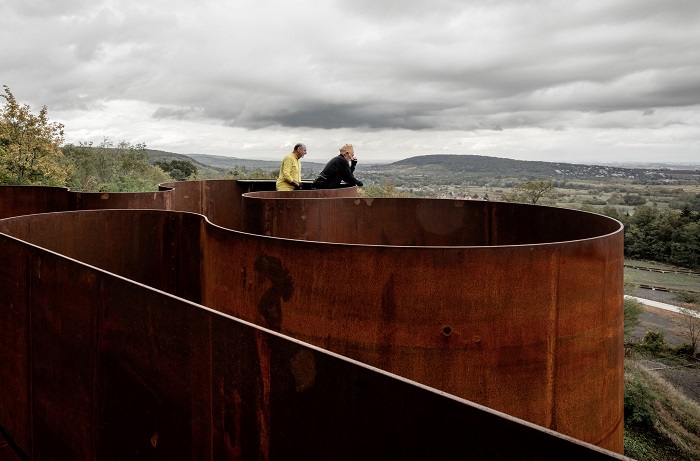