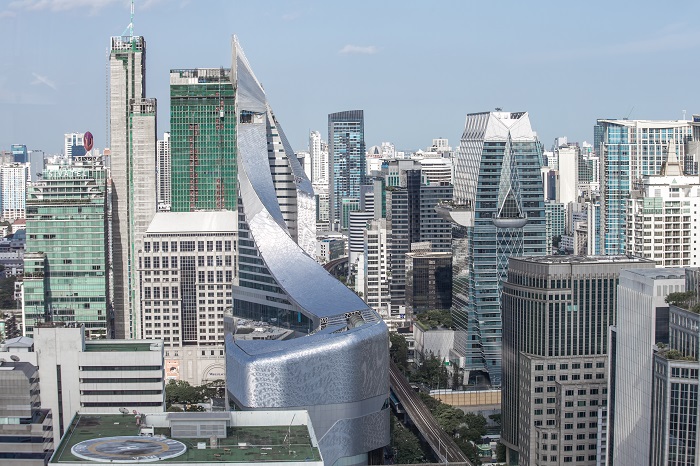 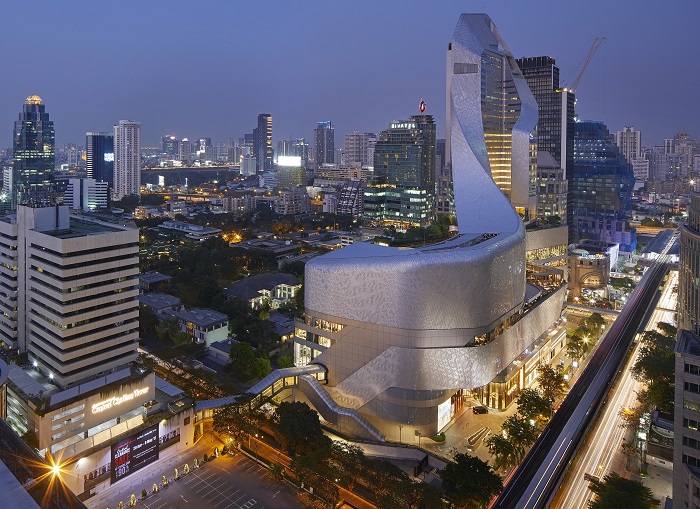 Last May, the Central Embassy building, a striking 37 floor tall retail, leisure and hotel tower in central Bangkok for Central Group, Thailand’s leading retailer and department store operator has completed by AL_A. The complex brings a distinguishing new silhouette in the city, one that opens out both to the street and the skyline, and extends an invitation to the people of Bangkok and the world beyond. 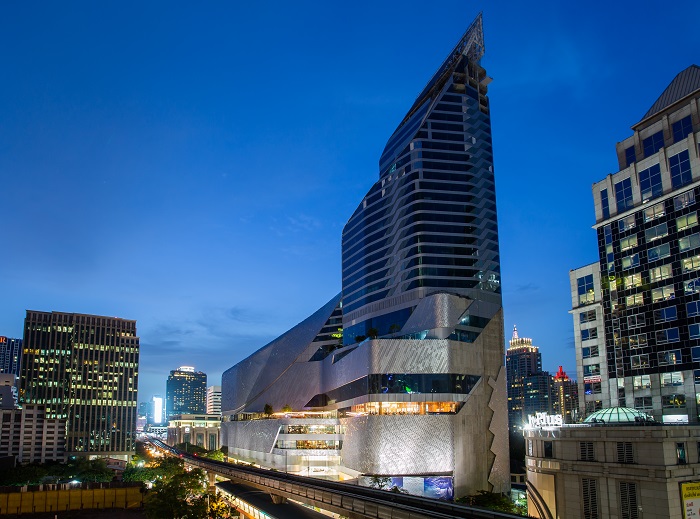 Located within the former gardens of the British Embassy, along Ploenchit Road, Bangkok’s primary commercial artery, the about 140.000 m2 mixed use project merges a seven storey luxury retail podium and a 27 storey five-star Park Hyatt hotel tower into a cohesive, architectural entity. The tower is the first to be completed by a British architect in Thailand. 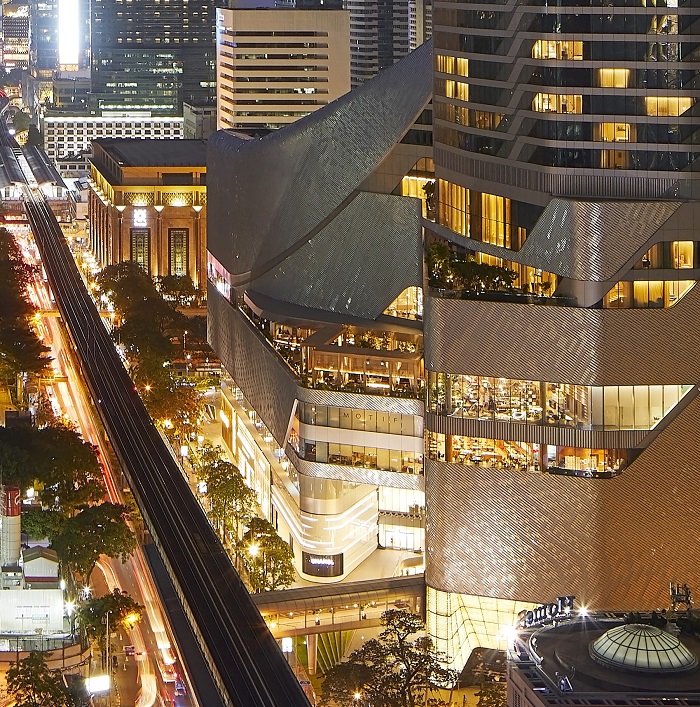 The hotel and shopping mall are bound together using the notion of a continual looped form to give a more intuitive merging between plinth and tower and between the programmes. The continuity of the tower line appears to break down the volume of the mass of the plinth, creating a structure that is asymmetrical in all dimensions. 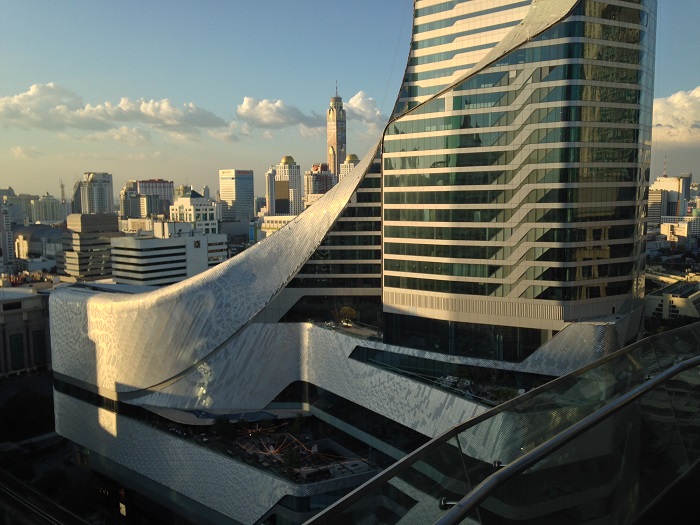 The openness of the form embraces the city and sets up reciprocal views, with a series of terraces outside and balconies within to see and be seen. 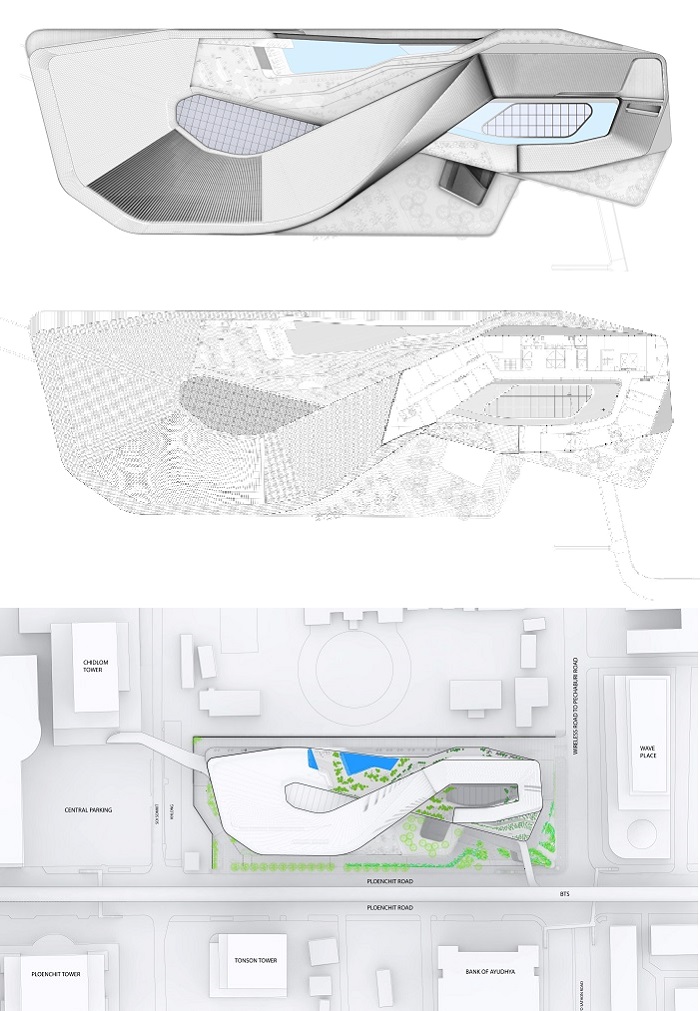 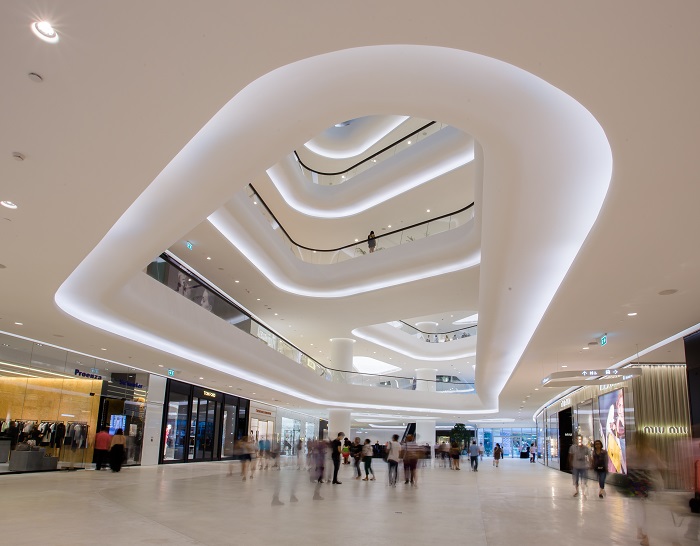 Uniting traditional craftsmanship with digital design technologies, the design of the façade builds on Thailand’s tradition of intricate pattern making. 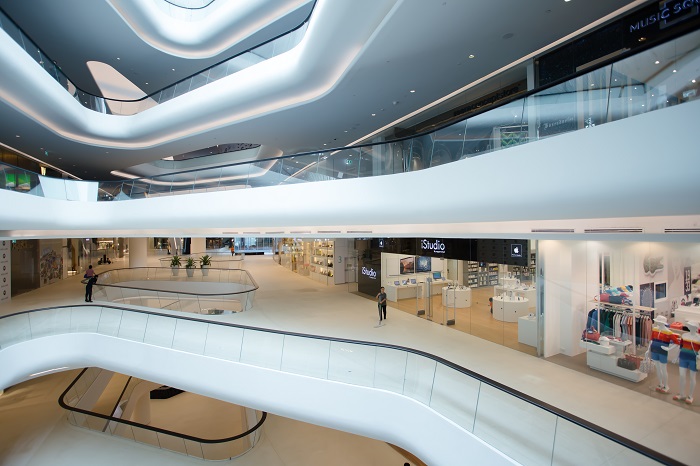 The exterior is clad in 300,000 aluminium tiles, each with two surfaces to reflect both the chaos of the city and the sky itself. 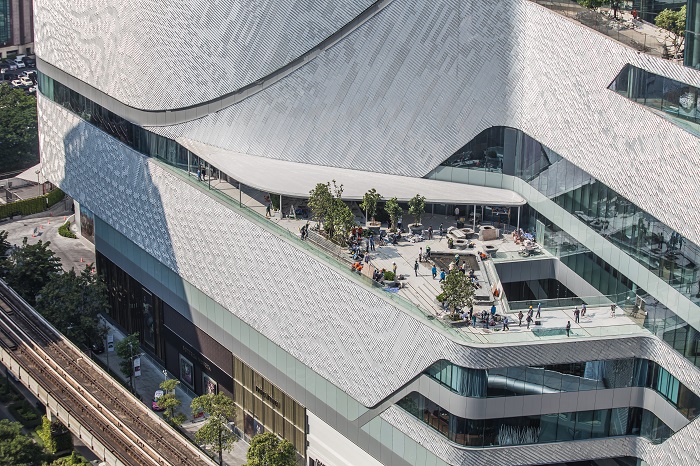 Creating a dynamic pattern in response to external conditions, the distribution of tiles creates a moiré-like effect, articulated by the play of light and reflection along the varying profiles. 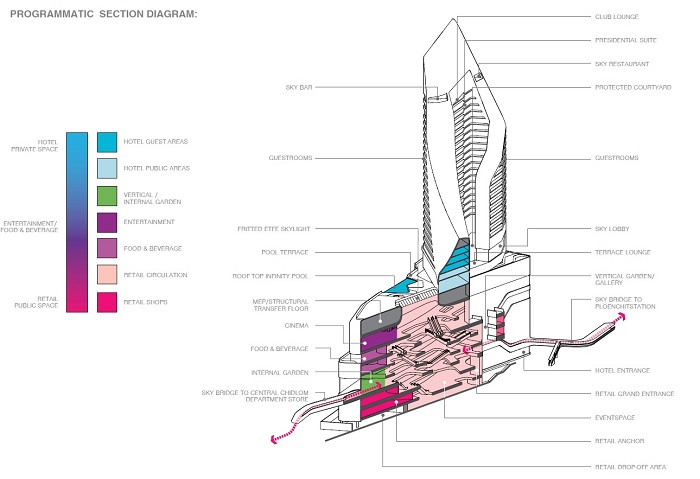 Amanda Levete, Principal of AL_A, said: “Central Embassy goes to the heart of what makes Bangkok such an extraordinary place. By embracing advanced technology as well as local heritage and culture, the building is local to its surrounding yet simultaneously redefines the location. A distinctive new presence on the skyline that is both fresh and exciting, Central Embassy nonetheless feels like it has always belonged here, already a valued part of the city.” 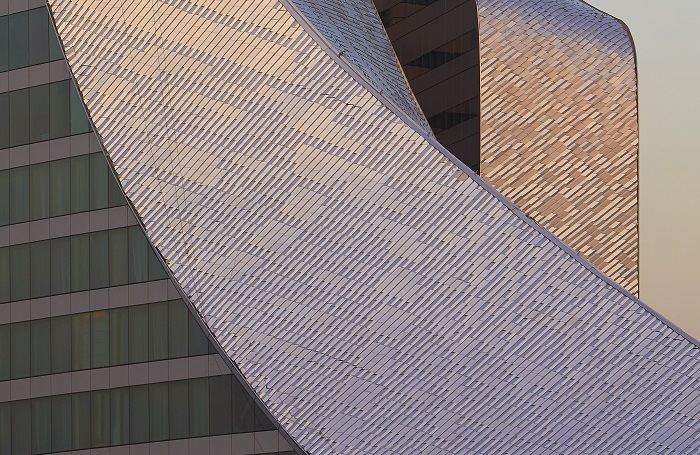