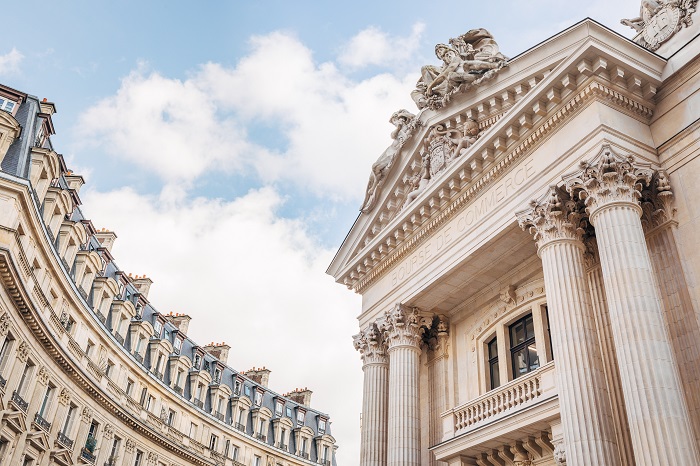 The Bourse de Commerce – Pinault Collection, whichopened in Paris last May, is a new Parisian museum showcasing a collection of contemporary works by François Pinault, a total of over 10,000 exhibits by almost 380 artists including paintings, sculptures, videos, photographs, sound works, installations and performance works. 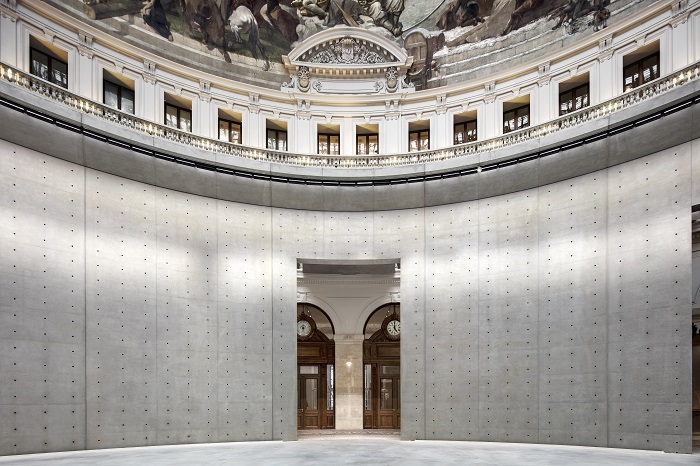 The Bourse de Commerce building is emblematic of Paris’s own history featuring a combination of a column dating back to the 15th century that was once part of Caterina de’ Medici Palace and some of the remains of Halle au Blé (the corn market). It has an imposing floor plan dating back to the 18th century that was completed by a magnificent metal and glass dome built in 1812. Renovated and transformed by Tadao Ando in partnership with Lucie Niney and Thibault Marca (studio NeM) and Pierre-Antoine Gatier and Setec Bâtiment, the project creates fresh interaction between the historical heritage and contemporary creativity. Officially opened in June 2017, this important project was actually completed in March 2020 after three years’ work. 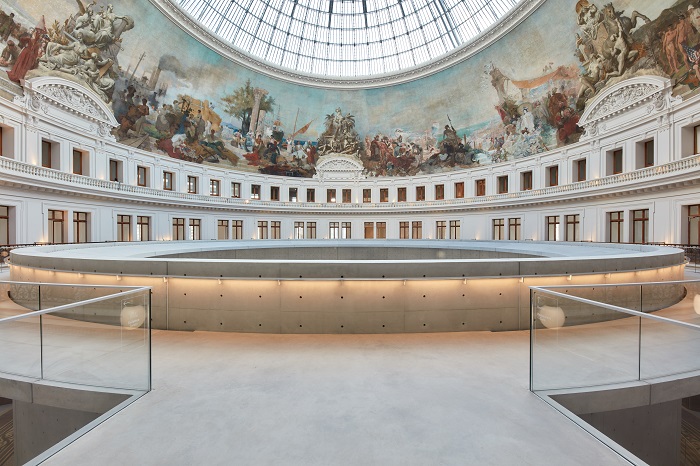 The Bourse de Commerce has 10 exhibition galleries plus reception/mediation spaces. A 284-seat auditorium is used for hosting conventions, meetings, projections, concerts etc. The “Studio”, a large “black box” located on the ground floor, can be used for displaying video-sound works. 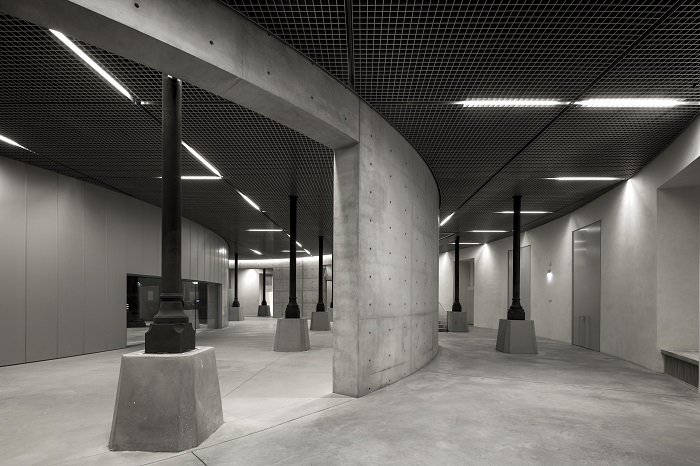 Tadao Ando’s project opens up the possibility of a new kind of interaction between architecture and its surroundings, between the artistic heritage and modern day-creativity, between the past and present and between art collections and visitors: “The Bourse de Commerce”, so the architect explained, “is set inside the rotunda in the middle of a circular building incorporating a cylinder that is 29 metres wide and surrounded by a 9-metre-high concrete wall, a feature that is perfectly faithful to the city’s urban symmetry. I wanted to create a composition of concentric circles designed to create subtle but intense interaction between the old and new. 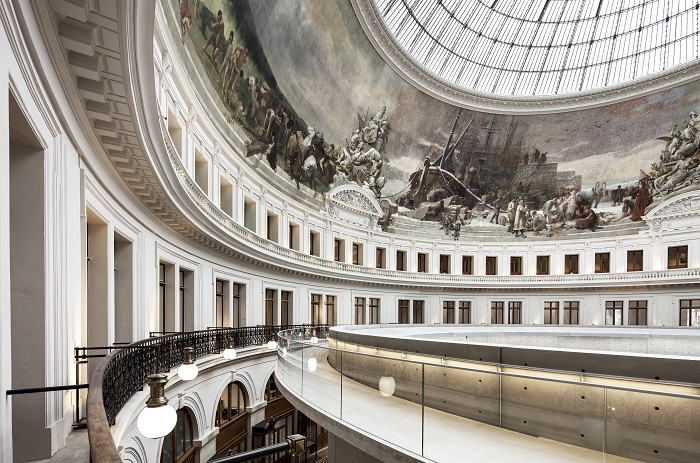 The cylinder accommodates a ground-floor exhibition space and auditorium located on the underground level. A circular space on the outside provides transition between the concrete walls and internal façade designed by Henri Blondel. Stairways allow access to the top level of the cylinder, where there is a circular pedestrian path. The paintings covering the dome mark the culmination of this sequence of spaces. 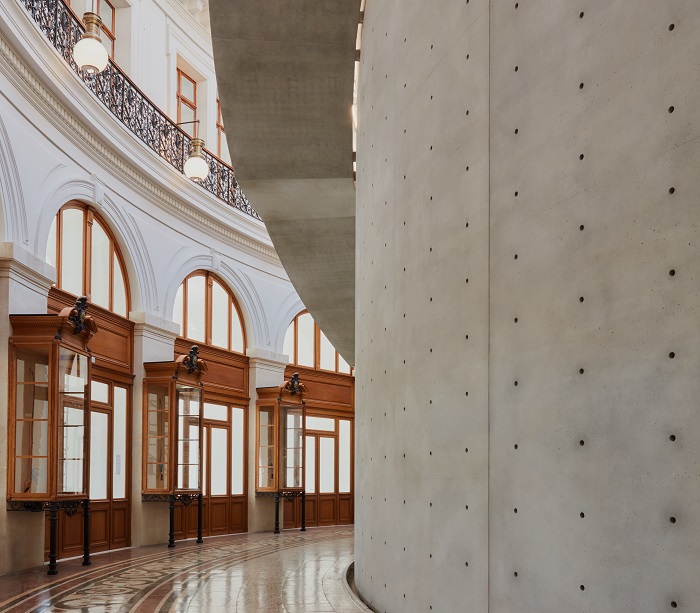 Set between the cylinder’s outside wall and the internal wall, there are stairways serving the various levels in a smoothly flowing design. A passageway on the second floor winds right around the cylinder. The third floor accommodates a restaurant with views across Paris, Nelson Mandela Garden and its surroundings”. 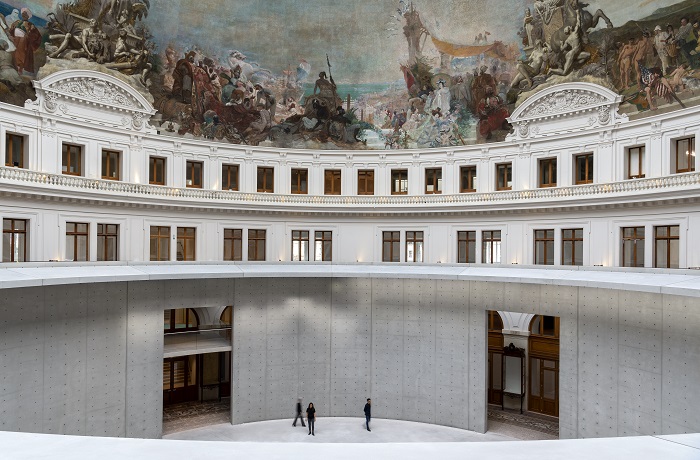 The cylinder measuring 30 metres in diameter is constructed out of a shell composed of two concrete walls set around a hollow core, a primary structure and a framework over concrete has been cast. This feature is based on the notion of reversibility: “If we wanted to, in 50 years’ time we could dismantle this concrete cylinder - so the architects claim - which has enabled us to solve acoustic issues as well as air-conditioning and lighting problems”. 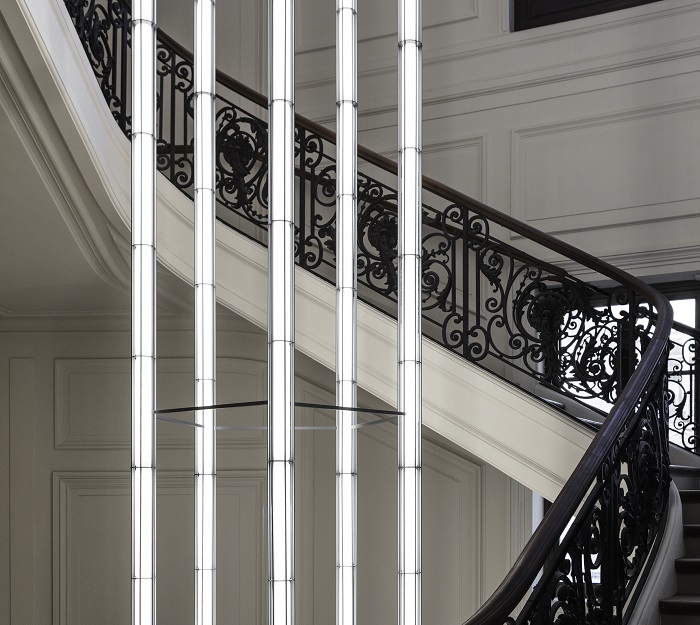 François Pinault commissioned Ronan and Erwan Bouroullec to select and design the interior furniture. They have also designed the restaurant in partnership with the NeM firm, which is run by Michel and Sebastien Bras. The two designers also created the urban furnishing around the building, in the square and along rue de Viarmes, a perimeter that has been opened up to pedestrians. 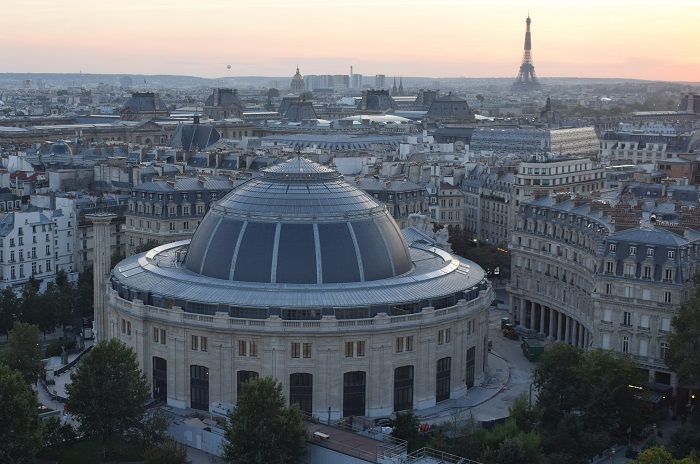