published in the​ l'Arca International n° 128

The gin-maker Bombay Sapphire commissioned to Heatherwick Studio the creation of the company’s first in-house production facility, including a visitors’ centre. Formerly a paper mill, the site contained more than forty derelict buildings, many of historical significance, which have been regenerated and restored as part of Heatherwick Studio’s master plan. 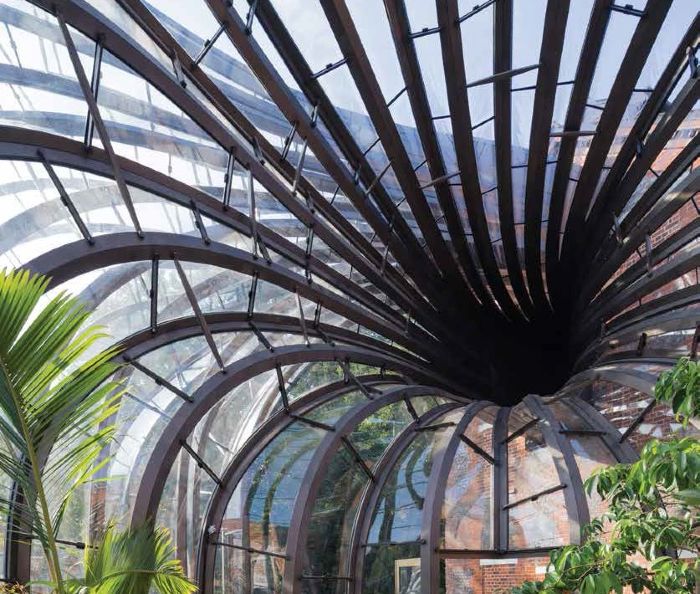 Central to the development of the master plan is the River Test, which was previously almost invisible, contained within a narrow high-sided concrete channel and largely covered over as the site had intensively developed over many years. The river became the central organising device to make sense of this complex industrial site and this accumulation offacilities. To make the water visible and valuable once more the river has taken on more than twice its original width and its banks reshaped with planted foreshores. In such a way, the Test has been transformed into a route that draws visitors through the site to a newly defined courtyard at its centre, surrounded by historic buildings. The original project brief included provision of a separate visitor centre. However the design team believed this not to be necessary, preferring to allow the public a more authentic experience by getting closer to the distillation process and seeing the sculptural copper gin stills in use. 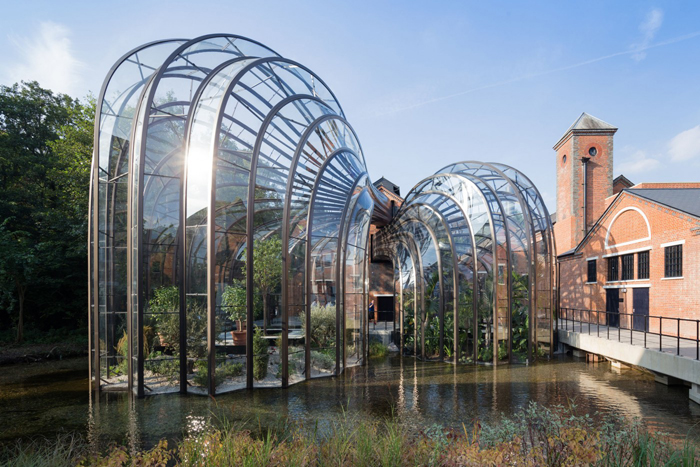 Heatherwick Studio’s master plan proposed the creation of two new glasshouses to grow specimens of the 10 exotic plant species used in the Bombay Sapphire distillation process. These glasshouses, one of them containing a humid tropical environment and the other a dry temperate Mediterranean climate, emerge from the northern still house to sit within the waters of the widened river. The connection to the still house allows waste heat from the distillation process to be recycled to maintain the warm climates for the plant species to flourish. The fluid geometry of these new glass buildings was influenced by recent advances in glass technology and by Britain’s rich heritage of botanical glasshouse structures. 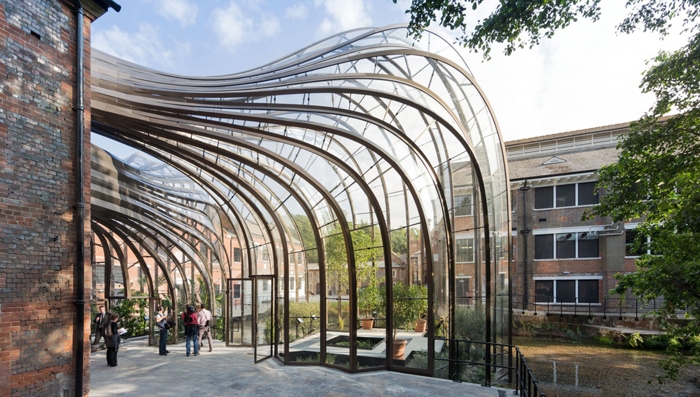