When Dante Benini operates on a smaller scale, his work as an architect is combined with interior design by Denise Viviani, who was a member of staff for 15 years and now works freelance but always gets involved in projects like this. One of the most recent undertakings is this apartment in Monte Carlo, whose owner is an important art collector who wanted home that had the gentle elegance of a New York apartment with Monte Carlo harbour as a backdrop rather than Central Park. Working with Denise Viviani it was soon realised that there was plenty of opportunity to work along these lines: an “S”-shaped structure was incorporated to separate the kitchen from the living room, where it was decided to create a kind of “secret” like those found in 18thcentury secrétaires: a sliding bookcase leading into the kitchen through an office, a decorative and functional piece of furniture constantly altering the basic morphology of the setting.

Another key feature is the living room wall facing towards the terrace overlooking the harbour. The dining area with its glass bow window suspended above the water is also extremely eye-catching, and there is a stairway-sculpture leading up to the second-floor sleeping quarters. Here are other details: corridors geared to the best possible ergonomics, Erco lights ensconced in the crowns of the walls, a network of rear-lit display niches set in the bookcase, dissimulated technical systems and a harmonious palette of greys from the Giorgio Armani Home collection.

Giorgio Armani has been Dante Benini’s friend and inspiration for over 30 years, both in terms of lifestyle and as a total Brand Ambassador. The wallpapered or smooth limewashed walls, finished with Scarpa-like precision by Venetian experts, and the designer furniture set out with great expertise inject breadth, motion and character into every room. Decorative sobriety placing just the right emphasis on both the spectacular views from the windows. 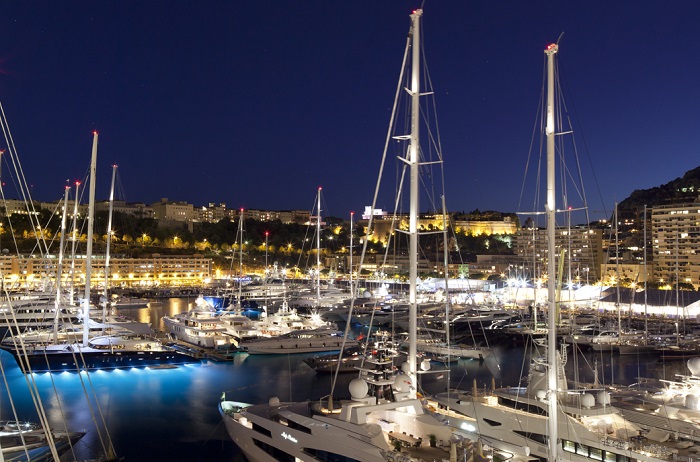