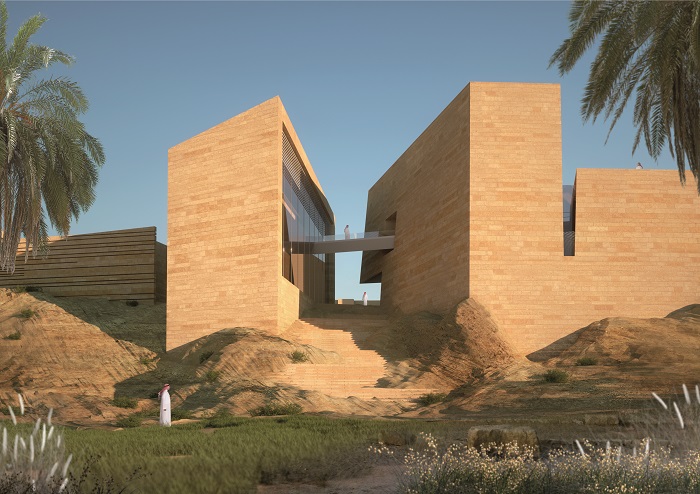 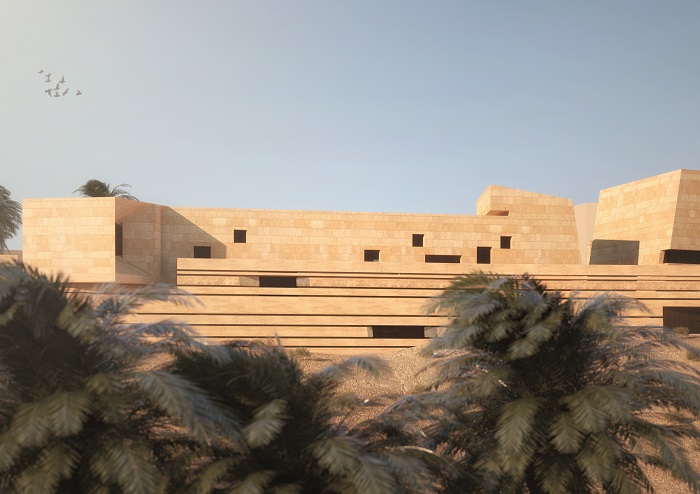 The context is Addiriyah, ancient Saudi capital today one of the most important archeology sites of the Arabic peninsula. It’s  an area, next to the city of Riyadh, characterized by a tight net of “Wadis” (valleys under which underground aquifers flow, therefore, very rich and green). The area for the new Art Center  is  along the slope of a rocky escarpment, that follows the layout of the Wadi, on top of a natural terrace dominating the surrounding countryside above a number of farm lands, gardens and a luxuriant palm grove. 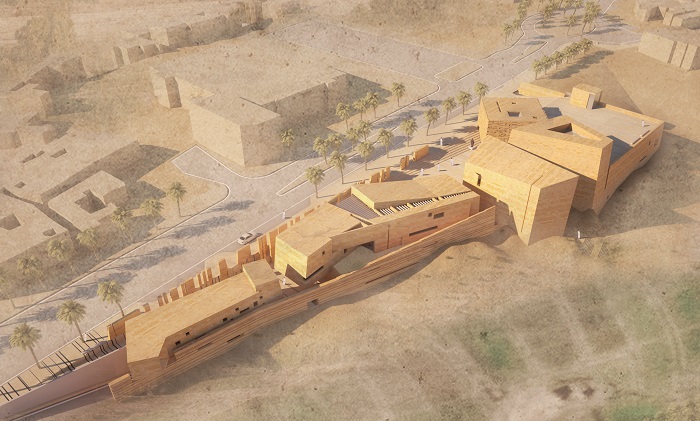 We are next to the edge of the modern town, bordering one of the few historical ancient fragments still untouched (although abandoned) which the project aims to safeguard and enhance. The Art Center is conceived in the role of harmonic definition of the border, its task is to mark continuity between natural and built environment. 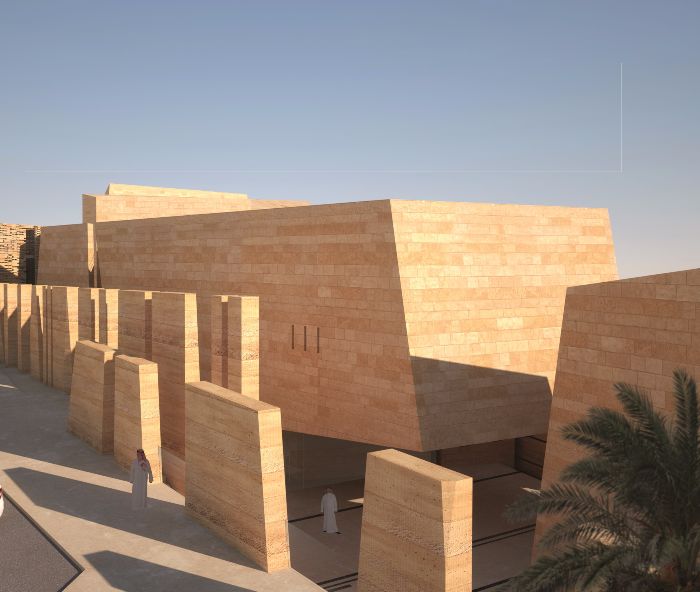 This is obtained by dismantling the existing retaining wall, in order to restore the hill’s natural shape. The tiny plot of these historical settlements has forced  the  designers to define the Art Centre not as a whole but as a fragment of the urban fabric,  made of volumes arranged in such a way to create an intermediate and complex space, similar to them, to be used as a urban area. This choice enables the presence of breaches, caesuras, openings  so that the whole becomes rich and irregular and the construction permeable. 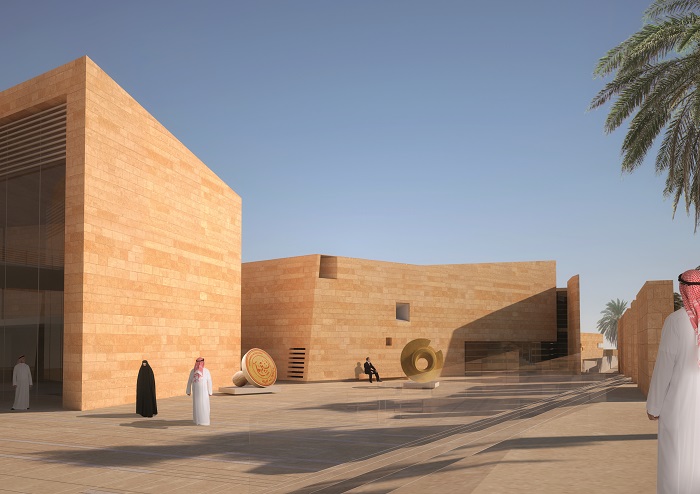 Geometry’s  rigid logic is continuously modified in order to follow landscape natural course enabling Nature to guide manmade structures rather than the opposite. This is how sights between volumes looking at the Wadi and vice versa become possible; they breach inside the exhibition area from  landscape stitching those visual links interrupted by a disorganized reconstruction, recovering  the feeling of a common belonging to the same area. 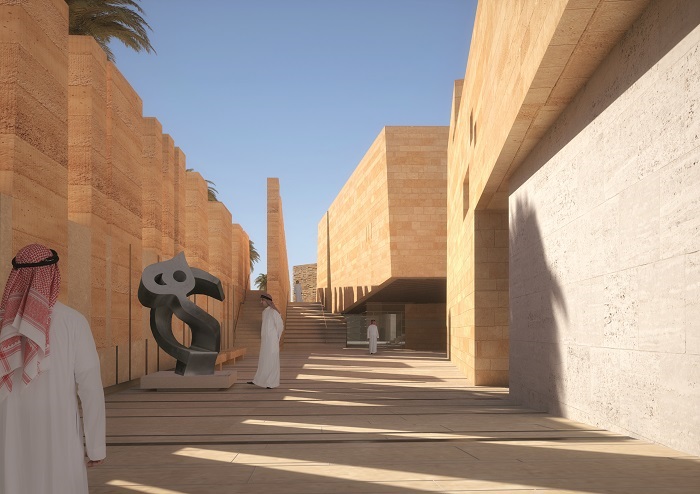 Visual stitching is enriched by creating  a terrace functioning both as a panoramic viewpoint and an exhibition area. It’s a square, connected to the road system, overlooking the Wadi  enabling  sight to embrace the entire territory up to Addirriyah ruins. 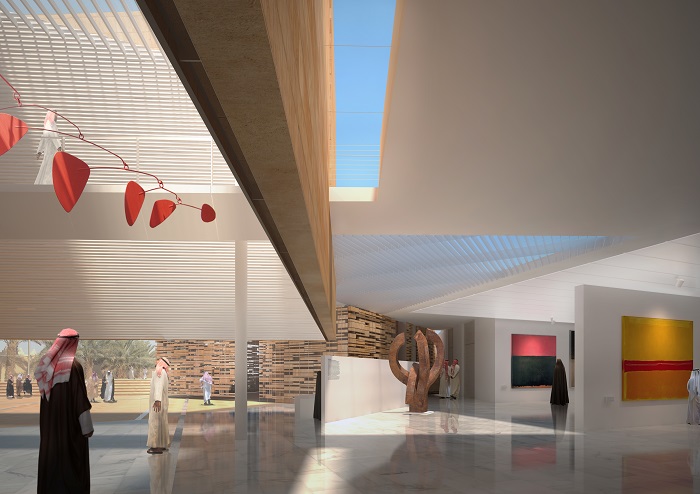 From a formal point of view Schiattarella  Associati  pays attention to essentiality of volumes and the continuity set by both land and construct in the ancient Addirriyah architecture. 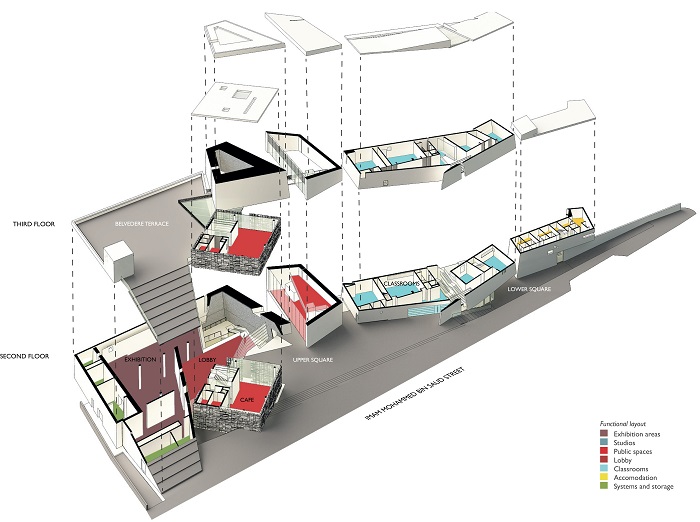 Volumes, rigid and essential, seem to rise directly from the ground merging  into the rocky slope. Result is a project that shows its presence without taking advantage of the context therefore is able to deeply settle in and give it a restored dignity. 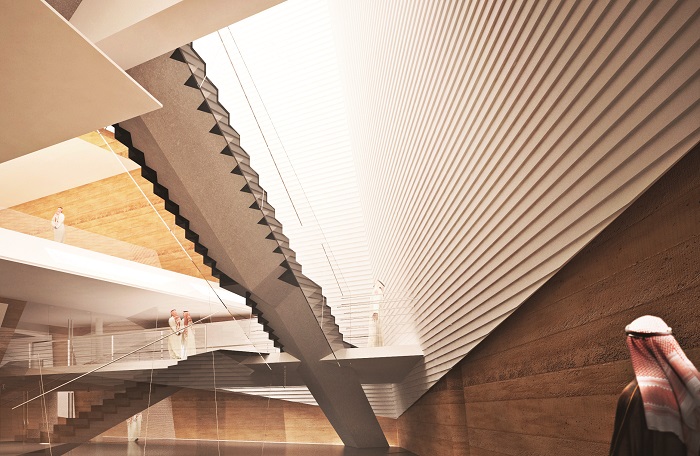